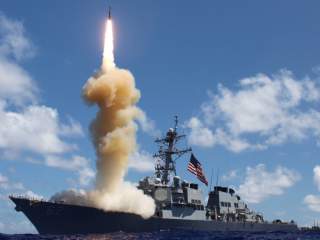 Washington and Seoul are planning to deploy U.S. missile defenses on South Korean soil in response to North Korea’s nuclear and rocket tests this year. The talks come after U.S. and NATO officials announced the completion of a new U.S. ballistic missile defense site in Romania—a key element of a joint NATO system—that aims to protect Europeans against missiles from Iran but not from Russia. The two sites are part of an evolving U.S. global missile defense network.

The United States justifies multibillion-dollar investments in missile defense technology because it believes that the capability to defend against ballistic missiles will, overall, help reduce nuclear risks to the United States and its allies in the twenty-first century. This conclusion is at the core of the current U.S. missile defense posture, known as the 2010 Ballistic Missile Defense Review (BMDR), and many believe it still holds. But its three basic premises are being challenged by a shift in the strategic environment.

The first premise was that nuclear risks posed by regional actors had increased, and new missile defense technology could help mitigate these risks. Defenses against limited missile attacks could deter and defend against states like Iran and North Korea, armed with nuclear missiles and exploiting nuclear blackmail strategies. Defense capability was necessary because, according to the BMDR, “deterrence by threat of strong offensive response may not be effective” against these new actors.

Today, North Korea remains a serious concern. Iran, less so. The recent deal to limit Iran’s nuclear capability reduces the need to defend against an Iranian nuclear bomb. To be sure, the nuclear agreement says nothing about ballistic missiles—Iran tested another one in October 2015. But there is little strategic value for Tehran to launch conventional missiles at European capitals, particularly if political relations with the West improve.

The second premise was that, in 2010, the nuclear risks posed by Russia had significantly decreased relative to the Cold War. Although Russia still had a large nuclear arsenal, it did not threaten to use it. The BMDR states that the United States and Russia are “no longer enemies” and there is “no significant prospect of war between them.” Consequently, while the United States must continue to ensure “strategic stability with existing nuclear powers,” this “more familiar challenge” is no longer top priority, the nuclear posture explains.

After Russia’s annexation of Crimea in 2014, this assessment changed significantly. The risk of military confrontation in Eastern Europe has increased, and with it, the risk of nuclear use. “We need a new playbook” to deter Moscow’s “malign and destabilizing influence, coercion and aggression,” U.S. Secretary of Defense Ash Carter said on October 14, 2015.

The third premise was that U.S. missile defense deployments need not increase nuclear risks among major powers, even though both Russia and China strongly opposed the U.S. program. Russia has claimed for over a decade that American global defenses would undermine strategic stability. Moscow warned of a new arms race and threatened military countermeasures if Washington didn’t limit its efforts.

The BMDR assumed that the United States could avert any alarming consequences of missile defense deployments. U.S. officials dismissed Russia’s arms race rhetoric as politically motivated, aimed largely at a domestic audience, and not based on objective technical facts. Simultaneously, they believed Moscow’s legitimate concerns could be addressed through diplomacy. The U.S. ambassador to Romania, Hans Klemm, repeated on December 18, 2015, that missile defense is "not directed at Russia, nor does it have the capability to threaten Russia.” “We have explained this to Russia on numerous occasions," he said.

U.S. and NATO diplomatic efforts to cooperate with Russia on missile defense resulted in a stalemate and were officially suspended in April 2014. In response, Russia is doing exactly what it has said it was going to do: modernize its nuclear arsenal and develop a new aerospace defense system—all explicitly aimed to counter the United States and its European allies.

China has not accepted the Obama administration’s offer for strategic dialogue on missile defense. Beijing now claims Washington’s new proposal for more missile defense in South Korea “would have a grave impact on China’s security.” Secretary of State John Kerry assured his Chinese counterpart Wang Yi on February 23 that “If we can get to [North Korean] denuclearization, there’s no need to deploy THAAD,” the high-altitude missile defense system planned for South Korea. Yet, in Europe, the United States and its NATO allies are moving ahead with deployments without a serious discussion on whether and how the reduction in the Iranian nuclear threat affects existing plans for missile defense in that region.

Defending against a nuclear strike in a world which has seen the atomic bomb as the ultimate weapon has provoked controversy since the 1950s, when missile defense technology became more than a hypothetical possibility. The United States and the Soviet Union came to a shared belief, enshrined in the 1972 Anti-Ballistic Missile Treaty, that unrestrained missile defense capability would threaten strategic stability based on mutual vulnerability. In 2002, the United States withdrew from this Cold War agreement because circumstances had changed.

Today’s world is different. It’s not like the Cold War. But the promises of a U.S. “reset” with Russia are, for now, also dead. China’s rise and Russia’s assertiveness increase the likelihood of regional conflicts. In today’s world, missile defense might increase some nuclear risks while decreasing others. It might be stabilizing in one context but destabilizing in another.

To be sure, a new U.S. administration in 2017 will review national defense strategy. Missile defense will be part of that review. But many U.S. defense experts today assume the BMDR's basic priorities still hold. They don’t.

This raises many controversial questions. Is it worth building a missile defense system in Europe against Iran? Should regional defenses target Russia? Are verifiable limits to U.S. and Russian missile defense capability desirable?

Missile defense was a new addition to America's existing—but apparently outdated—nuclear deterrence playbook. Its strategic role should be fundamentally reassessed.

Ivanka Barzashka is a MacArthur Nuclear Security Fellow at the Center for International Security and Cooperation, Stanford University and a researcher at the Department of War Studies, King's College London.