America's Most Mediocre President Ever 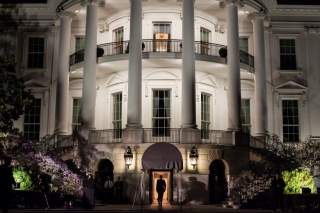 Is it fair, though, for us to ignore the most mediocre president in U.S. history, the man who belongs precisely at the very midpoint of the presidential rankings? After all, this intermittent concentration on presidential greatness and presidential incompetence leaves out any consideration for those middling gentlemen who were neither great nor bad, just mediocre. After all, as the late senator Roman Hruska once said in defending a Supreme Court nominee who was utterly unqualified for the job, “Even if he were mediocre, there are a lot of mediocre judges and people and lawyers. They are entitled to a little representation, aren’t they?...We can’t have all Brandeises, Frankfurters and Cardozas.”

Too true, Senator. And we can’t have all Washingtons, Lincolns and Roosevelts, either. The world doesn’t work that way, and, anyway, not every era demands such presidential greatness. And so now, in the spirit of Roman Hruska, I venture forth with my candidate for the country’s most solidly mediocre president—Grover Cleveland.

Most Americans don’t know much about Grover Cleveland. Not their fault, really. He isn’t a man who gets much attention in school these days. Generally, there are just two things that most people know about the man from Buffalo—first, that he was the only president who served two non-consecutive terms; and, second, that he fathered a child out of wedlock.

Leaving aside his personal life—as did the voters in 1884, when he was first elected—we can say that Cleveland deserves some credit for being twice elected to the presidency. That’s no mean feat. Of the forty-four presidents, only ten managed to get elected twice (four times for FDR). (Two others, Theodore Roosevelt and Calvin Coolidge, succeeded to the presidency upon the deaths of their predecessors and then were elected in their own right).

But, while this twice-elected record represents a significant political accomplishment, it must be noted that Cleveland’s Democratic Party lost the White House after each of his two terms. The first time, he was on the ballot for reelection and was upended by Benjamin Harrison. Then, after he defeated Harrison and reclaimed the White House four years later, his party felt that his second-term record didn’t justify retaining him on the Democratic ticket.

The first defeat, in 1888, was a near thing. He actually outpolled Harrison in the popular vote but lost the presidency in the Electoral College. During Cleveland’s first administration, the economy expanded nicely. He signed the Interstate Commerce Act, designed to rein in abusive railroad trusts, although he had done little to promote the law and didn’t identify himself with it. He also curtailed abuses in the expansive Civil War pension and disability program.

But, on the other side of the ledger, his administration lacked energy. It brought forth no major domestic initiatives and no foreign policy actions of note. Cleveland’s effort to reduce tariff rates, a hallmark Democratic position, faltered in Congress. Worse, his tenure was beset by extensive labor protests that led to a significant loss of life and extensive property damage. In 1886 some 600,000 workers participated in more than a thousand strikes and lockouts, double the number from the previous year. In May 1886, during a series of nationwide strikes and rallies, Chicago police fired on protesting workers, killing several. The next day a retaliatory bomb killed eight police officers and injured 67. A police counteroffensive led to several deaths among protesters. As labor unrest continued through Cleveland’s tenure, with intermittent deaths, many Americans felt the country was coming unhinged, and some feared a dark radical conspiracy.

The result was that Cleveland lost his native New York, a state that had given him his margin of victory four years earlier. Now it sealed his fate as a one-termer.

After staying in the game and getting elected again in 1892, largely because of Harrison’s failings, Cleveland faltered seriously in his second term. Indeed, while his first term could be called a mild success, his second term was a clear failure, characterized by a persistent economic downturn that unleashed extensive bank failures, corporate bankruptcies, and devastation in the farm sector. Cleveland seemed inert in the face of the crisis and proved incapable of acting effectively when domestic tranquility was shattered with further massive labor strikes and governmental efforts to quell street protests.

There are two indices for assessing presidential performance—the judgment of the voters; and the judgment of historians and other academics in the various surveys conducted over the years aimed at ranking the presidents. Both offer interesting assessments of this solid but undistinguished man.

The voters had it about right. In almost retaining him in office in 1888 (and giving him a popular-vote win), the electorate gave him a pretty good performance review—though just insufficient for rehire. But, in assessing his second term, even his party concluded he had to go. He had no standing with the American people.

The academic surveys suggest that Cleveland’s standing in history has declined over the years. In the first poll, conducted by Harvard’s Arthur M. Schlesinger Sr. in 1948, Cleveland actually was ranked eighth. Perhaps he was riding high because the noted historian Allan Nevins had just produced a hagiographic biography of the man, entitled Grover Cleveland: A Study in Courage. It garnered a Pulitzer Prize for Nevins.

Of course, I would put him at 22nd—halfway between the top and the bottom. In other words, mediocre in the spirit of that sage of mediocrity, Mr. Hruska. But it might be instructive—or at least interesting—to note just which presidents ended up at the precise midpoint in the various academic surveys. In the seven I used for my 2012 study on the presidency, Where They Stand, the midpoint presidents are: Martin Van Buren (twice), William McKinley (twice), John Quincy Adams, Bill Clinton, and William Howard Taft.

I disagree. My vote for the champion of mediocrity goes to Grover Cleveland.