America's New Economy: To the Risk Takers Go the Spoils 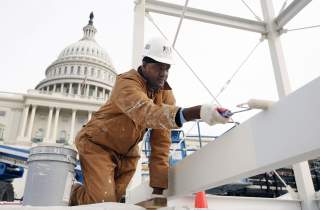 Sometimes, the grass is greener. Economists, perplexed by the lack of wage pressures generated by the current economy, were looking in the wrong places. The quitters are the ones being paid.

Former Fed Chair Janet Yellen once stated that quits, as measured by the Bureau of Labor Statistics Job Openings and Labor Turnover Survey, were one of her favorite indicators. When people are quitting (which does not include layoffs, firings, or retirements), it is a signal of confidence in the ability to find a new job along with better wages and benefits.

Because of the amount of signal it contains, it is one of the best indicators of underlying labor market dynamism. Currently, there are more than three million quits per month, equating to more than 25 percent of the United States quitting their job in 2018 if the pace is maintained.

So how are the quitters the winners in the current economy? One of the most obvious ways is through their wage gains. The Atlanta Fed publishes wage data for compensation between “job stayers” and “job leavers.” Now, wages are surging for job leavers (+4.4 percent) and relatively tepid for job stayers (+2.7 percent), according to wage data from the Atlanta Fed. This means there is indeed an incentive to switch creating a dynamic where the number of quits should continue to climb as long as this holds true.

Of particular note, wages for job leavers are near cycle highs and rising at a clip similar to previous cycles. Job stayers wages are well past their peak and did not see quite the expected recovery in following the Great Recession. The caveat to this data point is that the wage gains are likely skewed toward younger, more mobile workers with in-demand skillsets, not the broader population.

If there is an incentive to leave for higher wages, it tends to generate a higher level of quits. This makes sense: economics is basically a study of incentives, and one of the most powerful is wages.

But it can also work in reverse. When the wage dynamics flip (stayers over leavers), it is a sign a recession is near or likely already begun as businesses retrench and avoid making costly new hires. With the incentive to switch gone, there is a less quitting and even the possibility of lower wages for those who do switch.

Should stayers begin to see higher wages this year? After all, the economy is doing well, and that would typically lead to wage pressures. Not necessarily, according to the National Federation of Independent Business and the U.S. Business Leaders Survey, which both agree that wages will be higher, but neither shows signs of a significant acceleration. In fact, both have seen the expectation of wages and compensation decline in the past couple of months.

Granted, the small business indicator is higher from a year ago, but it is still declining. Declining does not mean lower wages. But it does point to a lower likelihood of gains for stayers. The surveys do not break out the expectations for wage between stayers and leavers, but it is not a wild assumption that business leaders are predominately thinking about their current employees when answering the survey questions.

While quitting is typically associated with Millennials, the Boomers were not career company people either. A study of people born between 1957 and 1964 by the Bureau of Labor Statistics found that these Boomers held an average of about twelve jobs by the time they were fifty. It should be said that most of these were during their early career year, and the pace of switching slowed dramatically as they aged. Nonetheless, it is not a new trend brought to us by the Millennials. The Boomers (at least the ones in this survey) were prolific job switchers in their own right.

In many ways, the reality of wage growth is even starker in this light. Without a tremendous number of people switching jobs for higher wages, the outlook for wage growth would be far worse.

Thus, when dynamism decelerates, wage gains are likely to falter. Even if the labor market remains healthy and creates jobs at a rapid clip, the slowing of switching will cause fewer workers to see the wage gains from switching, slowing the overall wage gains. And, for stayers, accelerating wage gains may not be in the cards. Wages are rising. To the quitters go the spoils.