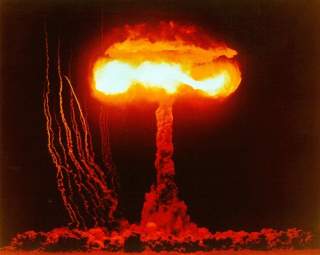 The April 2 framework agreement between the P5+1 and Iran fails to address an important risk posed by Iran’s nuclear program. Through a combination of restrictions on Iran’s nuclear activities and facilities and more intrusive verification mechanisms, the framework adequately addresses two major risks posed by Iran’s nuclear program—breakout and sneakout. The framework, however, completely ignores the risk of leakout: the proliferation of nuclear technology and expertise from Iran to other countries. Iran, once the recipient of foreign nuclear assistance, is now poised to provide that assistance, either deliberately or through unauthorized acts by scientists or companies, to other countries.

Indeed, certain provisions of the framework may exacerbate the risk of leakout if preventive measures are not taken. Iranian foreign minister Javad Zarif has said that Iran may sell part of its stockpile of low enriched uranium on the international market and “hopefully make some money.” The final agreement, due for completion by June 30, needs to include provisions to minimize the risk of nuclear leakout from Iran. The P5+1 should insist that Iran forgo most exports of nuclear technology, grant the P5+1 oversight over proposed exports of nuclear materials, strengthen its export controls over dual-use materials and technologies and convert the fortified Fordow facility into an international physics research center.

According to the widely respected Institute for Science and International Security, the limits imposed on Iran’s heavy-water reactor and uranium-enrichment program will lengthen it’s time to “break out” and build a nuclear weapon to about fifteen months. To address the risk that Iran could construct covert enrichment facilities, as it has down twice before, Iran has agreed to grant the International Atomic Energy Agency (IAEA) greatly increased inspection powers over the full range of its nuclear facilities, as well as centrifuge component production facilities and the nuclear program’s supply chain. An additional safeguard against sneakout is that Iran has agreed to import dual-use materials and technology only through a dedicated, internationally monitored procurement channel. The combination of these inspection and monitoring measures will greatly complicate Iran’s ability to divert uranium or centrifuges to a covert facility or build such a facility using foreign assistance. While the efficacy of these provisions strongly depends on details that have not yet been finalized, they provide a solid foundation for addressing the risks of breakout and sneakout.

The framework, however, lacks any provisions to prevent Iranian nuclear technology and expertise, which is now quite considerable, from fueling proliferation in other countries. History is unfortunately replete with examples of nuclear leakout. Renegade centrifuge experts from Germany helped Libya, Pakistan and Iraq develop their uranium-enrichment programs. Government scientists, like the Pakistani metallurgist AQ Khan, have used their networks to sell enrichment technology to foreign governments seeking nuclear weapons. Indeed, Iran was one of Khan’s first customers. Individuals and companies across the world have also engaged in illicit nuclear trade, all too often turning a blind eye to the intended use of their wares in the pursuit of profit. Furthermore, countries such as the Soviet Union, France, China and North Korea have engaged in dedicated efforts to help other countries develop nuclear weapons.

There are several reasons to be concerned that Iranian scientists, companies or government officials could join this list of proliferation enablers. The freezing of Iran’s centrifuge manufacturing base and strict limits on research and development of advanced centrifuge models means that Iranian companies and scientists may find themselves with an abundance of capacity, materials and skills that cannot be fully utilized within Iran. Iran, like Pakistan, has constructed an elaborate international network to fuel its illicit trade in dual-use goods. As happened in the case of Pakistan, the flow of goods and technology can be reversed, as members of the network find new customers for their procurement services. The International Institute for Strategic Studies has warned, “The combination of an often-apocalyptic religious zeal [of the Islamic Revolutionary Guard Corps], a proven history of smuggling, and the business connections that will have been forged with technology suppliers to the Iranian nuclear programme could provide the basis for a dangerous onward supply network.” Iran has also used the promise of nuclear cooperation to solidify its relations with existing allies such as Venezuela and Sudan and as a means of attracting support from countries such as Algeria, Brazil and Turkey against Western efforts to curtail its self-proclaimed peaceful nuclear program.

Whether from ego-driven scientists seeking to continue their life’s work, greedy nuclear mercenaries or as a tool of Iranian foreign policy, leakout from Iran’s nuclear program will pose a risk to the nonproliferation regime unless preventive measures are taken. The United States and the rest of the P5+1 should include the following four measures in the final nuclear deal with Iran:

– Iran should make an explicit commitment not to export materials, equipment or technology related to reactors, heavy-water production, enrichment and reprocessing.

– The P5+1 should retain the right to approve Iranian exports of nuclear materials and any exceptions to the pledge not to export nuclear technology.

– The P5+1 should assist Iran in strengthening its export controls on dual-use equipment, material and technology as required by United Nations Security Council Resolution 1540.

– The underground Fordow facility, which will be allowed to keep one thousand centrifuges to produce stable radioisotopes, should be converted into an international research center with strong participation by scientists from the P5+1. Internationalizing Fordow and limiting its activities to basic research in physics, such as studying cosmic radiation, would help keep Iranian scientists engaged in peaceful research and ensure a high degree of transparency at the most worrisome Iranian nuclear facility.

While the risks of breakout and sneakout pose more immediate challenges, leakout

poses a long-term threat to the nuclear nonproliferation regime. Preventing Iran from becoming a supplier of sensitive nuclear technology or the emergence of a Persian version of the AQ Khan proliferation network is a worthwhile and feasible goal to strive for as negotiators seek to seal a nuclear deal. A modest effort now could help forestall the next nonproliferation crisis.

Gregory D. Koblentz is an Associate Professor in the School of Policy, Government, and International Affairs at George Mason University and author of the Council on Foreign Relations report, “Strategic Stability in the Second Nuclear Age.”