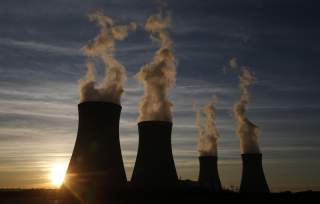 Congressional battles over U.S. nuclear exports revolve around terms in civil cooperation agreements intended to protect against their diversion to military uses. The latest example is the whether the proposed agreement with the Kingdom of Saudi Arabia should include a bar to uranium enrichment. It definitely should, but is this enough to keep the kingdom from making bombs?

The question applies not only to the kingdom. The civil cooperation agreements with importers are the legal basis of American trade in nuclear technology. The fundamental requirement, the sine qua non, is that such exports be subject to periodic inspection by the International Atomic Energy Agency (IAEA). There are generally additional conditions concerning the disposition of produced plutonium and production of enriched uranium. Such agreements make sense among countries with a history of observing their international commitments.

Yet even such countries may, over a time scale shorter than the lifetime of nuclear facilities, have a change in government that throws their commitments into question. In practice, there is little we can do, or are willing to do, to restore the protection originally intended. India, for example, promised to use U.S.-supplied heavy water, necessary to operate its research reactor, strictly for “peaceful purposes.” It then used it to produce plutonium for its 1974 bomb. When called to account, the Indian government said it was a “peaceful” bomb. We let it go, and India continued to use the reactor with U.S. heavy water to produce plutonium for its nuclear weapons.

But, for the moment, let us set that problem aside to deal with an even more serious one. What if one is dealing with a secretive country that has demonstrated a contempt for the world community and a readiness to flout its agreements, for example, by throwing out the IAEA inspectors? That is what North Korea did in 1992. The United States responded by offering a $5 billion nuclear bribe, in the form of two large nuclear power plants, for the North to drop its threat to leave the Non-Proliferation Treaty (NPT). In the end, the nuclear plants were not completed, and the North Korea left the NPT anyhow. But what if they had been, and North Korea controlled its very large plutonium output, enough for dozens of bombs a year? Could we have counted on it not to turn that plutonium to military use? And if it did, was there anything we could realistically have done to stop them?

What it comes down to is that the civil cooperation agreements, incorporating nonproliferation conditions and backed up by international inspection, are valuable and effective tools when dealing with basically well-intentioned countries. The system is effective for dealing with small departures from the norm and making corrections (an example here is the discovery several years ago of an amount of plutonium Japan failed to report to the IAEA).  But it is not effective for dealing with malevolent states that at some point are ready to toss their commitments aside.

The question of who is reliable and who is not is a sticky one that the nuclear export review system tends to finesse in favor of approval. The Trump administration is not the first to give nuclear exports priority for putative reasons of American jobs and American influence. What it and its adherents added in the current debates over nuclear exports is the notion that we need to export to keep up the industrial base for our nuclear weapons systems. There is now hardly a country that cannot come up with an “excellent nonproliferation credentials” rating from the State Department.

Which brings us back to the case of Saudi Arabia. An honest appraisal has to conclude that it is a medieval absolutist state with no internal accountability for the ruler—in principle the king, but in practice the crown prince, Mohammed bin Salman. An agreement with Saudi Arabia today is not an agreement with a country of laws, it is an agreement with the prince. In the murder of a permanent U.S. resident in Turkey whom the prince found troublesome, he has shown himself ready to commit the ultimate crime. And in his reaction to world criticism he has exhibited the utmost contempt for world opinion. How can we imagine that any nuclear export to Saudi Arabia is safe from diversion to use for nuclear weapons, especially after the crown prince made clear he will get nuclear weapons if his enemy Iran does?

There is more to be concerned about. Saudi Arabia’s rulers do not belong in the twenty-first century. The life expectancy of the kingdom is an iffy proposition. Over one-third of the population is foreign. Who knows how long the ruling family will last, and who will replace it, and what their intentions will be? What we do know is that, as was the case with Iran after the Shah, any nuclear facilities the current rulers obtain will still be there. In short, nuclear exports to Saudi Arabia are too dangerous a proposition. As for the argument that other nuclear exporters are less fussy, our efforts should be directed at preventing those, as well.

More broadly, we need to stop pretending that we have a workable system to prevent misuse of our nuclear exports. The formal checking of boxes in the executive branch and Nuclear Regulatory Commission tells us little about how the nuclear export will be used in coming decades. A recent senatorial comment at a nuclear hearing captures the reality, we cross our fingers and hope nothing bad will happen.

In the IAEA we have an international system to detect signs of violations of commitments, or at least to serve as a tripwire. Whether it will come in time is another matter. But even if it does, after detection, what? The truth is we don’t have a comparable system of enforcement. Every case is a new improvisation, and our record on that score is not a good one.

All of this suggests we need to rethink our nuclear export policy. It would be wise to identify countries or regions that ought to not receive significant nuclear goods or technology, starting with the Middle East.