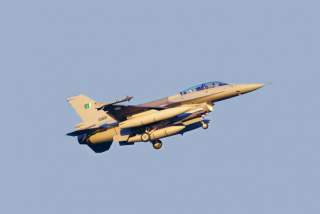 This week, the Congressional Research Service published a list of all major U.S. arms sales and grants to Pakistan. Washington claims that these transfers enable Pakistan to be better a partner in the U.S.-led war on terrorism. The evidence belies these claims. In fact, Pakistan undercuts key U.S. interests in the region and it perdures as a source of Islamist terrorism at home and abroad. The items that Washington has conveyed to Pakistan have little utility in fighting insurgents and terrorists; rather, they enable Pakistan to better fight India, a democratic American partner that has long endured Pakistani predations. A new American policy towards Pakistan, rooted in sober realism, is long overdue.

What tangible benefits has Washington secured for these emoluments? Very few it appears. Victory in Afghanistan was long ago lost. Pakistan is more unstable than ever. Even though Washington justified this largesse in terms of securing Pakistan’s cooperation in the Afghan war, Pakistan unrelentingly supports the Afghan Taliban, which has killed 2,356 U.S. military personnel, and is responsible for 677 coalition military deaths, as well as the deaths of thousands of civilian contractors (for whom there is no official count), more than 21,000 Afghan civilians since 2001, and more than 20,000 Afghan police and army personnel since 2003. Insurgents killed more than 5,000 ANSF in 2014 alone. Pakistan continues to support the Jalaluddin Haqqani network, which launches sophisticated suicide operations against U.S., NATO, Afghan and Indian targets in Afghanistan. Without Pakistan’s direct military, diplomatic, political and financial support—as well as secure sanctuaries—in Pakistani territory, the insurgents would not be as lethal or as capable as they are. And, of course, Osama Bin Laden was discovered a short distance from Pakistan’s famed military academy at Kakul. Pakistan has not even bothered to investigate who facilitated his tenure in the country. Apparently, this is what cooperation looks like.

These U.S. policies towards Pakistan have guaranteed a more dangerous world for several reasons.

First, this assistance better situates Pakistan to wage war against India while doing nothing to shape Pakistan’s will or capabilities to target terrorists and insurgents. This should vex Americans, Indians, Afghans and even ordinary Pakistanis who are the terrorists’ most common victim.

Second, U.S. efforts to bolster Pakistan’s ability to fight its rebelling clients are stymied by the simple fact that Pakistan continues to create terrorists while fighting a selective war against others. Pakistani soldiers and citizens are dying at the hands of recalcitrant elements of the Pakistani Taliban, yet the deep state continues to churn out “good terrorists” such as Lashkar-e-Taiba (now operating under the names of Jamaat-ud-Dawa and Filah Insaniyat Foundation) and Jaish-e-Mohammad. It even tolerates sectarian killers who reliably mow down any Shia who may be suspected of being a “fifth column” for Iran.

Third, Washington provides Pakistan access to these weapon systems even despite Pakistan’s failures to comply with the numerous conditionalities which the U.S. Congress has emplaced upon such assistance. Currently, the United States provides this assistance under various waivers. In doing so, Washington erodes its own credibility, demeans its own laws, and rewards Pakistan for engaging in the very activities that the United States seeks to curtail. Worse, given the fungibility of funds, the United States has subsidized Pakistan’s investment in its jihadi and nuclear capabilities. This policy of allurements is an affront to all of Pakistan’s victims including U.S. and NATO personnel in and out of uniform who have made great sacrifices in Afghanistan; thousands of Indians murdered by Pakistani terrorists since 1947; and tens of thousands of Afghans slaughtered by Pakistan’s proxies over the same period.

This madness must stop. Successive U.S. administrations have worried about the next war in South Asia, arguing that the most likely precipitant of that war will be a Pakistan-backed terrorist attack on India. If the United States is truly worried about this scenario, why is it prosecuting policies that make this outcome more likely—not less?

If there is any hope of rectifying this mess of Washington’s making, it must quickly adopt a new policy towards Pakistan that embraces containment and serious punitive actions unless Pakistan closes down the various jihads it runs.

Opponents of this approach erroneously cite the invocation of the Pressler Amendment sanctions in 1990, opining that it failed to prevent Pakistan’s nuclearization in its 1998 tests, and attribute the rise of the Taliban and the events of 9/11 to this decision. These arguments are all wrong. Pakistan acquired the bomb in the early 1980s. Moreover, nothing about that cut-off required Washington to outsource its Afghan policy to Pakistan, which ultimately sowed the seeds of 9/11 rather than the sanctions.

Fearing that Pakistan is too dangerous to fail, pusillanimous members of Congress, as well as officials in the White House and the Departments of State and Defense, are wary of moving away from the status quo and the uncertain future that may ensue. One thing is certain: their failure to act now will ensure more terrorism and more death in the future. And they will have only themselves to blame.

C. Christine Fair is an assistant professor at Georgetown University’s Security Studies Program in the Edmund A. Walsh School of Foreign Service. She is the author of Fighting to the End: The Pakistan Army’s Way of War (Oxford University Press, 2014).