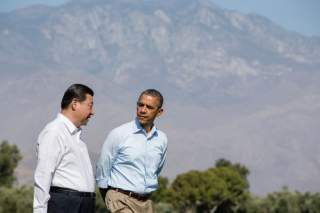 The timing of President Barack Obama's eight-day trip to Asia could not have been more delicate. Originally planned for October 2013, his trip was rescheduled because of the budget impasse in Washington that briefly shut down the federal government. At the time, the postponement of Obama’s Asia trip due to domestic political woes was seen in Asia as emblematic of the decline of American power and prestige caused by paralysis and dysfunction at home.

As Air Force One took off for Asia, President Obama finds his commitment to Washington’s much-touted strategic pivot to Asia tested again—this time by the ongoing crisis in Ukraine. Russia’s recent annexation of Crimea and continuing efforts to destabilize Ukraine have caused a dramatic deterioration in U.S.-Russian relations and raised the prospect of a prolonged period of bilateral tensions. As a result, most Asia watchers are worried that Washington will be strategically distracted and pay insufficient attention to Asia.

The most important objective of Obama’s Asia trip is to dispel such fears and reassure America’s allies and friends in Asia that, Vladimir Putin’s aggression in Ukraine notwithstanding, Washington will continue to implement its “Asia Pivot.”

This would be a tough sell, however. When it was announced, Obama’s “Asia Pivot” did indeed change the strategic dynamics in the region. Capitalizing on the fears aroused in Asia by China’s assertive behavior, Washington’s declaration that Asia would be America’s long-term strategic focus sought to reiterate its commitment to countering China’s hegemonic ambitions and maintaining Asia’s balance of power. At that time, the “Asia Pivot” was not merely rhetoric. Obama’s national-security team injected real momentum into this concept with intense diplomatic efforts (more frequent visits to the region), a major trade initiative (the Trans-Pacific Partnership, or TPP), and a symbolic increase in military deployment.

While the announcement of the pivot quickly put China on the defensive and heartened most Asian countries, many seasoned watchers of American foreign policy remained skeptical about its long-term execution and sustainability. A fiscally-stretched United States might not have the budgetary means to fund the pivot. The pivot could also be excessively “militarized” and, instead of deterring China, trigger a direct confrontation with Beijing. The American initiative could lose momentum if crises elsewhere distract the United States. Most importantly, the Obama administration and its successors might invest less in this long-term strategy as its most powerful advocates leave office.

The events following the announcement of the pivot have borne out some of these fears. Successive crises that require the immediate attention of the Obama administration—such as the Arab Spring, Syria, Iran, and Ukraine—made it impossible for Washington to devote adequate time to Asia. The TPP initiative hit a snag when the Senate, controlled by Obama’s own party, refused to grant him fast-track authority to negotiate trade agreements. The U.S.-Japanese negotiations over the terms of Tokyo’s entry into the TPP have bogged it down, depriving the Obama administration of the most valuable achievement on the trade front for the pivot. Most critically, the original architects of the pivot—and its most effective advocates and implementers—have all left the administration. They include Secretary of State Hillary Clinton, National Security Advisor Thomas Donilon, Defense Secretary Robert Gates, and Assistant Secretary of State for East Asian and Pacific Affairs Kurt Campbell.

Now facing a more concerned and skeptical audience in the region who wants concrete evidence of Washington’s continued commitment to the pivot, Obama will have to inject fresh momentum into the implementation of this strategy. Conceptually and geopolitically, the “Asia Pivot” serves America’s long-term interests well. What will determine the world’s peace and prosperity in the coming decades will not be a revanchist Russia or the fate of Ukraine, but Asia’s economic development and geopolitical rivalry. With more than 40 percent of the world’s population and a third of the global GDP (in PPP terms), Asia (excluding the Middle East), is the logical focus of the American national-security strategy. Pivoting to Asia is not a choice, but a necessity.

Despite the perceived loss of momentum in Obama’s Asia Pivot, the underlying strategic dynamics in the region continue to favor the United States. With some adjustments, Washington should be able to maintain its strategic initiative.

An overwhelming majority of Asian countries continue to count on the United States to perform its role as the region’s strategic balancer. With rising Chinese power and assertiveness, these countries have nowhere to turn except Washington to counter Chinese efforts to turn Asia into its sphere of influence. What the Obama administration can do will not require excessive resources or attention. The Asia Pivot consists of three fronts: diplomatic engagement, military redeployment, and trade integration.

At the moment, progress on all three fronts has either slowed down or stalled. However, despite its strategic distractions, the United States has the ability to reinvigorate the pivot. The Obama visit to Asia should rekindle the hope that the pivot is not a diplomatic slogan, but a real national security strategy. This is a good first step. Let us hope that he and his team will follow up with substantive efforts on the other two fronts—soon.