America's Real Pivot to Asia Needs to Be Energy 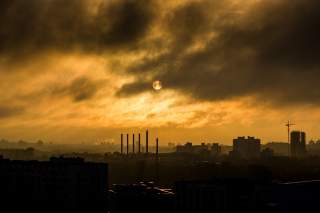 President Trump wants to make America the world’s leading exporter of natural gas. But his administration’s strategy of slashing regulations and handing out permits cannot alone boost U.S. energy exports. That’s because demand for gas in the growing economies of Asia remains stagnant. Were that to change, China, India, Japan and Southeast Asian countries would offer lucrative new markets for U.S. firms to increase domestic gas production and exports.

That would be good for the United States as well as for the world. For an increase in gas use by Asian economies would displace use of dirtier coal, aiding in the fight against climate change. And it would benefit Asian countries by diversifying their mix of energy sources and improving their energy security. With benefits all around, one might expect that it’s only a matter of time before Asian gas demand picks up.

But in fact, the window of opportunity for Asian economies to increase their use of gas is closing. As a new paper from the Council on Foreign Relations argues, these countries will need to invest in new infrastructure and reform domestic and regional regulations to take advantage of today’s low gas prices, lest they spike. To help countries take those steps, the United States should offer its technical expertise, as well as lobby international institutions to provide financial assistance.

Now is an ideal time for Asian countries to increase their use of gas. Historically, because Asian countries have not produced much gas themselves and lack pipeline links to major producers, they have had to import expensive liquefied natural gas (LNG), which is ultra-cold gas in liquid form that can be shipped around the world. But in the last five years, the price of LNG shipments to Asia has plunged by 70 percent. Falling oil prices (to which some gas prices are linked), surging gas production around the world, and stagnant Asian gas demand have all contributed to this nose-dive.

This cheap gas could displace coal in the production of electricity. That’s what has already happened in the United States, where cheap gas has overtaken coal in the power sector. But in Asia, this transition is proceeding far more sluggishly. For example, gas serves about 5 percent of total energy demand in China and India, which are also predominantly dependent on coal for generating electricity.

Despite its low cost, gas faces high barriers to increased use in Asia. The first barrier is a lack of infrastructure. Countries need facilities that can re-gasify LNG, and then they need pipelines to transport gas both domestically and regionally. And the second barrier is archaic market rules that prevent the free trade of gas. Many Asian countries retain state monopolies over pipelines that prevent the private sector from transporting and trading gas; Asian governments also impose restrictions on the price of gas, distorting it from its free-market equilibrium. As a result of opaque and poorly functioning markets, Asian economies are slow to actually take advantage of cheap and abundant gas supplies.

And the window of opportunity for Asian countries to make investments and reforms to increase their use of gas, while gas is still cheap, is closing. Because global gas supplies—from Australia, Africa, North America, Russia and the Middle East—are being dumped on a world market while stagnant demand struggles to keep up, prices continue to fall. That means gas producers around the world are scaling back their investments in drilling for new gas supplies or building export terminals to ship it abroad. This could lead global gas supply to dry up in the next few years. And that would result in a spike in the price of LNG, back to levels that have historically discouraged Asian countries from using gas.

It would be unrealistic to expect all of Asia to suddenly change tack and make gas infrastructure investments and market reforms. But as the Council on Foreign Relations paper points out, if only China and India increase their use of gas by 25 percent, then that could be enough to extend the closing window of opportunity. This is not implausible—leaders of both countries have already expressed their desire to increase domestic gas use, because cheap gas could power economic growth while displacing coal, reducing air pollution and carbon emissions.

Even though such an increase in demand from those two countries would increase global gas demand by just 3 percent, that would be enough to increase LNG prices by 20 percent. That increase is likely to be in the Goldilocks zone that encourages gas producers around the world to continue to invest in new supplies, while still ensuring that gas is an affordable and attractive alternative to coal in Asia.

This would make the United States better off. Many of its firms have paused projects to invest in LNG exports, deterred by low prices and stagnant demand. But the combination of free-flowing export permits from the Trump administration and higher global gas prices could unleash U.S. exports. This means the United States should take steps to help China and India realize their latent gas demand. It should send technical experts who can advise those countries on making necessary market reforms, like removing price controls and pipeline access restrictions. And it should use its influence in international institutions like the World Bank to support extending financial assistance for these countries to build LNG import terminals and gas pipelines.

Further increasing gas use across Asia would benefit the United States even more. So it should help governments set up regional gas markets in which prices reflect supply and demand, like in the U.S. gas market. Governments in Japan, Singapore and China are all developing competing plans to set up such markets. To make sure that those markets can work together, the U.S. State Department should send experts to advise the Association of Southeast Asian Nations and the Asia-Pacific Economic Forum.

Taking these steps could make President Trump’s vision of the United States leading the world in gas exports a reality. On top of this, a surge in Asian gas demand could rein in carbon emissions from the region responsible for most of their global growth. But without decisive action, the window of opportunity might close.

Varun Sivaram is the Douglas Dillon fellow at the Council on Foreign Relations (CFR) and Acting Director of its Program on Energy Security and Climate Change. Sagatom Saha is a research associate for energy and U.S. foreign policy at CFR.