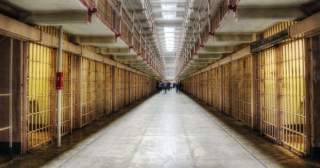 A litigation battle is raging between the states and President Barack Obama over his attempt to impose a nationwide “sanctuary” policy for illegal aliens. Yet, there is no question that existing sanctuary policies implemented by numerous towns and cities have victimized innocent Americans. Those sanctuary policies have enabled illegal aliens to commit thousands of crimes –crimes that would not have occurred had their perpetrators been deported in keeping with existing law.

In 2011, the Government Accountability Office (GAO) released a study on approximately 250,000 illegal aliens locked up in our federal, state, and local prisons. They represent more than a quarter of all of the prisoners in the federal prison system alone. The GAO’s “study population” had been arrested nearly 1.7 million times and committed three million offenses, averaging about seven arrests and 12 offenses per criminal alien. The incarcerated aliens had been arrested for a vast array of crimes:

- 49 percent had been arrested for drugs;

- 21 percent for fraud, forgery or counterfeiting;

- 13 percent for homicide or kidnapping, and

Three states—California, Texas and Arizona—bore the brunt of the crime wave induced by these criminal illegal aliens, although other states—e.g., Florida and New York—suffered significant problems due to criminal illegal aliens, as well. In Texas, drugs, sex offenses, and assault were the top three offenses for which illegal aliens were incarcerated. A recent report from the Texas Department of Public Safety obtained by J. Christian Adams of PJ Media showed that from 2008 to 2014, illegal aliens committed over 600,000 crimes in Texas, including nearly 3,000 homicides and almost 8,000 sexual assaults.

Jessica Vaughan of the Center for Immigration Studies analyzed Immigration and Customs Enforcement (ICE) records and found that during just one eight-month period in 2014, sanctuary jurisdictions released more than 8,100 deportable aliens. Of those, 62 percent had a prior criminal record; 3,000 were convicted felons. Of those released, 1,900 were later rearrested a total of 4,300 times on 7,500 different offenses. As Vaughan says, “when local jurisdictions shield aliens wanted by the feds, the aliens can commit more crimes.”

And that is exactly what happened recently in San Francisco. Kathryn Steinle, a 32-year-old resident of the city, was out for a walk with her father on Pier 14. She was shot and killed by an illegal alien who had seven felonies on his record and had already been deported five times.  ICE had already started another deportation process for Juan Francisco Lopez-Sanchez, but the federal government transferred him to San Francisco at the city’s request because he had an outstanding drug charge against him.

If not for that sanctuary policy, Steinle would be alive today. Her father, Jim Steinle, testified before Congress that the “U.S. has suffered a self-inflicted wound in the murder of our daughter by the hand of a person that should have never been on the streets of this country.”

What makes this horrible murder even more infuriating is that it is far from unprecedented.  In 2008, the Bologna family suffered the same tragedy. Edwin Ramos, a member of the notorious MS-13 gang, murdered Tony Bologna and his two teenage sons, Michael and Matthew, as they returned to their San Francisco home from a family barbecue.

Like Lopez-Sanchez, Ramos was an illegal alien who took full advantage of San Francisco’s sanctuary policy. Prior to committing the triple murder, Ramos had been convicted of two violent felonies as a juvenile: a gang-related assault and the attempted robbery of a pregnant woman.  But because San Francisco’s policy is to ignore immigration status, federal immigration authorities were never informed that two-time felon Ramos was in the country illegally.

If San Francisco had informed federal authorities of Ramos’ presence and if ICE had picked him up, three innocent people would not have been murdered, just as Kate Steinle’s murder could have been avoided.  As Jim Steinle told Congress, “It’s unbelievable to see so many innocent Americans that have been killed” by illegal aliens in recent years.

Sanctuary cities are not only perilous to the lives and safety of innocent Americans, they are violating federal immigration law.  8 U.S.C. §1373 bans state and local governments from prohibiting or restricting law enforcement or other government officials from sending or receiving information from the federal government on the “citizenship or immigration status, lawful or unlawful, of any individual.”  But the Obama administration, in accordance with its general nonenforcement policy on immigration, announced in 2010 that it would not sue sanctuary cities. It even terminated the federal Secure Communities Program that gave local jurisdictions the ability to check whether individuals they arrested were in the United States illegally.

Too many Americans are being assaulted, murdered, kidnapped, and otherwise victimized by sanctuary policies that allow dangerous criminals to remain on the streets. There is no justification for these policies – if you doubt it, just ask the families of those who have been lost because known criminals were given sanctuary by supposedly “caring” government officials.

Hans A. von Spakovsky is a Senior Legal Fellow at The Heritage Foundation.  Along with John Fund, he is the coauthor of “Who’s Counting? How Fraudsters and Bureaucrats Put Your Vote at Risk” (Encounter 2012) and  “Obama’s Enforcer: Eric Holder’s Justice Department” (HarperCollins/Broadside 2014).