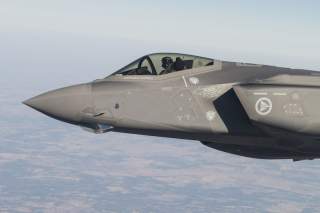 Savings gained from further active duty and civilian reductions should also be used to create additional reserve and national guard units, as a means of retaining experience while reducing costs. A second tier of reservists could also be created consisting of volunteers with critically needed skills; pilots, computer scientists, hackers, engineers, aircraft mechanics, shipwrights and others could be arranged into the human equivalent of the civilian air reserve fleet, ready to technically assist military personnel during a war, but absolved of regular reserve commitments.

Economic strength feeds the other two pillars of national power—political influence and military might—and true deterrence springs from a nation’s national power. American overextension, both domestically and abroad, has temporarily weakened the United States, and the “third offset” alone cannot mend it. The United States’ strategic trajectory must be changed. To discourage aggressive action an ocean away, the United States must strengthen itself at home and rebuild the economic advantages that give reach to its war machine.

Jules Hurst is an Army Reserve Officer and the former Senior Intelligence Analyst of First Ranger Battalion. He has deployed to Afghanistan four times in support of a USSOCOM Task Force. You can follow him @JulesHawke. The views expressed here are his own and do not reflect the views of the Department of Defense.