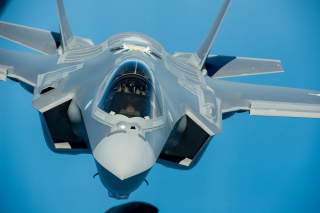 If we could kill the F-35, the ideal solution would likely involve a combination of two, three, and four, with different recipes including different amounts of each.  Thus, a different way of phrasing the question that motivates this article is “how many UAVs and legacy aircraft would we need to make it to Generation Six?” If the United States does not envision air combat against a peer competitor within the next decade and a half, finding the right mix might well be possible.

But again, the F-35 has formidable defenses (as a program, if not as an aircraft).  Killing the project would require mollifying a wide variety of political interests within the United States, as well as large chunks of the defense industrial base. It would also require unruffling the feathers of allied governments, many of which have devoted considerable political capital to the purchase of the JSF. Still, figuring out alternative options is the first step.