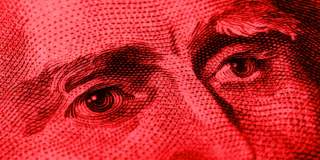 Congress has gotten into a bad habit of using the debt ceiling as a political weapon. The U.S. is not going to default this time, but playing with the debt ceiling increases the risk that it could happen by accident. And an accidental default, at a time when the U.S. and the dominant dollar are under threat from a realistic, though not immediately viable, competitor with China and the Renminbi, would have disastrous consequences on America’s credibility and legitimacy.

Were the U.S. to accidentally default on a portion of its debt (and it would only be a portion) interest rates on U.S. Treasuries would increase dramatically, constraining America’s ability to refinance its debt at reasonable interest rates later. This would place the remaining U.S. debt on watch. Furthermore, without the ability to roll debt over, put the U.S. at risk of insolvency.

A loss of confidence from the global investors who fund the U.S. deficit would have profound consequences. So profound that the Federal Reserve has a plan in place to mitigate the fall-out from an accidental default. The solution? Basically ignoring that there is a problem and continuing to accept treasuries as collateral.

And the Fed can do this because a default would have to be temporary—a game of political chicken gone wrong or an unintentional hiccup in the payments system. Defaulting by not raising the debt ceiling is simply inconceivable.

U.S. politics have become increasingly fractious, and each round of debt ceiling chicken increases the possibly of “perceived true default”. The consequences of a perceived true default—not simply a technical, short-term one—in which investors and the Fed have little to no visibility into how the situation will resolve itself is where the true, permanent damage happens.

Defaulting on the debt would not simply spike U.S. interest rates and cause future debt payments to become rapidly unsustainable. A glitch in the sanctity of U.S. debt would accelerate the shift toward a more bipolar economic and monetary order with the U.S. and the Dollar one side and China and the Renminbi on the other.

Inclusion in the International Monetary Fund’s SDR is part and parcel to the attempt to internationalize the Renminbi. Some trading partners may enjoy having less exposure to the U.S. Dollar now—but expect many more to dump dollars if the U.S. defaults on its debt. In the case of a dollar default, it would be difficult for much of the world—especially the emerging world—to justify their reliance on the Dollar. The People’s Bank of China is already allowing the Renminbi to float more inline with what the free market would dictate—regardless of how bungled and poorly communicated the initial stages of the transition were. While the U.S. debates whether to pay its bills, China is becoming more open to market forces, and would never allow for a debate to arise about whether or not to pay its debts.

Meanwhile the Federal Reserve is already a villain to some parts of the emerging world, where its QE and interest rate policies have built bubbles and, in some cases already, popped them. Many central banks would prefer to have a viable second reserve currency to keep the other in check. If there were two, a bad actor could more easily be punished. Theoretically, with the Renminbi a viable contender, central banks reserves holdings would begin to diversify into non-U.S. dollar assets and currencies, which reduces the demand for U.S. debt in the long run.

A default on the U.S. debt would cause problems in the domestic economy as financial and asset markets melted down, and U.S. government borrowing costs could potentially make the U.S. deficit and current debt unsustainable much sooner than it would have been otherwise. But the worst outcome for the U.S. would be the acceleration of rise of a bipolar monetary order. At the moment, the global reserve currency is the U.S. Dollar, and the U.S. enjoys great benefits from it. Playing chicken with the debt ceiling and creditor credibility risks sparking a “flight to others” as the safety of U.S. Treasury bills becomes a thing of the past.