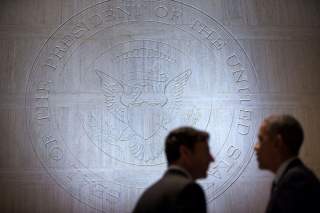 As crisis adds to crisis—with Iraq joining Ukraine, Syria and Iran (just to mention a few) in worsening President Obama’s foreign-policy headaches—the debate about the role of the United States on the international stage is likely to heat up. It may be useful to get back to the president’s West Point speech to reflect upon the wisdom, or inadequacy, of his approach to world affairs.

The speech has created more disappointment than it has stirred enthusiasm. Of special concern has been Obama’s failure to differentiate between the use of force and the use of military power as an instrument of deterrence, as well as his inability to indicate a middle course between unilateral action and internationally sanctioned interventions.

These are fair points, and defending Obama’s stance by arguing against them would make little sense. What makes sense, instead, is to consider whether the flaws in Obama’s speech really lend more credibility to the argument, increasingly heard both in the United States and outside of it, that under his watch, the America is relinquishing its long-held leadership role in world affairs.

In a recent essay, Brookings Senior Fellow Robert Kagan argues that the United States is withdrawing from the world because the public support for a policy of active engagement is fading. In his view, this ‘world-weariness’, only tangentially linked to the long wars in Iraq and Afghanistan, is in reality a somewhat belated consequence of the fall of the Soviet Union. The U.S. public, no longer willing to commit massive resources to permanent international endeavors, is sliding back in that attitude of old, according to which the U.S. should engage with the world only as long as its narrowly defined interests (territorial security, trade) are concerned, and tends to its own business for the rest.

In these terms, Obama is simply following the general public’s natural desire for ‘normalcy’. According to Kagan, this inclination is dangerous, because the world risks falling into an era of greater insecurity and interstate wars without the stabilizing exercise of U.S. hard power.

Kagan’s argument has a certain seductive appeal in that he reconnects Obama’s foreign-policy stance to an old U.S. attitude vis-à-vis the world that only changed upon the immense pressure generated first by Nazi Germany’s and Imperial Japan’s aggression and then the epochal challenge of Communism. To be really persuasive, however, the ‘world weariness’ argument should be measured against other explanations of Obama’s take on foreign affairs.

My interpretation is that the U.S. president plays along with the U.S. public’s world-weariness, but does not predicate his foreign policy on that. Instead, his view of the U.S. role is based on greater awareness of the limits imposed on U.S. capacity of action by its military overstretch in Afghanistan and Iraq as well as the rise of new powers. But he has not given up on the idea of a U.S.-centered system of security governance.

The world Obama faces is an intractable beast. Zones of insecurity, actual or potential, have surfaced along the fault lines separating Russia and China and the U.S. alliances in Europe and East Asia. Regional tensions have reverberated on a global level, hampering the ability of the UN Security Council to meet its responsibility for peace and security, as painfully attested by its failure to address Syria’s civil war. Following NATO’s intervention in Libya, ostensibly carried out under the ‘responsibility to protect’ rubric, but in fact aimed at removing Qaddafi’s regime, non-Western diffidence regarding the West’s liberal peace discourse has solidified.

At the same time, however, international security today is less characterized by multipolar conflict than it is by functional threats such as nuclear proliferation, terrorism, regional crises and piracy. Where these threats intersect with the security of China or Russia, a dynamic of convergence with the West materializes. ‘Multipolar’ competition does not reduce the importance of these forms of selective cooperation. Instead, it enhances it. Russia, for instance, has been careful to compartmentalize its cooperation with the West on Iran, Afghanistan and Syria during the crisis over Ukraine.

If this is the complex reality in which U.S. power is exercised today, for what purpose should it be used?

One option is for the United States to use its still-preponderant hard power to contain Russia and China; unilaterally end Syria’s civil war (and perhaps reintervene in Iraq); and threaten or force Iran into submission. Alternatively, the United States can prioritize threats such as Al-Qaeda-affiliated groups, nuclear proliferation and regional crises; engage the rising powers in the management of these threats; and prevent tensions in their neighborhood from reaching a breaking point.

Obama leans toward this second option. It is a tall order, because first, it forces the United States to rely on cooperation with its competitors on issues such as Syria or Iran, and second, it raises the cost of taking a tough stance on Russia’s aggressiveness in the former Soviet space or China’s assertiveness in the East and South China Seas.

The U.S. president is convinced that it is still better than the alternatives. The Iraq experience is a poor precedent for intervening in other countries, such as Syria, torn by sectarian and ethnic divisions. There is little prospect to end the war there without involving Assad’s allies—Russia and Iran. A nuclear deal with Iran has greater chances to be achieved if the Russians and Chinese row in the same direction (albeit at a much slower pace) as the Americans and Europeans. And if the talks fail, having Russia and China onboard might facilitate the task of imposing additional UN sanctions or even create a more favorable environment to a U.S. strike against Iran’s nuclear facilities.

These considerations partly explain Obama’s restrained response to Russia’s annexation of Crimea and destabilization of Ukraine. It is worth recalling however that the U.S. president’s strategy based on incremental, coordinated EU-U.S. sanctions has been much harsher than anything the Bush administration did after Russia’s 2008 war against Georgia. As for East Asia, the Obama administration has stated that the Chinese-Japanese clash over the Senkaku Islands falls into the remit of the U.S.-Japan alliance, and that the United States considers itself to be directly involved in the resolution of the South China Sea territorial disputes. The United States is also tightening security ties with Asia-Pacific countries while rebalancing its military towards the region in the context of the ‘pivot to Asia’.

Obama’s foreign policy might, in the end, not be as effective in the long run as the president bets. His decision not to intervene in Syria might create more insecurity than a U.S. intervention would have, incrementalism in confronting Russia might not deter Putin from further hazards, and the ‘pivot to Asia’ will go nowhere if its full extent and purpose are not better spelled out. But there is little evidence supporting the argument that Obama’s choices are ultimately determined by the U.S. public’s world-weariness. Rather, they seem entirely defined by the problem of how to use and preserve U.S. power in an age of lingering asymmetric threats and incipient multipolarity. From Obama’s point of view, striking the right balance for America when addressing this problem is precisely what would keep this superpower from retiring.

Riccardo Alcaro is a visiting fellow with the Center on the United States and Europe at the Brookings Institute. He is an expert in transatlantic political and security relations with a focus on U.S.-European cooperation in Europe’s neighboring regions, including the Middle East and North Africa, Iran and the Persian Gulf, the Sahel, Eastern Europe and Russia.