Is European Anti-Semitism Really Back? 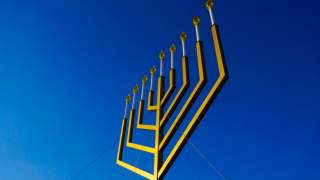 A VIRULENT new wave of anti-Semitism is generally believed to be sweeping across Europe. European societies have allegedly become poisonously inhospitable to a Jewish presence. Israel, itself a prime target of the new anti-Semitism, is preparing for large-scale immigration of Jews from the Continent. Europe’s old Adam is supposedly reasserting itself.

Or is it? The common belief that anti-Semitism is making a comeback should be treated with caution, not least because efforts to exaggerate its reach and sway, often for self-serving political purposes, make it more difficult to discern when and where it truly poses a threat. A more judicious approach would start by recognizing that the term itself encompasses a multitude of sins that range all the way from off-color banter to mass murder. Should these be considered under the same rubric?

As an ideology, anti-Semitism morphed in the late nineteenth century from the anti-Judaism of the Christian church to a pagan, racist doctrine that was alloyed with extreme nationalism. Most problematically, there has been a marked tendency in recent years to conflate anti-Semitism with hostility to the Jewish state. Is denial of Israel’s right to exist as an independent Jewish state ipso facto anti-Semitic? Many Zionists and their supporters would say so—although those who oppose Scottish or Texan independence would not necessarily be tarred with a similar brush. But when it comes to anti-Semitism, the definitional nuances are often crushed under the juggernaut of automatic denunciation. Even three-quarters of a century after the shoah, such lack of differentiation is understandable. Unfortunately, it often leads to distorted conclusions.

A recent example came in January of this year with a flurry of newspaper headlines asserting, as the Guardian reported, “Nearly half of the British population agreed with one of four antisemitic statements presented to them according to a new poll.” The survey was commissioned by a hitherto little-known body, the Campaign Against Anti-Semitism, which warned that Britain was at a “tipping point.” But tipping toward what? Anti-Jewish legislation? Pogroms? Expulsion?

The group further claimed that 54 percent of Jews in Britain feared they had no future in the country, and a quarter had considered leaving in the previous two years. The methodology of the report was immediately criticized as shoddy and its conclusions as alarmist. Writing in Haaretz, the British-born commentator Anshel Pfeffer observed: “To compare today’s Britain, for all its faults, with the Jews’ situation in [the] 1930s exhibits a disconnect from reality which borders on hysteria.”

These rather excitable headlines appeared in the wake of a more sophisticated report issued in September 2014 by the Institute for Jewish Policy Research in London. It came to different conclusions: “Levels of antisemitism in the UK are significantly lower than in other Western European countries, and . . . Jews in Britain feel noticeably less anxious about it than elsewhere on the continent.” An exception was noted in the case of Orthodox Jews, who expressed a much higher level of concern. That may be explained by the greater visibility of this group and its consequent sense of vulnerability. But in Britain and elsewhere, the Orthodox form only a small segment of the community, not representative, in this or in many other respects, of the whole.

Across continental Europe, Jews, it must be said, manifest a greater sense of insecurity—perhaps greater than at any point since the Second World War. An exhaustive study of Italian Jews’ “perceptions and experiences of antisemitism” was published this February, again by the Institute for Jewish Policy Research. It found that six out of ten of those questioned considered anti-Semitism to be a big problem. A majority felt it had increased in Italy in the past five years. One in three had suffered some form of anti-Jewish harassment in the past twelve months (most of these incidents were not reported to the police). Although only 2 percent said they had experienced anti-Semitic violence, one-fifth of respondents worried about becoming a victim of physical attack in the future. One in four frequently avoided displaying Jewish signs or symbols due to concerns for safety. These findings are troubling in a country that, notwithstanding its interlude of fascist persecution, was historically a haven of relatively harmonious existence for Jews.

Another country with a small Jewish community where recent reports suggest a rise in anti-Semitism is Sweden. In Malmö, Sweden’s third-largest city, home to a large Muslim minority, the mayor, a Social Democrat and a non-Muslim, has accused the local Jewish community of courting hostility through its support for Israel. According to the online American Jewish magazine Tablet, “Wearing a yarmulke is no longer safe” in the city. In 2010, the Simon Wiesenthal Center issued what it called a “travel advisory” for Sweden, warning that “religious Jews and other members of the Jewish community there have been subject to anti-Semitic taunts and harassment.” Such fears are not restricted to Malmö. When I spent a year in Sweden in 2011–2012, local Jews repeatedly told me that they were confronted by a surge of anti-Jewish and anti-Israeli animosity.

The subjective feelings of victims of racial discrimination must be respected and should form part of our analysis. But they cannot be our only index of intercommunal attitudes and relations. According to the latest available official statistics (for 2013), out of 5,508 reported “hate crime” incidents in Sweden, only 4 percent were classified as anti-Semitic. Far more were motivated by other forms of prejudice, including crimes directed specifically against Africans, Roma, homosexuals, Muslims and Christians.

HOWEVER THE phenomenon may be defined, reported or measured, it is undeniable that across Europe there is much discussion, sometimes fevered, of a new and rising anti-Semitism. But how new is it? How dangerous? And how sweeping? Is it identical to anti-Zionism? Is it the main source of anti-Israeli feeling? Is the emerging multicultural Europe really incompatible with Jewish survival? Is a mass departure for Israel truly in the offing?

One useful vantage point for answering such questions is Istanbul, Europe’s largest city, and the one that, aside only from Rome, has probably been home to the oldest continuous Jewish settlement on the Continent. Its Jewish community was once the largest, wealthiest and most influential in Europe. But for several generations it has suffered demographic decline and gradual loss of cultural distinctiveness. This deterioration has accelerated in recent decades. Since 1948, its Jewish population has been reduced from fifty-five thousand to no more than fifteen thousand.

The other day, the following episode was related to me by a reliable source:

A friend recently went to a confectionery store in central Istanbul. At the till, a customer was collecting his money as his change was paid back to him. He rubbed the coins with his fingers and said something like: “Count carefully, count carefully, this is money and Jews care about money. Jews know everything about money.” This sounded anti-Semitic to my friend (who is not Jewish), and so he challenged the man as he went out of the shop. “But I am Jewish,” the man said. “I should know.” My friend fired a few questions at him about the Hahambaşı (the chief rabbi of Turkey) and received well-informed answers. It seemed he was indeed Jewish. Whereupon the shopkeeper, a man in his late thirties, chipped in, “That’s fine by me, I’m a deist. I was born a Muslim but I’ve given it up for just deism. I admire the Jews.” This led a bystander to ask curiously about the difference between deism and atheism, which had to be explained to him. “In the end,” the informant says, “we all agreed that we like the Jews and the deists and then I was free to carry on with my purchase.”

An apparently trivial everyday scene—but one in a city where, in November 2003, twenty-four people were killed and more than three hundred were injured in bombings of two synagogues. Against the background of fierce polemics in recent years between the Turkish and Israeli governments (particularly after the Mavi Marmara incident in 2010, when Israeli special forces killed ten Turkish citizens on a ship carrying relief supplies to Palestinians in Gaza), Istanbul’s Jews are understandably perturbed. Earlier this year, Israel’s deputy consul general, Ohad Avidan Kaynar, declared: “They have lived in a state of fear for a long time after terror attacks and the feeling that they are not treated as Turkish citizens. There is worry for the younger generation.”

So what more accurately represents the current position of Jews in Europe: The mildly benign attitude manifested in the candy store, or the view of a minority terrorized into emigration expressed by the Israeli diplomat?

Istanbul, of course, is only one of many cities in Europe where Jewish institutions and their occupants have suffered terrorist onslaughts: a Jewish school in Toulouse, the Jewish museum in Brussels and a kosher supermarket in Paris have all been scenes of carnage. In each case, four people were murdered. And this is to mention only the most prominent recent instances inside Europe.

That caveat should give us pause. In fact, attacks on Jewish targets outside Europe have been more numerous and more murderous. One need mention only the bombing of the Jewish community building in Buenos Aires in 1994 that killed eighty-five people, the truck-bomb explosion outside the historic El Ghriba Synagogue in Djerba, Tunisia, in 2002, in which twenty-one were killed, and the coordinated attacks on Jewish and other targets in Casablanca in 2003 that left forty-five dead.