The Arctic Council Power Flex that Could Prove Prosperous—for America 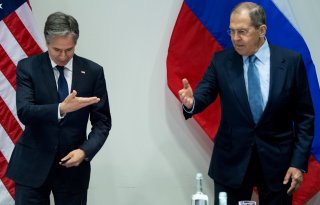 U.S.-Russian relations currently stand at perhaps the lowest point in the post–Cold War era. Russia’s Foreign Minister Sergey Lavrov believes that those relations are worse now than during much of the Cold War, mainly due to a “deficit of mutual respect.” This may not be true for all parties involved, but it’s important to note that the Russian leadership apparently believes this to be true and is acting accordingly.

To be sure, the U.S.-Russian relationship is beset with many critical trouble spots that range from differences over arms control and missile defense to a litany of regional problems. These problems include Ukraine, the Baltic states, and North Africa heading the list, and difficulties related to human-rights violations in Russia, hacking and electoral intervention, and the hiring of mercenaries in the Syrian civil war. On many of these issues, the differences are both long-held and perhaps insurmountable.

However, President Joe Biden has an excellent opportunity to forge a meaningful dialogue with Russia on two areas of policy that are presently conjoined to some extent, the Arctic and climate change. The Arctic has been shown to be extremely important to the current Russian leadership, as economic activities there account for approximately 20 percent of exports and more than 10 percent of total Russian gross domestic product. Also, an ambitious plan to develop the Russian Arctic until 2035 is well underway. And, although Russian president Vladimir Putin has paid lip service to meet and expand upon his country’s climate change commitments (most recently at the Leaders Climate Summit), this issue is of vital importance to the Biden administration.

As Russia formally takes over the chairmanship of the Arctic Council from Iceland, leaders must recognize that Russia yearns to be viewed as a major power in the Arctic and in the world. Russia’s two-year tenure as chair of the council will be used to assert its importance in world affairs at a time of increased focus on climate change and at a venue that is at the forefront of the crisis. Also, the Kremlin intensely desires its tenure at the council helm to be successful, so taking advantage of this can serve the administration’s interests in issues related to both the Arctic and climate change.

Perhaps this can put a “pause” on an expanding Moscow-Beijing condominium, particularly as it now appears President Xi Jinping may be poised to strengthen this partnership significantly, according to Fyodor Lukyanov, the influential editor of the Russia in Global Affairs journal, who stated recently that Beijing intends to forge a “group of countries that will resist the U.S., aimed at containing U.S. activities.” Perhaps the decision to invest additional funds (as part of China’s newly-unveiled fourteenth five-year plan) in the “Polar Silk Road”—the shipping lanes that Russia refers to as its Northern Sea Route—is a down payment towards a strategic alliance of sorts.

Thus, it behooves the Biden administration to use this opportunity to separate, if possible, the two powers. Perhaps the administration can turn Putin’s head while standing firm on America’s vital security interests and at the same time accentuating the very real differences between Russia’s and China’s visions of a future Arctic. This could be done by focusing on the greatest threat to America’s continued preeminence in global markets and world affairs: China.

However, America can’t begin to leverage these differences when it isn’t communicating. And policy levers used before haven’t worked to change Russia’s behavior. For example, although sanctions have undermined the population’s living standards to some degree, Russia’s current economic doldrums owe more to the coronavirus-induced low price environment for oil, gas, and coal. At the same time, sanctions have enabled the Kremlin to convince Russians that the West is responsible for falling real incomes, thereby buttressing the regime.

The United States should seek to partner with Russia on a series of scientific endeavors, including research on carbon capture and storage, increased energy efficiency, and permafrost melt mitigation. At the same time, it should urge Russia to decrease its carbon emissions commitments and pursue its Arctic development plans more sustainably than it has to date. In addition, at a time when military maneuvers above and in the Bering and Barents seas are being undertaken at unprecedented post-Cold War levels, it makes sense for the two sides to be in regular contact, military-to-military. Hence, these contacts should be reinstated with both the Arctic Security Forces Roundtable and the Arctic Defense Chiefs council inaugurated anew.  Also, the two sides should work toward developing a military code of conduct for the Arctic in order to reduce the possibility for a deadly mishap to occur. These are opportunities that Secretary of State Antony Blinken should keep in mind when he communicates with his counterpart.

None of these ideas are new. What is novel is that Russia will soon be chairing the Arctic Council. Why not reach out now in areas that are mutually advantageous and at a significant time when Russia’s tenure at the helm is just beginning? Small successful steps may lead to larger ones, and they may ultimately spill over into other realms of our tense relationship. At the very least, success on these topics may help to drive the tiniest of wedges between Russia and China, as well as help to undermine the Kremlin’s “besieged fortress” argument that bolsters the regime.

Thomas Rotnem is a Summer Research Scholar at the Woodrow Wilson International Center for Scholar’s Kennan Institute, and a professor and Associate Director of the School of Government and International Affairs at Kennesaw State University.