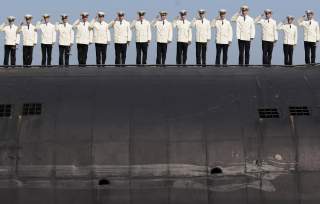 For a former negotiator, old treaties are like old dogs. They grow feeble and eventually pass away. You watch last years of their life with growing sadness, but know that some things in life are inevitable. The big difference is whether you get a new puppy afterwards or not. The Intermediate-Range Nuclear Forces (INF) Treaty seems to be dying and no replacement is in sight.

I felt sad when START I expired in 2009, but at least it was replaced with New START half a year later. INF, which celebrates its thirtieth anniversary on December 7, is still in force, but is so feeble that it might not survive long. The saddest part is that it will not be replaced with a new treaty and the ban on U.S. and Russian land-based intermediate-range (five hundred to 5,500 kilometers) will disappear.

Treaties do get outdated. There’s nothing surprising about that. INF was a good—albeit imperfect—treaty for its time. Certain potential drawbacks were clear even at the time of its signing and could have been addressed in a subsequent treaty or treaties. It makes sense to review these drawbacks to better understand what we should have—and have not—done.

INF treaty was bilateral, although it did involve, in an indirect fashion, a number of European countries where the United States and the Soviet Union deployed their intermediate-range missiles. This made sense not only because the two countries were the two protagonists of the Cold War, which was at that time drawing to an end, but also because few countries in the world had or could have missiles in that category. That has changed—plenty of countries in Eurasia have such missiles today—North Korea, China, India, Pakistan, Israel, Iran, etc. This has been an important concern for Russia for quite a long time. The United States is not affected as directly, but there are also things to consider: first, U.S. allies are within the reach of these missiles and, second, an intermediate-range missile is a step toward a strategic missile, as North Korea has recently demonstrated, and these can directly affect U.S. territory.

In 2008, the United States and Russia made a feeble attempt to make the INF treaty multilateral by introducing a relevant initiative at the Conference on Disarmament in Geneva. The initiative was met with complete silence and was put to rest. Maybe it should have been pursued more forcefully and more imaginatively—after all, it is difficult to expect countries like those listed above to simply get rid of them. Perhaps it would have been possible to fashion a multilateral treaty with limits, transparency measures, etc. instead of a complete ban. Maybe alternatives would have failed, too, but we never tried.

As a bilateral treaty, INF provided for significant reduction of United States and Soviet nuclear arsenals. That made sense in 1987 with each of the two parties deploying more than ten thousand strategic warheads and thousands of nonstrategic (by a credible unofficial estimate, the Soviet Union had 21,700 nonstrategic nuclear weapons in 1991). It is different today. United States and Russia are still the biggest nuclear powers with 1,550 (as of February next year) deployed strategic warheads and some nonstrategic (Russia has more than the United States, but even its nonstrategic arsenal is estimated at between one thousand and two thousand). The gap between them and the rest of the nuclear crowd has diminished and it is more difficult to consider further bilateral reductions. Closed-door discussions revealed only one difference between their attitude toward multilateralization of nuclear arms reduction process—Russia wants it ASAP, the United States can wait a bit longer (but not too long).

INF treaty treated all missiles as nuclear. That point was clarified in 1988 during the ratification at the request of U.S. Senate. That made sense in 1987. The Cold War was about nuclear weapons and parties sought to stuff them almost anywhere they could. The United States was only beginning to move to conventional cruise missiles and the Soviet Union was only beginning to think about that. Today, long-range precision-guided conventional weapons are the new “it,” the key warfighting tool and not necessarily in the bilateral U.S.-Russian context.

For the United States, the de facto ban on land-based cruise missiles is marginal, air- and sea-launched assets are sufficient. For Russia, with its huge landmass, limited access to seas, and no bases abroad for strategic aircraft, preference for land-based systems has been a tradition. If Russia, indeed, has developed and deployed a long-range ground-launched cruise missile, that would be illegal, but logical. One is left to wonder why Moscow did not withdraw from the INF ten years ago, when it discussed the prospect with the United States (citing U.S. withdrawal from the ABM treaty a few years earlier) and reportedly received positive reaction.

The most fundamental drawback of the INF treaty is its unlimited duration. Just imagine its life would have been limited to fifteen years, like that of START I. In that case, the United States and Russia would have started to discuss a replacement already in late 1990s and perhaps would have produced something more in line with the changed international situation and new challenges. Instead, without the pressure of expiration, we’ve allowed INF to lose value as an instrument of international security and reduced it to the status of a symbol.

Perhaps there is something mystical about the thirtieth anniversary. The 1972 ABM treaty survived for thirty years until it was abrogated by the United States. The INF is in bad shape and might not see the end of its thirty-first year. More pertinently, in 2021 we will mark the thirtieth anniversary of the START process, which began with the signing of START I in 1991. New START is set to expire in 2021. If we do not negotiate a replacement or, even better, a new framework for nuclear arms reductions before that date, then we will have one more opportunity for sad reflections.

Like the INF, the START process has significant drawbacks—it cannot address nonstrategic nuclear weapons, it classifies all strategic-delivery vehicles as nuclear, it is bilateral, etc. Perhaps it’s time is, indeed, coming to an end. But instead of allowing it to die quietly, we could negotiate a new agreement—one that addresses nuclear weapons rather than delivery vehicles and one that includes other nuclear states. One is left to hope that the sad fate of the INF treaty will serve as a lesson, not as an example.

Image: Russian seamen line up on a nuclear submarine as they train for a military parade to mark Navy Day in Russia's far eastern city of Vladivostok July 25, 2008. Russian Navy marks its professional holiday on Sunday. REUTERS/Yuri Maltsev (RUSSIA)