Are India and Pakistan Sliding toward War? 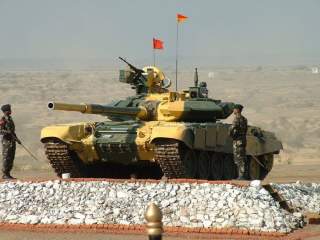 The ceasefire agreement reached between India and Pakistan in November 2003 is now unrecognizable, with firing growing steadily since late 2012. Monday’s attack on a police station in the Punjabi town of Gurdaspur, signals a new uptick in violence. The Pakistani press has blamed Kashmiri extremists for the attack, but this could well be the work of a group like the Lashkar e-Taiba. Diplomatic overtures between Prime Ministers Narendra Modi and Nawaz Sharif have been high on visuals, low on substance, and limited to multilateral settings. Conditions are ripe for a crisis in this strained environment, even more so if a terrorist attack on Indian soil—such as Monday’s—is traced back to extremist groups supported by Pakistan's Inter-Services Intelligence (ISI). These rising tensions make crisis management more difficult and increase the risk of a conflict with nuclear dimensions.

Prime Minister Modi’s government has warned Pakistan that it would respond severely to provocations—whether along the Line of Control (LoC) in Kashmir or elsewhere. During the election campaign, Modi took a hard line on Pakistan, criticizing the previous United Progressive Alliance (UPA) government’s “weak stand.” In May 2015, government officials were forced to downplay Defence Minister Manohar Parrikar’s comments on neutralizing “terrorists with terrorists only.” Regarding the Line of Control, in October 2014, then-Defence Minister Arun Jaitley threatened to inflict “unaffordable” costs on Pakistan. In December 2014, Parrikar said that if attacked, Indian forces would “react with double the force.” These deterrent threats—to respond manifold to violence—have failed to diminish violence.

In this strained environment, Monday’s attack is especially concerning. India and Pakistan have been unable to establish effective diplomatic channels to address outstanding issues. These channels are used only sporadically and in multilateral settings. Efforts to improve trade relations and visa liberalization are proceeding slowly, and there is no forward movement on confidence-building and nuclear risk reduction measures.

Violence migrating from along the Line of Control in Kashmir into Punjab not only poses a barrier to improved ties, but also makes crisis management more difficult and the risks of escalation greater. Terrorist attacks on Indian soil by Pakistan-based extremists sparked two recent crises: in 2008 after the Mumbai attacks, and the 2001-2002 “Twin Peaks” crisis. It remains to be seen whether Prime Minister Modi will show the restraint of his predecessors.

Recent events highlight nuclear risks associated with any India-Pakistan crisis and the wisdom of exerting greater effort to improve bilateral relations. The Line of Control is the only place on Earth where two nuclear-armed rivals regularly exchange fire. Nuclear dangers are reduced when the Line of Control is quiet; they are more worrisome when Indian and Pakistani troops exchange heavy fire.

Julia Thompson serves as a research associate with Stimson's South Asia and Space Security programs. Her current research focus is on deterrence stability and crisis management in South Asia. Before joining Stimson, she worked as a research intern at National Defense University's Institute for National Strategic Studies.