Are Iran and Russia Headed for Strategic Partnership? 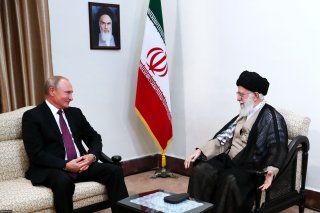 During Iranian president Ebrahim Raisi’s recent visit to Russia, a number of agreements with Russian oil and gas companies related to constructing petro-refineries and transferring technology and equipment were signed. The visit also faced some domestic criticism for protocol issues and achievements tied to the deals. Further, although Moscow and Tehran’s good relationship is vital for regional stability and security, the question of whether current relations resemble a strategic partnership or alliance remains unexamined.

Putin is the first Russian president to visit Iran since Josef Stalin’s visit in 1943. Since 2007, Putin has traveled to Tehran twice to attend a summit of Caspian Littoral States, and in each visit, he met with Iran’s supreme leader, Ayatollah Khamenei. In 2007, Khamenei told Putin that “a powerful Russia is in Iran’s interest,” to which Putin replied that “The interest of [the] Russian nation lies in a powerful and influential Iran in [the] international scene.”

Prior to the 1979 Revolution, the United States had total domination over Iranian politics. After the revolution and during Saddam Hussein’s protracted war against Iran, both Washington and Moscow heavily supported Iraq’s invasion of Iran. But, after the Iraq-Iran War, Moscow changed its policy toward Iran and sought to build a friendship while the United States and the West embraced hostility. The détente between Tehran and Moscow has had significant consequences for the region’s geopolitics.

There are numerous areas that Iran and Russia can find common ground. To elaborate further, both combat Sunni extremist groups, such as ISIS and al-Qaeda; both admonish the United States’ hypocrisy on human rights, terrorism, and unilateralism; both grapple with U.S. sanctions and hope to topple the petrodollar’s dominance in global finance and trade. On the economic front, geographical proximity and transit connections are likely to strengthen trade and business between the two countries. In some ways, the North-South corridor of trade, which passes through the historic cities of the Caucasus through the Persian Gulf and India will be restored. The old Russian dream to access the warm waters of the Persian Gulf may soon materialize.

Nevertheless, there are also significant divergences between Iran and Russia on important issues. For example, Russia has strategic ties with Israel and seeks to attract Turkey and Saudi Arabia away from the United States. On issues of energy, Russia and Iran have conflict over exporting gas to Europe. Another example is Islamic divergences.  Iran is a Shia country, while most Russian Muslims are Sunni. Also, Russia and Israel are strategic partners while Iran considers Israel an enemy. Further, there are also areas where Russia and the United States find common interests. Reviving the Joint Comprehensive Plan of Action to prevent a nuclear-armed Iran is one of those rare occasions. Moreover, neither Russia nor the United States wants another Middle East war.

The first view cites the long history of Russia’s policies against Iran in the past, such as Russia’s wars against Iran, Russia’s occupation of half of Iran, the loss of seventeen Iranian Caucasus cities to the tsars, and Moscow’s support for Saddam’s aggression against Iran. This perspective suggests that Russia should not be trusted, and that Iran’s dependence on Russia is a violation of a core tenet of the Iranian Revolution—that Iran should lean neither to “the West nor the East.”

The second view cites the common interests of the two states at the current time. Kazem Jalali, Iran’s ambassador to Russia, supports this view, emphasizing how Raisi’s visit to Russia is a “turning point” in relations between the two countries. “Iranians begrudge the Tsarist Russia” but “today’s Russia is different from the Tsarist Russia.” “Russia is facing the West, and Putin and his close associates look positively at Raisi’s presidency,” Jalali added.

Despite Moscow and Tehran’s vested interest across multiple domains, this alone is not sufficient for a strategic partnership. For a strategic partnership to materialize, the two need legal, legislative, regulatory framework and practical mechanisms for sustainable cooperation. But, at present, these are extremely underdeveloped in Moscow-Tehran bilateral relations. For example, in 2007, both capitals envisioned grand plans for increasing the annual trade to $200 billion over ten years, but fifteen years later, the current volume of annual trade between Iran and Russia stands at only $4 billion!

Moreover, a strategic partnership requires broad public support from both sides but trust issues between the people of Russia and Iran, specifically Iranians, remain an obstacle. Generally, each side views the other as a bargaining chip in dealing with the West. Andrey Kortunov, the director general of the Russian International Affairs Council, believes the current Russia–Iran relationship is more accurately described as a tactical alliance rather than a strategic partnership. The reality is that increasing hostility between Iran and United States serves Russia, whereas the increasing hostility between Russia and United States serves Iran.

Iran’s current strategy vis-à-vis Moscow is based on the aforementioned second view that the “Red Tsar” (the old Russia) and the “White Tsar” (the current Russia) are different; and, today, Iran deals with the “White Tsar.” With such an understanding, Raisi and the Iranian government perceive Moscow as not ready for a strategic alliance despite Iran’s desire to move relations forward. “The relations between Tehran and Moscow are on the path towards strategic ties, Raisi said in his meeting with Putin. However, the reality is that although Russia and Iran cooperate and enjoy good relations, the partnership is far from truly strategic.

Ambassador Seyed Hossein Mousavian is a Middle East Security and Nuclear Policy Specialist at Princeton University and a former Chief of Iran’s National Security Foreign Relations Committee. His books include Iran and the United States: An Insider’s view on the Failed Past and the Road to Peace (2014: Bloomsbury), A Middle East Free of Weapons of Mass Destruction (2020 by Routledge), and A New Structure for Security, Peace, and Cooperation in the Persian Gulf (2020: Rowman & Littlefield Publishers).