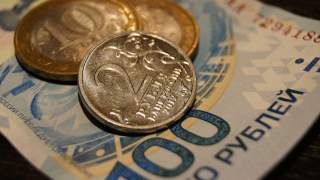 Three leading experts concurred that while the U.S. sanctions regime on Russia lacks clear objectives, it will likely remain in place for the foreseeable future. While there seems to be growing interest in the U.S. Congress for expanding and codifying sanctions against Russia, European governments appear unlikely to support tighter sanctions and indeed may allow enforcement to erode in order to pursue their economic interests.

According to Kyle Parker, a senior professional staff member with the House Foreign Affairs Committee who has been deeply involved in U.S. sanctions policy toward Russia for many years, the current framework of sanctions on Russia rests on Executive Sanctions reliant upon annual renewals of the International Emergency Economic Powers Act (IEEPA) that authorize the president to regulate commerce after declaring a national emergency. The sanctions consist of “Crimea sanctions,” which are ill defined (there is a Crimea-specific Executive Order from December 2014 as well as earlier designations in March and April 2014); “general Ukraine sanctions” not related to Crimea that are understood to be coordinated with the European Union (EU) and linked to the Minsk Accords’ implementation; a cyber order amended late last year that imposed additional sanctions on Russia related to its election interference; “human rights sanctions” such as the Magnitsky Act; and a few other sanctions that are related to Syria and other issues but are not specifically targeting Russia. These sanctions are either SDNs (Specially Designated Nationals that target individuals) or SSIs (Sectoral Sanctions Identifications that address technology, energy, banking and other sectors). Congress also utilizes other tools that serve to sanction Russia, such as imposing limits on regular cooperation between the United States and Russia in the military sphere as well as blocking START renewal.

Parker said that with the exception of a few outliers, there is a “broad bipartisan consensus” within Congress on the Russia sanctions, and that Congress “generally likes them.” They give Congress a role in foreign policy and “appear to cost nothing,” which is especially important to House representatives amid budget cuts, he said. He described a general feeling in Congress that the sanctions should be strengthened and expanded, and members are worried that the sanctions could be removed, as they depend on the annual renewal of IEEPA and, therefore, could be allowed to lapse. However, the outgoing Obama administration extended them by a year to give the new administration some “breathing room,” he said. There has been some targeting of the sanctions in the past—linking them to human rights, cyber hacking and Ukraine, for example—but they are now grouped together to address the problem of “Russian aggression,” which may pose challenges to “disentangling” them and making them more effective, Parker said.

Parker asserted that the question in Congress is not whether the sanctions are working, but rather, “what else could we have done?” Many members of Congress feel that if the sanctions are not accomplishing the objectives, they should be strengthened. However, their objectives are not always clearly defined, Parker said. Congress, he argues, sees the Russian sanctions as “symbolically effective” because Russian government officials continue referring to them, which reinforces Congress’s belief in the sanctions’ utility. He referred to an unclassified State Department paper released in September 2016 (Measuring Smartness: Understanding the Economic Impact of Targeted Sanctions), saying that the average sanctioned or associated company loses one-third of its operating revenue, over one-half of its asset value and one-third of its employees relative to its unsanctioned peers; that sanctions have had a relatively smaller impact on the Russian economy than oil prices; and the EU has not suffered that much from sanctions or counter-sanctions. In fact, the report stated that the countries most supportive of the sanctions have also suffered the most from them.

Parker said that the chances of additional sanctions are “much greater than they were a couple of months ago” due to political developments in the United States. There is no hesitation among Democrats for additional sanctions, and some Republicans may join in as they seek “preemptive insurance” for themselves to hedge against what the Russia-related investigations might find, he said. Parker also asserted that the consensus within Congress is “pretty broad” and there is “not much really holding them back” except for a “few gatekeepers in leadership.” Things would move “very quickly” if relevant committees marked up a specific bill. Codification efforts, he added, vary in scope from a very narrow, reasonable codification of limited Crimea sanctions—most notably the Stand Up for Ukraine Act that passed the House last September—to the Russia Review Act, which would subject the whole sanctions regime to codification and imposes a “maximalist termination” that says Russia must cease violating any territorial integrity before sanctions can be lifted (meaning that so long as Russia remains in Crimea, the sanctions would stay in force). There are a few other bills that mirror Iran sanctions bills, but “if and when they move, they will change substantially,” he said.

What would make congressional action more or less likely, according to Parker, is a growing concern of the sanctions’ imminent removal, a dramatic escalation of fighting in Ukraine, another MH17-type scenario, or even seeing compliance with the Minsk Accords (so that Ukraine once again controls its eastern border). Additionally, if the White House presented a clear, developed Russia strategy that included sending weapons to Ukraine, increasing U.S. presence in the Baltics, or making the case that sanctions have helped Putin domestically by creating a rally-around-the-flag effect, Congress might be spurred into action. The Russia investigations will not go away soon, he said, as “Russia has really become a domestic issue.” Russia sanctions will not end in this Congress and at least some Russia sanctions could be in place for the long term, Parker argued, along the lines of the Jackson-Vanik Amendment.

Sergey Aleksashenko,  a nonresident senior fellow at the Brookings Institution and a former deputy chairman of Russia’s Central Bank, addressed the impact of the sanctions on Russia and stated that “sanctions do not play any role at the moment,” as the economic pressure of the sanctions has dwindled since they were first imposed in 2014 (coinciding with the drop in oil prices and the peak season for foreign debt repayment by the Russian corporate sector). For example, by 2015, two major Russian corporations (one of which was Gazprom) were able to borrow internationally again, followed by the Russian government in 2016. Today the Russian economy is able to fully refinance its foreign debt, he said. The Russian elite, Aleksashenko asserts, no longer feels the effect of sanctions and no longer talks about them, believing that the United States will not further expand sanctions. Moscow is focused instead on the run-up to the 2018 presidential election. If the status quo endures for another decade, however, the ban on the transfer of technologies to Russia—though not formally a sanction—will increase the risks for foreign investors and reduce the flow of foreign direct investment into Russia, Aleksashenko emphasized. This, he argued, could make the Russian economy less competitive in the long run and reduce Russian living standards.

The sanctions have failed in achieving their objectives and have failed to undermine Putin’s government, according to Aleksashenko. Putin has no “political or military reason” to seize additional territory in Ukraine and is “happy” with the current destabilization of Ukraine, he said. The government has used its influence over the media to successfully make the case that the sanctions regime is the “price” Russians must pay for their independence, he argued. Aleksashenko added that Congress does not need to amend sanctions, as codification would not change the situation for Russia—it’s a domestic U.S. problem now. If codification occurs, he said, the Kremlin will see the new administration as weak like its predecessor and treat it accordingly.

Nikolas Gvosdev, a professor of national security affairs at the U.S. Naval War College, raised several points about the options going forward, particularly from the European perspective. First, the EU is not likely to formally lift its sanctions in the near future. Germany, for its part, will continue to support sanctions until the Minsk Accords are implemented and Ukraine has control over its eastern border. Europe, however, also does not have an appetite for additional sanctions, he said. Second, Gvosdev said that Europeans do not see the collapse of the Russian economy as the sanctions’ objective, because Moscow remains an important energy supplier and market for Europe. Stricter sanctions that might lead to the destabilization of the Russian economy have little support in Europe and could be a point of divergence within the transatlantic relationship moving forward, he said.

Third, “Ukraine fatigue” has set in in Europe, and while European governments believe that the West cannot “lose” Ukraine, they also believe Kiev could and should be doing more, he said. Many European governments wish that “Ukraine would just go away,” according to Gvosdev. Fourth, Europeans are more willing to give national-interest exemptions from certain sanctions. Fifth, while formal sanctions enforcement will continue, European governments may increasingly turn a blind eye towards companies circumventing sanctions and employing trade through intermediaries such as Serbia and Belarus, according to Gvosdev.