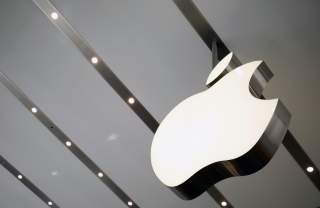 Multinational tech companies have developed a reputation for dodging their tax bills through careful corporate structuring and practices that lack economic substance. Activists for tax justice say that this conduct amounts to “tax avoidance” and corporate greed at the expense of citizens. Other experts counter that these companies are behaving rationally by seeking “tax efficiency” and, furthermore, they contribute to nations’ economies in ways that extend well beyond their tax contributions. Several high-profile cases in Europe have gradually ratcheted up the debate. President Donald Trump’s recent tax-reform legislation may shake it up entirely.

A recent report from the European Commission indicated that tech companies pay less than half the tax of traditional, brick-and-mortar businesses. “Google tax” has even become a popular term, referring to anti-avoidance provisions intended for multinationals, such as Google, that attempt to limit their taxable presence in high-tax jurisdictions. Also known as a diverted profits tax, these provisions have the power to impose significantly higher penalty rates and are specifically designed for large companies that route their profits via contrived arrangements with related parties in tax havens. Australia’s “Google tax” only applies to companies with global revenue of $1 billion or more.

In 2016, UK tax authorities announced that Google would make a back-tax payment of 130 million pounds on profits generated over the preceding decade, but that amount was criticized as insufficient. The UK Parliament’s Public Accounts Committee, a public spending watchdog, stated that “the sum paid by Google seems disproportionately small when compared with the size of Google’s business in the UK, reinforcing our concerns that the rules governing where corporation tax is paid by multinational companies do not produce a fair outcome. Google’s stated desire for greater tax simplicity and transparency is at odds with the complex operational structure it has created which appears to be directed at minimizing its tax liabilities. Google admits that this structure will not change as a result of this settlement.”

British Labour Party politician John McDonnell said it’s a national disgrace that Google effectively pays a lower tax rate than many working families. The French finance minister said that the settlement “seems more the product of a negotiation than the application of the law.”

Google reduces its tax bill by strategically arranging its international operations, with its supposed European headquarters based in Ireland, where the tax rate is lower than it is in the UK and France. This seems to be an industrywide tactic. In January 2018, the Financial Times reported that an Apple subsidiary will be forced to pay an extra tax bill of 136 million pounds in the UK following an extensive audit.

The organization Tax Justice Network advocates on these types of issues, seeking greater accountability for multinational corporations that engage in “accounting trickery” by establishing “a complex array of subsidiary companies, each with a different name, in tax havens across the world.” Its website suggests country-by-country reporting as one viable solution.

I asked John Christensen, director of Tax Justice Network, if he could see an alternative point of view, whereby tech multinationals might seem partially justified. Are the tax bills unreasonable when considering the economic value these companies create and the innovation they produce? The profit motive incentivizes this tax avoidance, but does that same motive result in more affordable goods through competition?

John Christensen replied, “In many cases digital technology driven companies like Google, Amazon and Facebook can be seen as classic examples of rent-seeking monopolists: they rapidly expanded market share in newly establishing markets and, having achieved dominance, are able to exploit weak global rules on taxing multinational companies to shift their profits to tax havens where they’ve parked their intellectual property rights. It is not too much of a stretch to argue that their biggest innovations lie in the field of tax avoidance.”

He continued, “Corporate income tax rates are low in almost all countries, and research and development reliefs are more than generous, but these factors don’t seem to inhibit the sheer greed of the company executives—most of whom have feathered massive beds for themselves—and the high expectations of stockholders. The fact that much of the underlying technological innovation that enables the digital economy originates from massive state-led investment going back to the 1970s and beyond, not least the world wide web itself, seems to be immaterial to these free-riding company executives.”

On the latter point, Christensen is objectively correct: the internet was made possible through extensive government-funded research and development. The Advanced Research Projects Agency Network was a Pentagon project. Vint Cerf and Robert Kahn developed Transmission Control Protocol/Internet Protocol with the backing of the U.S. government and incorporated concepts from CYCLADES, a computer network sponsored by the French government. But the extent to which modern tech companies now have an obligation to the public sector remains the subject of debate.

Chas Roy-Chowdhury, Head of Taxation at ACCA, says that “we can’t bring tax law into disrepute” and believes that tech companies should be proactive by explaining their total tax contribution, which extends beyond the corporation tax.

“If I might just say, the economics of tax avoidance or the economics of tax payment by a company is that if the company pays tax, then the cost of the company is either passed on in terms of prices—high prices, low wages, which goes back to developing countries especially, which affects pension funds and individuals,” he told me in a phone interview. “In terms of the costs to a company of tax, it’s not something that they just pay and the cost is just conjured up from thin air.”

He characterized his own perspective as impartial. “We need to have a balanced view and from our point of view, ACCA’s point of view, we’re in the public interest,” he said. “We’re not trying to give the business view, or the NGO view, we’re just trying to say it as it is and I think that it would be better if more people, if more tax activists actually took that balanced approach.”

He noted that others may not pursue this balanced approach because it doesn’t make headlines or vent out their anger. “We have a lot of rhetoric from tax activists as you say or NGOs where there’s little knowledge of tax itself. They just feel—this is wrong, without really thinking through why it’s wrong or how it should be done,” he said.

When asked how he would distinguish between tax avoidance and tax efficiency, Roy-Chowdhury suggested, “That’s really a question that I put out there for the NGOs and for those who are the tax activists, as you say. You know, where is that line drawn? Are you engaging in tax avoidance because you’re taking deductions for pension payments? Or for professional subscriptions? Or for union fees? Are you avoiding tax, should you be claiming those deductions? And then, beyond that, give your wealth away while you’re still alive in the UK case, so you avoid inheritance tax? Are you engaging in something which is unacceptable? So I think I’d actually throw it across to the tax activists, where is that line drawn? Because that line becomes more and more blurred as you get along.”

There seems to be a growing sense of public awareness and outrage in response to incidents of corporate tax avoidance. The UK’s Public Accounts Committee released a report stating, “There is genuine public anger and frustration because there is an impression that rigorous action is taken against ordinary people and small businesses and British companies based wholly in the UK but, apparently, lenient treatment is given to big corporations, of which almost half have a head office overseas.”

“Probably a lot of individuals are paying more tax than they need to,” Roy-Chowdhury says, noting that many people do not take the full deductions available to them and refrain from taking steps to mitigate taxes, such as by bequeathing their estates earlier. This tips the scales in favor of the tax authorities and away from taxpayers.

In May, 2017, Google agreed to a tax settlement with Italian authorities in order to close a criminal investigation into alleged tax avoidance. In July, 2017, the French tax administration lost a six-year legal fight with Google in which they had attempted to collect a 1.11 billion euro tax bill. I asked Roy-Chowdhury if Google was essentially fighting an economic war of attrition in the courtroom, by deliberately prolonging legal battles with governments in order to see which litigant would run out of resources or dedication first.

“No, I think France is just flying a kite,” he answered. “They slapped this one billion euro assessment on Google. Based on what? You can’t just make up tax law as you go along. And that’s what France is doing.” He added that tax assessments need to be based upon proper legal due process.

When the French court ruled, it concluded that, upon scrutiny of the roles of the various European offices, Google doesn’t have a permanent establishment in France. Some activists have suggested that tax avoidance could be corrected if Europe were to harmonize its corporate tax rates. One proposal titled Common Consolidated Corporate Tax Base (CCCTB) seeks to implement a common tax scheme for the EU.