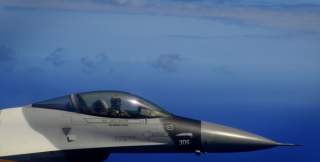 Concern about an armed confrontation between the United States and China is growing.

U.S. President-elect Donald Trump has stated that the United States should not be bound by the “One China” policy unless as part of a grand bargain of sorts, whereby China reduces taxes on U.S. exports, stops construction in the South China Sea, and cooperates more closely to counter North Korea’s nuclear and missile threats. Chinese Foreign Ministry Spokesman Geng Shuang has warned that if that policy “is compromised or disrupted, the sound and steady growth of the China-U.S. relationship as well as bilateral cooperation in major fields would be out of the question.” China recently flew a conventional bomber over the South China Sea to reinforce its claim to the “nine-dash line,” a demarcation that the United States claims is in violation of international maritime law.

Growing strategic tensions offer a useful occasion to revisit well-trodden terrain: are the United States and China fated to repeat the mistakes Britain and Germany made a century earlier?  Given that the two countries account for roughly a third of the world’s output, a fifth of its trade, and a quarter of its people, observers cannot pose the question enough.

Merits of the Analogy:

No matter how forcefully the United States and China may avow that they will devise an enlightened model of interaction, they, too, are subject to structural dynamics dating back to ancient Greece. Political scientist Graham Allison has encapsulated those dynamics with his famous term “Thucydides’s trap,” which journalist David Sanger defines as “that deadly combination of calculation and emotion that…can turn healthy rivalry into antagonism or worse.”

At least three sources of tension between the two countries merit attention. First, as the following contrasts suggest, it is hard to imagine a poorer foundation for the world’s most consequential relationship:

- The United States is not yet 250 years old; China’s history spans several millennia.

- The United States is undergoing demographic shifts that could render non-Hispanic whites a minority by 2050; China remains about 90 percent Han.

- The United States has two friendly neighbors and two security moats, the Atlantic and Pacific Oceans; China has 14 neighbors, some of which are unstable, and most of which fear its regional ambitions.

- The United States extols its values as universal and seeks to spread them; China rejects such proselytizing as a form of interference in other countries’ internal affairs.

- The United States seeks to advance the postwar order; China asks why it should be beholden to a system that it played so little role in constructing and molding.

Indeed, the only two self-evident similarities between the two countries serve to reinforce the multiplicity and complexity of their differences: both are convinced of their exceptionalism, and both are inexperienced in sustaining world order with an approximate equal.

Another source of tension is China’s self-perception: China considers itself not a rising power, but a returning one.  It is accustomed not only to having the world’s largest economy, but also to being the center of an Asian-Pacific order in which its neighbors paid it tribute. It accordingly believes that its contemporary resurgence, far from disrupting world order, is merely redressing an historic aberration—Western preeminence since the Industrial Revolution—and enabling China to transcend the indignities it has suffered in recent centuries—including the Taiping Civil War (1851-64), the collapse of the Qing Dynasty (1911), the Great Famine (1958-61), and the Cultural Revolution (1966-76).

A third source of tension involves the scale of competition: where hostility between Britain and Germany threatened merely European order, rivalry between the United States and China has implications for world order. Henry Kissinger notes that the “case of China is even more complicated [than that of Germany]. It is not an issue of integrating a European-style nation-state but a full-fledged continental power.” China is the world’s most populous country and possesses what will soon be its largest economy.

Given the aforementioned sources of tension, we should be grateful that the United States and China enjoy robust economic ties. Two-way goods trade totaled approximately $600 billion last year, and China holds approximately $1.2 trillion worth of U.S. debt, more than any other country.  Still, while economic interdependence can temper the dynamics that push countries to war, only human intervention can furnish the decisive restraint. In his (in)famous 1910 book The Great Illusion, British journalist Norman Angell argued that war “is futile…as a means of securing those moral or material ends which represent the needs of modern civilized peoples.”  He explained that were Germany to attack Britain, the former’s credit would “collapse, and the only means of restoring it would be for Germany to put an end to the chaos in England by putting an end to the condition which had produced it.” “Germany’s [hypothetical] success in conquest,” concluded Angell, would only evince “the complete economic futility of conquest.”

While his conclusions were tragically prescient—three empires and some 20 million people perished during World War I—they did not prevent war. In view of that outcome, it is not surprising that many contemporary observers caution against exaggerating the restraining influence of economic ties between the United States and China. Some contend that, while strong, those ties are more asymmetric, in America’s favor, than notions such as “mutually assured economic destruction” would imply.  Colonel Mike Pietrucha contended last November, for example, that “China is the disadvantaged partner in terms of trade volumes, maritime geography, alliance structures, and the makeup of goods exchanged.”  More recently, journalist Keith Bradsher noted that Chinese exports to the United States “represent about 4 percent of the Chinese economy; American exports to China are only about two-thirds of 1 percent of the United States economy.”

Such observations invite two questions. First, are there circumstances in which the United States would conclude that it could confront China militarily without incurring unacceptable economic damage? Second, if there are, what triggers might introduce them? One of the most eerie lessons of World War I is that seemingly routine, manageable events can generate an escalatory spiral; no less than one of its leading historians, Margaret MacMillan, notes that observers “still cannot agree on why it happened.” One might object that we do, in fact, know its cause: the assassination of Archduke Franz Ferdinand. MacMillan reminds us, however, that “there had been many political assassinations in previous years,” none of which “had led to a major crisis.” Why, then, did the archduke’s murder prove catalytic? Political economist Richard Rosecrance explains that “‘little things’—contingent features of the situation prevailing in Europe on the eve of the First World War—were more responsible [for its outbreak] than endur­ing structural characteristics of the European or international system….The Great War was by no means inevitable, because there were so many contingencies that might have gone another way.” One can imagine a range of tinderboxes in the U.S.-China case: a Sino-Japanese clash in the East China Sea, a Chinese declaration of a new Air Defense Identification Zone, regime collapse in North Korea, or a Taiwanese declaration of independence, to name but a few.

Deficiencies of the Analogy:

While there is much, then, to recommend the analogy under review, observers should not overlearn the lessons. The late historian Ernest May warned that “[w]hen resorting to an analogy, [policymakers] tend to seize upon the first that comes to mind. They do not search more widely.  Nor do they pause to analyze the case, test its fitness, or even ask in what ways it might be misleading.”

It is important to appreciate, for example, that while Germany was an overt revisionist, China poses an incremental, nuanced challenge to today’s world order. While it often derides that system as an imposition, China has been its principal beneficiary for the past four decades.  Moreover, as fiercely as it rails against U.S. interventionism, it would suffer from terminal U.S. decline. Beyond absorbing over a fifth of Chinese exports, the United States plays the decisive role in safeguarding the maritime commons through which energy flows to China; incidentally, China’s dependence on crude oil from the Middle East is projected to increase through 2035.

While the United States and China are, and increasingly will be, competitors in many arenas, they are not pure antagonists; witness the impressive cooperation they have achieved on issues ranging from macroeconomic stability to climate change. In the emerging crucible of world order, meanwhile, the Asia-Pacific, the two countries have demonstrated that they can think imaginatively to circumscribe their competition: China’s neighbors have thus far increased their diplomatic and military relations with the United States while boosting their trade and investment ties with China.

It also bears noting that U.S. and Chinese leaders communicate with each other regularly through a wide array of channels. While their current con­versations may not be as candid or substantive as one might hope, former Australian Prime Minister Kevin Rudd reminds us that even this limited dialogue improves significantly on that which existed in Europe a century earlier: “The various governments of Europe,” he explains, pretended that “their deep distrust of one another could be kept below the surface, masked by secret undertakings, and somehow papered over by the blood lines linking the Romanovs, the Hohenzollerns, and the House of Hanover.”