Are Trump and Mueller Headed for a Real Confrontation? 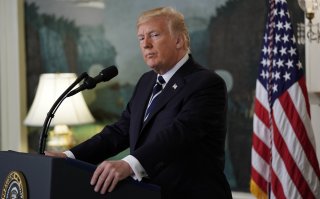 Special Counsel Robert Mueller has arrived at a crossroads, and must soon reveal if he is seriously exploring the Clinton-Obama side of questionable campaign activities, or apart from some possible window-dressing, is launching a partisan assault on the Trump presidency. There is room for belief in both scenarios, as along with the Manafort-Gates-Papadopoulos indictments came the resignation of Tony Podesta from the firm that was acting with the Clinton campaign in relations with the Russians. Moreover, press rumors indicate that Mueller and his staff are looking closely at that side of the complex controversy. Mueller has imposed severe restraints on Paul Manafort, former Trump campaign manager, (for three months and years after the conduct alleged in his indictment), both seizing his passport and confining him to house arrest. The next moves should indicate whether Mueller is attempting a serious and even-handed exploration of the suspect conduct of all relevant parties, or if he is just running another assassination squad against the incumbent president in the tradition of Archibald Cox and Leon Jaworski (against Richard Nixon), Lawrence Walsh (Iran Contra and Ronald Reagan), and Kenneth Starr (President Clinton).

If Mueller is shifting his focus to get to the bottom of the Clinton role on the Uranium One affair (where he as FBI director and the present deputy and acting attorney general Rod Rosenstein, as U.S. attorney in Maryland, prosecuted Russian intermediaries), he will grill his successor and protégé James Comey about the FBI’s role in assembling the spurious Steele dossier. The Clinton campaign and Democratic National Committee seem to have paid for that dossier between nine and ten million dollars, ultimately to dubious Kremlin sources. If he is really pursuing his mandate to investigate all aspects of Russian connections to the 2016 U.S. election, Mueller will look into the Obama administration’s surveillance in the Trump Tower and unmasking of individuals in the Trump campaign. If all this occurs, then the administration policy of cooperating with Mueller will have been justified. If what he has in mind is just attacking a succession of parties leading toward the White House, showering down heavy charges and demanding severe bail conditions and extorting inculpatory perjury for soft sentences—the customary corrupt method of operation of U.S. prosecutors and of Mueller and Comey in particular—then the president must counterattack. (Since the Steele dossier is the core of any suspicion of the president and it has been in the hands of the FBI for a year and Comey assured Trump he was not a target and confirmed that to the Congress, the chances that Trump is guilty of anything are almost nil.)

As Alan Dershowitz and others have attested, Mueller is something of a “zealot” who will not hear of criticism of the FBI or allegations of prosecutorial abuse. He has excelled in the unique American condition of a 99 percent success rate for prosecutions—about 97 percent of those without a trial—by manipulating the plea bargain system as described. The Bill of Rights’ Fifth, Sixth, and Eighth Amendment guaranties of an independent grand jury, of due process, of no seizure of property without just compensation, of a “speedy” trial, an impartial jury and of reasonable bail, have all effectively been discarded. The normal methods of U.S. justice are to single out targets, roll them upwards on plea bargains until the senior targets in any organization are taken down. It is a profoundly corrupt and unjust system; Mueller and Comey have gloried in it, and the supreme triumph of the prosecutocracy is to drive or remove a president from office. Since the criminalization of policy differences came into vogue with Watergate, which destroyed one of the country’s most successful presidencies over obstruction of justice in a trivial matter by secondary officials, the Democrats have returned to the charge against Reagan and the Republicans actually managed the impeachment of Bill Clinton, though not his removal, over tawdry peccadilloes of no relevance to his fitness to hold the office. None of these crises should have been remotely as serious as they became.

If Mueller follows this path, then it should be Trump’s duty and strategy to counterattack the despotism of the prosecutors. He should move attorney general Jeff Sessions to the Department of Homeland Security, (or out altogether), replace him with a fully empowered figure of stature such as Rudolph Giuliani, who should require Mueller and Rosenstein to show cause why they should not be removed over their prosecution of Russians in Uranium One but not the Clinton interests. The new attorney general, with the president’s support, should not be afraid to get rid of both of them, as long as they are replaced with people of unquestionable integrity and a clear mandate to investigate fairly and without partisanship.

The tyranny of the prosecutors has made American justice a system in which a country with five per cent of the world’s population has 25 percent of its incarcerated people and still lyricizes itself as “the sweet land of liberty.” If Mueller tries another bloodless assassination as his predecessors as special counsel did, then the forces of constitutionalism, due process, impartial justice and individual rights must kill the monster that threatens and mocks the republic. Whoever, if anyone, in the Trump, Clinton and Obama camps broke laws, then they must be accused justly and tried fairly. Those who would wield a dictatorship of intimidation through capricious and unconstitutional prosecution must be exposed, defeated and ground to powder. It is not too late for Mueller to behave responsibly, treat all parties equally, and act with respect for constitutionally guaranteed rights. If he does so, then that will be a great relief to all who wish the country well, but it must not be invoked to disguise the fact that the American prosecutorial system is a menace, one that requires profound reform. No one in the country is safe from it, certainly not the president.

Image: U.S. President Donald Trump makes a statement on the mass shooting in Las Vegas from the Diplomatic Room at the White House in Washington, U.S., October 2, 2017. REUTERS/Joshua Roberts​