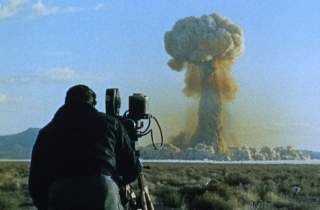 Late last year, the Energy Department (DOE), began work on a new flagship nuclear project, the Versatile Test Reactor (VTR), a sodium-cooled fast reactor. If completed, the project will dominate nuclear power research at DOE. The department’s objective is to provide the groundwork for building lots of fast-power reactors. This was a dream of the old Atomic Energy Commission, DOE’s predecessor agency. The dream is back. But before this goes any further, Congress needs to ask, what is the question to which the VTR is the answer? It won’t be cheap and there are some serious drawbacks in cost, safety, but mainly in its effect on nonproliferation.

Congress has to ask hard questions: Is there an economic advantage to such reactors? Or one in safety? Or is it just what nuclear engineers, national laboratories, and subsidy-hungry firms would like to do?

The answer of DOE’s Idaho National Laboratory, which would operate the reactor, is cast in terms of engineering and patriotic goals, not economic ones: “US technological leadership in the area of fast reactor systems . . . is critical for our national security. These systems are likely to be deployed around the globe and U.S. leadership in associated safety and security policies is in our best national interest.” In other words, we need to build fast reactors because DOE thinks other people will be building them, and we need to stay ahead.

In the 1960s, when the Atomic Energy Commission concentrated on fast reactors (“fast” because they don’t use a moderator to slow down neutrons in the reactor core), it argued with a certain plausibility that uranium ore was too scarce to provide fuel for large numbers of conventional light-water reactors that “burned” only a couple percent of their uranium fuel. Fast reactors offered the possibility, at least in principle, of using essentially all of the mined uranium as fuel, and thus vastly expanding the fuel supply. To do this you operate them as breeder reactors—making more fuel (that is, using excess neutrons available in fast reactors to convert inert uranium to plutonium) than they consume to produce energy. The possibility of doing so is the principal advantage of fast reactors.

But we then learned there are vast deposits of uranium worldwide, and at the same time many fewer nuclear reactors were installed than were originally projected, so there is no foreseeable fuel shortage. Not only that, the reprocessing of fuel, which is intrinsic to fast reactor operation, has turned out to be vastly more expensive than projected. Finally, by all accounts fast reactors would be more expensive to build than conventional ones, the cost of which is already out of sight. In short, there is no economic argument for building fast reactors.

When it comes to safety, sodium-cooled fast reactors operate under low pressure, which is an advantage. But fast reactors are worrisome because, whereas a change in the configuration of a conventional nuclear core—say, squeezing it tighter—makes it less reactive, the corresponding result in a fast reactor is to make it more reactive, potentially leading to an uncontrolled chain reaction.

With regard to nonproliferation, the issue that mainly concerns us is that the fast reactor fuel cycle depends on reprocessing and recycling of its plutonium fuel (or uranium 233 if using thorium instead of uranium). Both plutonium and uranium 233 are nuclear explosives. Widespread use of fast reactors for electricity generation implies large quantities of nuclear explosives moving through commercial channels. It will not be possible to restrict such use to a small number of countries. The consequent proliferation dangers are obvious. And while it is doubtful the U.S. fast reactor project will lead to commercial exploitation—few, if any, projects from DOE ever do—U.S. pursuit of this technology would encourage other countries interested in this technology, like Japan and South Korea, to do so.

One should add that one of the claims of enthusiasts for recycling spent fuel in fast reactors is that it permits simpler waste management. This is a complicated issue, but the short answer is that rather than simplifying, reprocessing and recycling complicate the waste disposal process.

With all these concerns, and the lack of a valid economic benefit, why does the Energy Department want to start an “aggressive” and expensive program of fast reactor development? It’s true that so far only exploratory contracts have been let, on the order of millions of dollars (to GE-Hitachi). But the Department is already leaning awfully far forward in pursuing the VTR. It estimates the total cost to be about $2 billion, but that’s in DOE-speak. We’ve learned that translates into several times that amount.

But beyond that, the nuclear engineering community, and the wider community of nuclear enthusiasts, have never given up the 1960s AEC dream of a fast breeder-driven, plutonium-fueled world. Such reactors were to have been deployed by 1980 and were to take over electricity generation by 2000. It didn’t even get off the ground, in part because of AEC managerial incompetence, but mainly because it didn’t make sense.

After the 1974 Indian nuclear explosion and the realization that any country with a small reactor and a way to separate a few kilograms of plutonium could make a bomb, proliferation became a serious issue. In 1976 President Gerald Ford announced that we should not rely on plutonium until the world could reliably control its dangers as a bomb material. The plutonium devotees never accepted this change. Jimmy Carter froze construction of an ongoing fast-breeder prototype, the Clinch River Reactor, about three time the size of the proposed VTR. Ronald Reagan tried to revive it but, as its rationale thinned and its cost mounted, Congress shut it down in 1983. The plutonium enthusiasts thought they got their chance under George W. Bush with a fast reactor and a reprocessing and recycling program under of the rubric of Global Nuclear Energy Partnership. But it was so poorly thought out it didn’t go anywhere. More or less the same laboratory participants are now pushing the VTR.

The DOE advanced reactor program has many irons in the fire, mostly in the small reactor category. But do not be misled. They are mostly small potatoes without much future. Only the fast reactor project is the real thing, bureaucratically, that is. Although at this point DOE has only contracted for conceptual design, the follow-up will cost many millions and take many years. Nothing attracts national laboratories, industrial firms, and Washington bureaucracies as much as the possibility of locking into a large multiyear source of funding.

Congress needs to look hard at the rationale for a fast reactor program. This means getting into the details. At a Senate Appropriations hearing last month on advanced reactors, Sen. Dianne Feinstein said rather plaintively, “We cast the votes, and cross our fingers hoping nothing bad will happen.” That’s not good enough.

Victor Gilinsky is program advisor for the Nonproliferation Policy Education Center (NPEC) in Arlington, Virginia. He served on the Nuclear Regulatory Commission under Presidents Ford, Carter, and Reagan. Henry Sokolski is executive director of NPEC and the author of Underestimated: Our Not So Peaceful Nuclear Future (second edition 2019). He served as deputy for nonproliferation policy in the office of the U.S. secretary of defense in the Cheney Pentagon.