Asia Frets over Trump, But There’s an Economic Upside 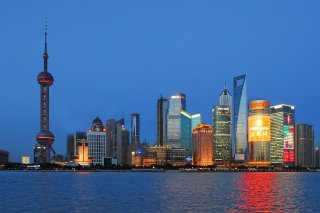 Donald Trump’s surprise election win sent shockwaves through Asian markets, while his apparent intent to cancel the Trans-Pacific Partnership (TPP) has not helped sentiment either. But providing he avoids provoking a trade war with China, a Trump administration could actually be beneficial to Asia’s economy.

Here is a quick look at the positives and negatives for the world’s most dynamic economic region.

A stronger U.S. economy would not only benefit Americans. Providing Trump does not follow through on threats to slap tariffs of up to 45 percent on Chinese imports, Asia’s major exporters, including China, Japan and South Korea, would all benefit should America’s consumers increase spending, along with the promised boost to U.S. infrastructure.

Accounting for nearly a quarter of global gross domestic product, any pickup in the United States, the world’s largest economy, would help propel global GDP higher and lift millions more out of poverty in Asia.

The last two presidents to expand America’s role in the global economy were Clinton and Reagan, with U.S. GDP accounting for around 32 percent of the global economy when Clinton left office. (It was 34 percent under Reagan). Reversing that slide would help global trade start recovering and the world economy get back to at least trend growth, after two years of subpar performance.

The expected weakening of Asian currencies should be of particular benefit to Japan, the world’s third-largest economy, given the link between a lower yen and higher company profits and Japanese stocks.

“Approximately 14 percent of the profits that Japan Inc. makes comes from North America-based production, so Trump’s promise of a sizable cut in corporate taxes could well add at least a couple of percentage points to Japanese earnings next year,” according to Jesper Koll, CEO of WisdomTree Japan.

Trump’s decision not to ratify the TPP has effectively killed the twelve-nation trade deal, which was seen as the centerpiece of the U.S. “pivot” to Asia and would have been the biggest free-trade pact in history. Accounting for 40 percent of global GDP, the trade pact encompassed Australia, Brunei, Canada, Chile, Japan, Malaysia, Mexico, New Zealand, Peru, Singapore, the United States and Vietnam.

Asia’s biggest winners from the TPP included Japanese automakers, Australian and New Zealand farmers, and Malaysian palm oil producers, but Vietnam was also expected to be a major beneficiary, with an expected 11 percent GDP boost by 2025.

Worse than the TPP’s failure, though, is the risk of a U.S.-China trade war, should Trump follow through on threats to declare China a currency manipulator and impose damaging tariffs on Chinese imports. This could provoke countermeasures from the nation’s top trading partner that could ultimately harm both economies.

India, Asia’s fastest growing major economy, faces the risk of curbs on immigration and on Indian workers’ remittances from the United States. Tighter immigration restrictions would be damaging for the Philippines too, given that America hosts 35 percent of all Filipinos working abroad and accounts for 31 percent of total worker remittances, a key source of foreign earnings.

Other Asian nations at risk include South Korea, with Trump having criticized the 2012 free-trade deal with the U.S. ally as costing “almost 100,000 American jobs.” The trade pact has helped boost South Korea’s U.S. exports to 5 percent of its GDP, including automobiles and electronics.

Overall, ANZ Research sees the highest risk for Asia’s trade-dependent economies, comprising Singapore, Malaysia, Thailand, Taiwan and South Korea, while the more domestically driven nations such as India, Indonesia and even China would be less affected.

“If the US imposes tariffs on China’s exports and its trade surplus declines by, say, 25 percent, it would shave only 0.6 percentage points off China’s GDP growth,” the Australian bank suggests.

Asian bonds are also at risk should U.S. interest rates move higher, while the potential flow of funds from emerging markets back to the United States would further weaken Asian currencies and increase borrowing costs for companies with U.S. dollar borrowings.

More worryingly, particularly for Seoul and Tokyo, is Trump’s call for U.S. security allies to shoulder more of the fiscal burden for U.S. military protection, including even acquiring nuclear weapons to counter the threat from communist North Korea.

“They have to pay . . . because this isn’t 40 years ago. It’s got to be a two-way street,” Trump said. “It could be that Japan will have to defend itself against North Korea.”

While Japan currently pays around 75 percent of the cost of hosting U.S. military bases, South Korea pays only 40 percent and would have to increase its defense budget substantially.

For Asian economies though, the hope is that Trump will be more of a “pragmatist and deal maker” than seen during the bitter election campaign.

“No matter the outcome of US elections, globally there appears to be a trend toward more protectionism, a growing distrust in political and economic systems and a continued strong ascent of China’s economic and political powers,” Fidelity International’s Gillian Kwek said.

Making America great again could benefit Asia too, but Trump has plenty of nerves to soothe before he gets the keys to the White House.