Asia's Big What If: What Happens If Kim Jong-Un Is No More? 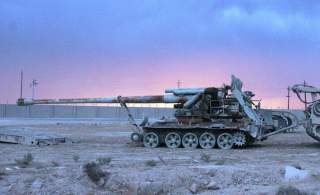 North Korean leader Kim Jong-Un has not been spotted for weeks and rumors are proliferating about the truth behind his public disappearance. To be sure, the truth likely lies between ankle surgery and an internal coup. Meanwhile, Pyongyang has broken a long deadlock on talks with Seoul through the dispatch of three senior officials that traveled to South Korea last week and agreed to resume dialogue. But while the fate of Kim remains speculative, there is cause to start dusting off strategies in Washington, Tokyo and Seoul on the next steps. Indeed, a collapse of the Kim regime would send shockwaves throughout Northeast Asia and further compel the underperforming trilateral group to put aside political grievances to ensure security on the Korean peninsula and in the region.

The fall of the Kim regime would likely arise due to an inability to suppress internal factionalism amongst key power brokers. The results could range from a puppet-style government, with Kim pushed to the sidelines, to a full-blown civil war. Of course, it remains a fool’s errand to accurately assess the shelf life or future trajectory of the current regime. That said, critical preparations need to be made by the U.S.-ROK alliance, as well as Japan. Of primary importance is securing and preventing the proliferation of the North’s extensive Weapons of Mass Destruction (WMD) program. Pyongyang continues to develop its WMD capabilities and a fourth nuclear test, as well as longer-range missile tests, looms. Moreover, North Korea has repeatedly demonstrated its intention to bolster its uranium-enrichment program, which would serve to supplement its existing stock of weapons-grade fissile material in plutonium.

Of course, the WMD threat also transcends the nuclear program as the North is widely suspected of having significant stocks of chemical weapons and biological agents which could be used in the event of conflict. Indeed, the WMD threat from the North is multifaceted and presents a significant hurdle and test to Washington and its strategic alliances in East Asia. On one hand, these three states’ common security interests bolster current efforts aimed at deterring and containing the threat posed by Pyongyang’s WMD proliferation. Yet at the same time, Washington, Seoul and Tokyo need to coordinate planning on the potential collapse of the Kim regime in North Korea to ensure a rapid and coordinated response aimed at securing and preventing the proliferation of the North’s WMD and related materials.

Trilateral cooperation—bolstered by the support of the UN Security Council and key nonproliferation mechanisms—will be essential to stopping the potential spread of WMD and their delivery systems. A significant concern would be the emergence of organized-crime groups that could try and peddle these materials—as well as advanced conventional arms—on the black market. Aside from intelligence efforts, one key mechanism in this scenario would be the Proliferation Security Initiative (PSI), which could stem proliferation of WMD and related material from the Korean peninsula via the sea. The PSI is a global effort to stop the trafficking of WMD between states and nonstate actors of proliferation concern, which the United States launched in 2003 and now has over fifty member states, including the United States, Japan and South Korea. While it would be premature to enact a naval blockade, it will be imperative for all three parties to focus their naval resources on ensuring that WMD do not leave North Korea.

The political volatility in the North post-Kim would not only compel stronger trilateral cooperation between the United States and its allies. Such an environment would also provide an imperative for enhanced bilateral security cooperation between Japan and South Korea.

Finalizing an Acquisition and Cross Servicing Agreement (ACSA) and a General Security of Military Information Agreement (GSOMIA) would be the first steps. An ACSA would provide Japan’s Self-Defense Forces the ability to evacuate its citizens in the event of imminent conflict on the Korea Peninsula. The GSOMIA, which was almost agreed to before falling victim to domestic political whims in Seoul, would be a basis for information sharing on the North’s WMD and missile systems.

The nature of the collapse would inform the nature of any military response from the United States. One potential is a “clean fall” that would remove Kim and his closest advisors, but maintain a functioning government and security apparatus. In this situation, the United States and its allies would have to increase readiness, but would also have to calibrate its actions in order to avoid overescalation. A more problematic collapse would entail the majority of the government and security base splintering and engaging in factional power struggles. This latter collapse scenario is the focus of an extensive study published by the RAND Corporation last year. In this situation, Washington and Seoul would have to consider a number of military options, including strikes on WMD and missile sites, as well as artillery depots.

But aside from hard security considerations, there are a host of other issues that are important to address. A change in regime would result in a significant humanitarian crisis in the North. Refugees would seek routes both to China via land and to Japan and other countries via the sea. Moreover, those who remain in the country are likely to suffer from food shortages and hoarding. The humanitarian issues would require a global response led by the United States and South Korea, but also supported by China, Japan and others in the region. Tensions over the “endgame” will surely continue to loom over any cooperation between Beijing and Washington in such a crisis, but there are avenues for combined efforts, such as humanitarian assistance.

In all likelihood, Kim will return to public view in the coming weeks and talk of collapse will take a backseat—understandably—to the current issues centering on the North’s WMD program and its history of regional provocations. But, while the eye remains on managing tensions on the Korean peninsula, it would be shortsighted to lose sight of implications of the day when Kim won’t be there.

J. Berkshire Miller is a fellow on Japan and Chair of the Japan-Korea Working Group at the Pacific Forum CSIS. Follow him on Twitter: @jbmllr.