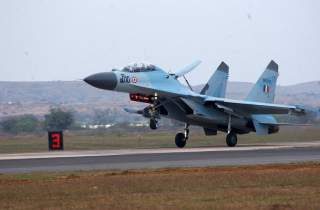 It was a prospect of Himalayan proportions. Here was a historic chance to redraw the strategic and economic map of Asia in ways that would benefit regional prosperity, stability and Chinese influence all at the same time. But the recent diplomatic trek to India by Xi Jinping ended up stuck in the foothills.

Instead of a game-changer, it will likely be remembered as a missed opportunity on China’s part, an episode in a gathering narrative of Beijing’s strategic paradise lost. Amid all the talk, the promises and the morally compelling logic of building a developmental partnership between the world’s two most populous countries, the shadow of a militarized border dispute was never far away.

It didn’t need to be like this. Here was a chance for Xi’s China to translate mutual economic gain and pan-Asian respect into the beginnings of a relationship of strategic trust with India’s powerful new prime minister, Narendra Modi, who has long had little reason to love the United States. In turn, this could have had the potential to set early limits to efforts by Washington, Tokyo and others to engage India as a security partner in the present ballet of Asian power balancing. The visit could also have done much to sway Indian public opinion, which, according to detailed polling, is suspicious of China as a risk to India’s interests, yet open-minded about cooperating with China, too.

It was not to be. Unexplained Chinese military activity on the disputed border is likely to leave many Indians thinking more about perfidy than partnership. If it was meant to signal disapproval about Modi’s openness to strategic partnership with Shinzo Abe’s Japan, it will probably instead bring Delhi and Tokyo closer. More immediately, it will ease the way for Modi to share strategic concerns with the Obama administration when he visits the United States shortly.

Just days after the summit, when there should have been a diplomatic afterglow, there was an aftertaste of anxiety. With a series of border confrontations continuing, India has called off a media dialogue with China and kept back its army chief from a planned foreign visit to ensure things are kept under control. Hysteria from some parts of the Indian media, inaccurately portraying Xi’s guidance to the PLA on its overall “regional war” posture as being aimed specifically at India, has not helped.

Indians are accustomed to a pattern of apparent Chinese provocations on the eve of high-level meetings—as if to remind India of its place. Last year, a prolonged incident was resolved before Chinese Premier Li Keqiang arrived in Delhi. Months later, another took place before former Prime Minister Singh went to Beijing, testing his policy of restraint. This one was different: it began before Xi arrived, eased only towards the end of his visit, and resumed with a fresh “incursion” into contested territory within 48 hours of his departure.

It all seems so counterproductive for a China that needs a stable external environment and is already needling neighbors in the South and East China Seas. So perhaps there is something to the suggestion circulating in the Indian media that Xi Jinping’s recent warnings to the People’s Liberation Army about “absolute loyalty” and heeding his command had something to do with the Indian border standoff. It has become reasonably accepted that Xi Jinping has been successful in deepening his control over the PLA and other of China’s potentially errant security ‘actors’. But if he cannot prevent, anticipate or control the actions of self-interested or overly-enthusiastic commanders, the implications for regional security are almost as worrying as if he had personally choreographed the border push.

For much of the time since their 1962 border war, the relationship between the Asian giants has been marked by a cold indifference. Despite all their commonalities, including proximity, great civilizational legacies and the shared challenge of lifting the welfare and dignity of billion-plus populations, China and India had bizarrely little to do with one another. Positive change accelerated in the 2000s, with growing trade, long-overdue air links, and intensified dialogue on the border. China became India’s largest trading partner, tentative efforts at security cooperation (including military exercises) gathered pace and the two powers found tactical moments of common cause in obstructing Western-led multilateral efforts on climate change.

But Indian misgivings persisted, including because of concerns about China’s history of military support for Pakistan (including in the all-important nuclear domain) and China’s growing interests and presence in the Indian Ocean. China, for its part, was presumably troubled—but also prompted to engage—by major improvements in US-India ties, notably the 2008 civil nuclear deal. And in recent years, the negatives in China-India relations began to resurface, as the border talks achieved little, and Indian concerns over China’s military superiority mounted. Even trade began to go backwards, with a slowing Indian economy and little sense that either government was making the other a key partner in wealth-creation and development.

Against this backstory, Xi Jinping and Modi have exceptional potential to remake the relationship between their countries, to transcend past differences and focus pragmatically on development. Chinese policy makers must surely understand that Modi is the man they can and should do business with. He has a large democratic mandate and is in a position to do deals. He appears to be guided by a strong sense of the national interest and can’t be outflanked on the right in mainstream Indian politics. If any Indian leader is going to be in a position to sell the Indian public a compromise with China on the border issue, it will be Modi. That is why it was not in China’s interests to allow the border dispute to loom so large.

Not that the whole visit was a disaster. Any effort to improve relations between Asia’s two rising giants is a net gain for global order and human welfare. The style was refreshingly personal and businesslike. Prime Minister Narendra Modi set a tone of practicality and a focus on development by hosting President Xi in his dynamic home state of Gujarat. Here the two men, who between them influence the fates of more citizens than any previous two leaders in history, held substantive discussions across many priority issues, from prosperity to security and national identity.

Their 28-point joint statement gave new impetus to economic cooperation, including in infrastructure, transport, energy, environmental protection and manufacturing supply chains. China announced intentions to direct $20 billion of investment into India and the establishment of special industrial parks in two of the country’s most dynamic states. Tourism would be encouraged—Hindu pilgrims helped to visit Tibet, movies made and books translated—to ensure wider popular understanding between two great cultures.

At the strategic level, there was talk on issues of common concern, from Afghanistan to counterterrorism to the changing power structures of Asia, and the promise of more to come. A multipolar world order was encouraged, the (unspecified) “basic principles of international law” endorsed, and new frameworks for regional cooperation applauded. The Myanmar-Bangladesh corridor was identified as a placed of shared economic opportunity.

There were also some reported concessions to Indian interests, that suggested some movement by China towards granting due respect to its fellow giant. Bilateral cooperation in nuclear energy was announced, albeit in line with “respective international commitments” (perhaps code for Chinese concerns about India’s status outside the Nuclear Nonproliferation Treaty). It is reported that China will support India’s full membership of the Shanghai Cooperation Organization, once fairly much the preserve of China and Russia, and invite Modi to Beijing at the time of the APEC summit in November. And the two sides indicated they are finally planning to hold the first round of an important maritime security dialogue, two years after it was originally announced, which will include discussions on counter-piracy and freedom of navigation.

Yet the silences in the joint statement, and the peculiar way it addresses the border dispute, speak volumes about the lingering tensions in the relationship.

To be fair, the leaders had plenty to say by way of public reassurance on the border matter: they “recalled,” “reiterated” and “reaffirmed” past agreements about seeking an “early settlement” of a problem that has gone on for decades, through a process that has not yet led even to agreed understandings about which territory is occupied by whom, let alone about which side has rightful claim. The most telling line of the communiqué was the observation that “peace and tranquillity on the India-China border areas was recognized as an important guarantor for the development and continued growth of bilateral relations.” Put more starkly, and against the backdrop of what was happening in the mountains as these very words were being drafted, this is a recognition that strife on the border could yet derail the relationship.

As for the gaps in the communiqué, the lack of text on Pakistan presumably belied concerns on both sides about that troubled country’s future and the continuing sense in Delhi of China-Pakistan relations as part of the problem. Still, India may have drawn some reassurance from the fact that, for once, a high-level Chinese visitor was not “hyphenating” the relationship with India by proceeding straight on to Islamabad. But for now it remains difficult to imagine the prospect of China and India extending their modest policy coordination on Afghanistan to a shared vision on Pakistan. Likewise, for all the statement’s high-sounding words on the importance of the United Nations, and India’s aspirations for a greater role there, China is still withholding explicit support for what India wants and merits—a permanent seat on a reformed Security Council.