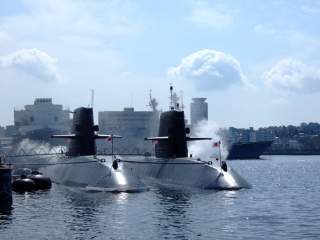 Japan has taken a fateful step toward becoming a “normal” power by adopting the doctrine of “collective self-defense”, paving the way for Tokyo to play a more direct role in ensuring stability in international waters as well as in aiding allies in times of crisis. It took a combination of iron-willed leadership, under Prime Minister Shinzo Abe, and deepening territorial disputes with China over the Senkaku/Diaoyu islands in the East China Sea to force Japan to take greater responsibility for its own national defense.

Uncertainties over Washington’s commitment to rein in China’s territorial ambitions and growing concerns over the strategic impact of long-term defense-budget cuts at the Pentagon have only encouraged Japan to become more self-reliant. Washington has welcomed Tokyo’s decision to adopt a more flexible defense doctrine, facilitating broader efforts to upgrade U.S.-Japanese bilateral defense guidelines, which were last revised back in 1997. Against the backdrop of a rapidly changing regional-security environment, the aim is to create a more dynamic U.S.-Japanese alliance, where Tokyo contributes more proportionately to regional stability in East Asia. After all, throughout the post–Cold War era, the U.S. has repeatedly sought to mitigate “free riding” by well-endowed allies, such as Japan.

As expected, China has been perturbed by the resurgence of its archrival, Japan. And the Xi Jinping administration has spared no efforts to denigrate its counterparts in Tokyo. Aware of lingering regional anxieties over Japan’s early-twentieth century imperial aggression, especially in South Korea, Beijing has sought to convince the world that Japan is purportedly reassuming its militaristic past. Any sober analysis, however, would suggest that the real bone of contention is an emerging Chinese-Japanese contest for regional leadership, as Washington gets more comfortable with playing the role of an offshore balancer. Gradually, bitter territorial disputes have seemingly rekindled a century-old rivalry for the soul of Asia.

Japan’s recent lurch toward a more proactive foreign policy, however, has met stiff domestic resistance. Pacifism continues to be a cornerstone of Japan’s national psyche, preventing the Abe administration—and its like-minded predecessors—from garnering sufficient public support as well as a legislative supermajority to amend Japan’s constitution.

The tumultuous memories of World War II continue to cast a long shadow on Japanese society. But as any astute political leader, Abe has instead opted for reinterpreting existing provisions of the Japanese constitution, striking a tenuous balance between Tokyo’s evolving security calculus, on the one hand, and the pacifist spirit of Japan’s constitution, which prohibits the country from using coercive means to settle international disputes, on the other.

Far from introducing a new approach, however, Abe has simply followed in the footsteps of his predecessors, who didn’t shy away from reinterpreting Japan’s constitution to pursue specific political goals. After the Korean War (1950-53), the Japanese leadership reinterpreted Article 9 of the Japanese constitution—particularly vis-à-vis prohibitions against developing a “war potential”— to allow for the establishment of the Self Defense Forces (SDF), which purportedly only served exclusively defensive objectives bereft of any aggressive operational capability to project power beyond Japan’s immediate territories.

By maintaining a minimalist doctrine of pacifism, Tokyo sought to justify the constitutionality of even nuclear weapons so long as they stayed within the ambit of “minimum necessary level for self-defense.” Interestingly, Abe’s own grandfather, Prime Minister Kishi Nobusuke, was responsible for a series of bureaucratic maneuvers to influence and shape the position of executive agencies, specifically the Cabinet Legislation Bureau (CLB), in charge of operationalizing and safeguarding the pacifist provisions of the Japanese constitution.

While politically motivated legal interpretations allowed Japan to develop one of the most capable armed forces in the world, the country has continuously struggled to play a consequential role in international-security affairs. This was particularly acute during the early post–Cold War period, with Japan exercising minimal direct influence over a major crisis, which affected Tokyo’s national interests. During the first and second Gulf Wars, which imperiled Japan’s energy security, Tokyo struggled to have any meaningful role in shaping military interventions in the Middle East. At best, Japan chiefly served as a source of funding and miniscule quasipeacekeeping operations.

The rise of China has also overshadowed Japan’s defense capabilities. In 2000, Japan’s defense budget was 60 percent larger than China’s. By 2012, it was barely one-third of China’s. Japan’s qualitative edge could also be in danger, with China placing ever-greater investments in cutting-edge military technology.

The Abe administration is determined to make Japan a more consequential power, reviving its economy as well as adopting a more proactive foreign policy. This would not only make the country more effective in safeguarding its territorial integrity against Chinese provocations, but it would also allow Japan to make another run at regional leadership. For Abe, survival and prestige are two inextricably linked elements at the heart of his vision for Japan.

The Battle for Asia

Japan’s early-twentieth century attempts at creating an “Asia for Asians”, under the so-called Greater East Asia Co-Prosperity Sphere, ended in a nightmare. Imperial Japan’s desperate colonial rivalry with the West led to a devastating defeat and countless atrocities against fellow Asians. But the last decades of the twentieth century—more pronounced after the Plaza Accord of 1985—saw the emergence of a benign, prosperous Japan as the chief engine of economic growth and industrialization across the region—commonly referred to as the flying-geese phenomenon—which precipitated an economic miracle in Southeast Asia. Trade and economic diplomacy stood at the heart of Japan’s influence in Asia.

China’s entry into the global markets, however, progressively eclipsed Japan’s economic preponderance in the region. By the first decade of the twenty-first century, China would emerge as the key trading partner of almost all East Asian countries, with the notable exception of the Philippines. And unlike Japan, China faced no self-imposed restrictions on developing its military capabilities in tandem with a booming economy. Meanwhile, historical animosities encouraged South Korea, a U.S. treaty ally, to not only flirt with China, but to also adopt a security doctrine, which, in the words of strategist Edward Luttwak, “remains obsessed with an utterly unthreatening Japan…purchasing air power to contend with imagined threats from Tokyo as opposed to the real ones just north of the demilitarized zone.”

This rapid shift in the regional balance of power—further accentuated by the 2007-08 Great Recession that severely disrupted Western economies—may have played a key role in motivating more overt Chinese assertiveness in recent years. And the Abe administration is intent on reversing this trend by launching its own charm-offensive across the Asia-Pacific region, courting like-minded Southeast Asian states such as the Philippines and Vietnam as well as Pacific powers such as Australia and India, who share Japan’s strategic anxieties towards China.

To support a more ambitious foreign policy, Abe also pushed ahead with a series of stimulus programs and structural reforms to reflate Japan’s flailing economy. As a result, Japan’s stock markets have recovered from long-term stupor, while business confidence in the economy has been gradually restored. By managing to pull off a controversial reinterpretation of the Japanese constitution, whereby Tokyo could deploy its armed forces "if the country's existence, the lives of the people, their freedoms, and the right to seek happiness are feared to be profoundly threatened because of an armed attack on Japan or other countries", the Abe administration can more credibly present Japan as a serious counterweight to China.

For the Abe administration, constraining China could come in the form of a network of informal alliances in the region, with the United States as the ultimate offshore balancer. Beyond revisiting Japan’s pacifist constitution, the Abe administration has eased restrictions on arms exports, paving the way for more robust defense cooperation with regional partners. By launching an arms procurement agency, Japan would be in a position to develop joint ventures in the realm of defense industry with partner countries.

More capable partners such as Australia and India are set to benefit from sophisticated Japanese defense technology and joint-development ventures, while smaller countries such as Vietnam and the Philippines will benefit from Japanese assistance in terms of developing domain awareness and minimum deterrence capabilities within their maritime jurisdictions. China’s recent actions, particularly its decision to deploy Type 094 missile-capable submarines to the Yulin naval base on Hainan Island, have deepened the sense of urgency for greater defense cooperation between Japan and its partners.