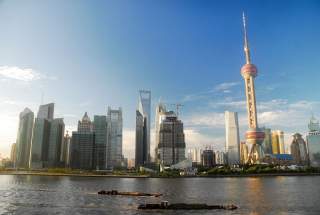 In my view, Asia faces two possible divergent futures, both of which are tied to the trajectory of the Chinese economy. In the first scenario, China’s economy enters into a period of prolonged stagnation or even negative growth rates. In many ways, this is the most likely scenario. China’s economic miracle has been fueled by repressing household income in order to free up capital for state-driven investment.

China is hardly the first country to adopt this model, although the degree with which it has sacrificed household income for state-led investment is unprecedented in scale. As Peking University’s Michael Pettis has pointed out, every country that has pursued this model in the past—including Germany in the 1930s, Brazil and the Soviet Union in the middle part of the twentieth century, and Japan a few years later—has witnessed a period of rapid economic growth followed by prolonged stagnation or crisis. There is good reason to expect the same from the Chinese economy in the years ahead.

It’s hard to overstate the consequences of China entering into a period of prolonged stagnation for both Asia and the world. The impact of China’s economic slowdown would be most severe for Asian nations, many of whom rely on trade for much of their GDP.

Of course, the impact of this regional slowdown would extend to the political realm, although in what exact ways is hard to foresee. The economic slowdown would almost create greater domestic instability through the region. In this regard, it bears keeping in mind that many regimes in the region have based their entire legitimacy on economic growth and poverty reduction. Should Asia’s economic miracle end and millions of citizens slip back into poverty, the domestic tensions that have plagued many Asian states until the very recent future would very likely return. Of course, it’s also quite possible that a regional economic slowdown would greatly heighten interstate tensions, particularly as governments would try to gain legitimacy through nationalism rather than the economic prosperity they would no longer be able to deliver.

The consequences of China’s slowdown would extend far beyond the Asia-Pacific. However, forecasting the impact outside the region is more difficult. One concrete example would be the impact China’s slowdown would have on global energy markets. It seems inevitable that energy prices will decline somewhat in the years ahead. However, most energy forecasts still anticipate sizeable demand growth in the years ahead primarily because of the expected growing demand in China and, to a lesser extent, India.

For example, British Petroleum expects global energy demand to increase by 41 percent by 2035, with over half of this growth coming from China and India. If China and India’s demand stops growing, energy prices will plummet. This would have the potential to destabilize energy exporting nations in places like the Persian Gulf, Russia, Central Asia and parts of Africa. Make no mistake: the next Arab Spring is more likely to begin in China than Tunisia.

As bleak as an economic slowdown in China would be, it is arguably more preferable from the standpoint of U.S. interests than Asia’s second possible future. Under this scenario, Chinese leaders would successfully rebalance their economy and thereby ensure robust economic growth rates in the years ahead. If this occurs, China will try to dominate Eastern Asia and the Western Pacific economically, militarily, and politically.

As noted above, China is already central to Asia’s economy. Beijing is seeking to further enshrine this enviable position, however, through initiatives like the “Silk Road Economic Belt,” “Maritime Silk Road,” and the China-India-Myanmar-Bangladesh economic corridor. These initiatives encompass a number of different policies that focus on infrastructure construction, reduced trade barriers, and increased monetary cooperation in order to strengthen regional economic integration. China will stand at the center of this integration, making it, in essence, Asia’s indispensable nation.

In addition, China is seeking to gradually establish control over the East China Sea, South China Sea, and the Yellow Sea. The Chinese Communist Party has studied the rise of other great powers in excruciating detail. As such, Chinese leaders have likely settled on the American model, if only because the United States is the only modern state to achieve regional hegemony.

America’s grand strategy in the nineteenth century followed a two-pronged approach. In the first instance, it sought to expand internally under what later became known as Manifest Destiny. In the second instance, Washington sought to eject nonregional powers from the Western Hemisphere in order to enhance its relative power.

Unlike the United States, China doesn’t have to expand internally because it is already a continent-sized power. However, like the United States at the end of the nineteenth century, China has sought to settle the majority of its remaining land border disputes in order to focus its power projection capabilities toward sea. In doing so, it is almost certain to try and gradually constrain extraregional powers from interfering in Asia in order to enhance its own relative power in the region. In addition, Beijing will seek to dominate the Yellow Sea, East China Sea, and South China Sea.

If China’s Navy can successfully control these waters, Beijing will in effect hold veto power over all Eastern Asian nations given that their economic livelihoods depend on being able to access one or more of these waters. Consider Japan’s predicament if China were to control the East China Sea. Nearly 30 percent of Japan’s economy is based on trade in merchandise. If China’s Navy controlled the East China Sea, this trade—and thereby Japan’s economic livelihood—would all be contingent on China’s continued goodwill. And China has time and again demonstrated a willingness to exploit other states’ economic dependencies on it in order to further its political and diplomatic goals.

Thus, Beijing would hold veto power over decisions both big and small in Tokyo. For example, each time Japan wished to revise its history textbooks it would likely have to get approval from China’s Foreign Ministry, lest it should spark nationalistic outbreaks in Chinese cities that might force the Chinese government to erect a blockade against Japan’s economy.

In short, Asia faces two prospective futures, neither of which look anything like the one we know today.

Zachary Keck is Associate Editor of The Diplomat where he authors The Pacific Realist blog. You can find him on Twitter: @ZacharyKeck.