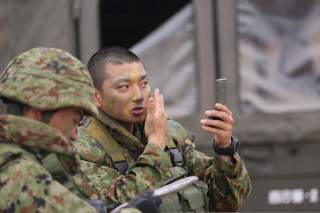 China’s phenomenal economic growth of the past quarter century has been both enabled and welcomed by the United States and Japan. However, with the economic influence and greatly increased military capability funded by that growth, China has developed the power and influence to assert its claims and interests at the expense of other countries in the region and beyond. A combination of historical grievances and authoritarian impulses has fueled China’s persistent and increasingly insistent campaign to expand its current territory and influence around the world. The current American and Japanese strategy of encouraging common economic and diplomatic interests with China, while maintaining military deterrence against direct aggression, is no longer adequate to protect both countries’ interests against Chinese activities such as gray-zone aggression and intellectual-property theft. The U.S.-Japan alliance needs to adopt a more active strategy of its own—“Assertive Engagement”—to protect bilateral interests, while still cooperating with China in forging common responses to common concerns, and equitable and peaceful compromises where interests conflict.

The current strategy of the United States and Japan was first announced in the April 1996 Joint Declaration on Security by Prime Minister Ryutaro Hashimoto and President Bill Clinton. Although it has been given different names, the strategy has been remarkably consistent. It has emphasized the concepts of institutionalization and reassurance to channel Chinese behavior, along with internal and external balancing to prepare for stronger opposition to Chinese actions, should that prove necessary. The United States and Japan have employed a mix of cooperation in economic, diplomatic and even some minor military areas—modest military modernization and redeployment of forces and declarations of military red lines on select issues and efforts with like-minded states to strengthen rulemaking in the Asia-Pacific in ways that shape China’s choices.

The objective of this mixed strategy has been to encourage China’s economic development and elicit its participation in solving common geopolitical issues, but limit China’s inclination to expand its power and influence through military coercion or conquest. This strategy of the past two decades has been largely successful: Japanese and American companies have made large profits in China, China has cooperated on selected geopolitical issues such as Iranian sanctions, and China has not expanded its borders. However, the current strategy is inadequate for dealing with China in the future.

Underlying the past strategy was an implicit expectation that in time China would decide decisively to follow one of the two paths. Instead, however, we have seen a clear American and Japanese bias towards interpreting Chinese behavior as following the preferred path of development. A typical example was the final paragraph of President Obama’s remarks following President Xi’s visit to the White House in September 2015: “President Xi, I want to thank you again for expanding your commitment to cooperation between our nations. I believe that it’s another reminder that as we work to narrow our differences, we can continue to advance our mutual interests for the benefit not only of our two peoples, but for the benefit of the world.” Two months later, a trilateral summit among Japan, China and the Republic of Korea resulted in no fewer than six communiqués concerning joint cooperation.

The American and Japanese reactions rarely go beyond the rhetorical, and their policies have strongly emphasized “institutionalization” and “reassurance” as levers to attempt to channel Chinese actions into existing norms, and to assuage Chinese fears of containment and ideological subversion.

But China has become so large, economically successful and militarily capable that it has simply outgrown current American and Japanese policies of cooperation and deterrence.

The current strategy requires substantial reinforcement if it is to accomplish the objective of providing both positive and negative incentives for China to play a cooperative and positive role in the region and the world. There are at least five major areas in which the United States and Japan need to strengthen current strategies for the future:

The president and prime minister should formally update the 1996 Clinton-Hashimoto Security Declaration to include the concept of “assertive engagement” recommended in this paper. The new declaration must include both a ringing endorsement of the common values of liberty, democracy, free markets and free trade that both countries are based upon. It must include a much more specific treatment of China than the 1996 version, covering a common assessment of Chinese capabilities and describing bilateral economic, diplomatic and military policies towards that country. As both nations revise their national security strategies in future (Japan’s first comprehensive national security strategy was issued in December 2013, and the latest American national security strategy in 2010), the strategy towards China must be consistent.

The second set of improvements that should be made in the current strategy is to improve the economic fundamentals in both the United States and Japan. Resumed solid American and Japanese growth, along with reduced Chinese economic growth, would undercut the Chinese influence and leverage that it has gained from its recent years of explosive growth.

There are of course powerful domestic reasons for leaders in both countries to improve their economies through bold action. Leaders in both countries should educate their citizens that increasing Chinese influence over the global economic system threatens American and Japanese prosperity over the long run, and that only if their two economies are strong and growing can they maintain the ability to uphold the international rules of fair economic competition that will allow their businesses to compete and prosper, provide jobs and increase prosperity.

While working to improve their own economic performance, the United States and Japan need to take an updated approach to economic relations with China.

There are still international economic organizations and arrangements in which it is worthwhile to encourage Chinese participation. Once the current round of TPP negotiations is complete, China should be actively encouraged to join by meeting its requirements. It is worth bringing China more closely into the Organization for Economic Cooperation and Development, if not as a full member, then in some status that would allow it, for example, to join the International Energy Agency, where it could cooperate on the security and resilience of the worldwide energy market.

In addition, Japan and the United States can play a much more positive role towards the Asia Infrastructure Investment Bank recently announced and led by China. There is no question that Asia needs additional capital for economic development, and the United States and Japan can better work to ensure that the AIIB meets international lending standards from within the organization rather than from outside.

4. Stronger Combined Military Capability of the United States and Japan

Both the United States and Japan need to continue to modernize their forces. Japan has arrested the decline of its defense budgets with modest increases in the past three years, but it must do more. It is Japanese interests that are under the greatest direct threat from Chinese military modernization, and Japan’s defense expenditures are only a quarter of those of the United States, as a percentage of gross domestic products. If American defense budgets stabilize and Japanese defense budgets increase, there is no objective reason that the United States and Japan cannot maintain the current relatively stable maritime and air balance in the region, denying China a high-confidence ability to take and hold Taiwan, the Senkakus or other islands in the South and East China Seas.

The United States and Japan should continue to engage China’s armed forces in exercises such as the multilateral RIMPAC exercise and operations to meet common challenges, from antipiracy patrols to the Ebola outbreak, tsunami responses and the full range of peacekeeping operations. In addition, there is scope for an array of confidence-building measures such as hotlines, exercise notifications and observer exchanges, protocols for seamanship and airmanship when encountering ships and planes of the other country, and others.