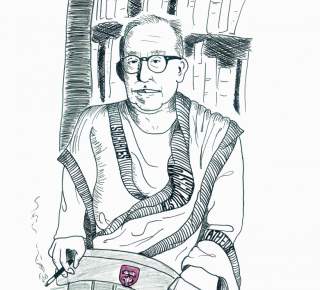 For me, at any rate, what continues to fascinate about the Straussian “cult” is the combination of such pretentious, high-minded universalism with an appreciation for the real work of political life, for the accommodation of interests and prejudices without losing sight of grander aims and possibilities. As Strauss wrote, in a much-repeated line, “Moderation will protect us against the twin dangers of visionary expectations from politics and unmanly contempt for politics.” Howse cites this Straussian motto in his own admirable effort to save Strauss from his more intemperate critics. But he might have been more generous in recognizing the same impulse in analyses of the interplay of philosophy and statecraft by followers of Strauss, like Harry Jaffa’s pioneering study of Abraham Lincoln and the Lincoln-Douglas debates and Harvey Mansfield’s profound book on Edmund Burke and the birth of modern partisanship.

Strauss himself traveled a considerable distance from his youthful infatuation with the most enticing and dangerously revolutionary streams of modern thought. A token of the hard-won insights of his “turning” can be found in the tribute that he paid to Winston Churchill, in front of his students, the day after the British statesman’s death in 1965:

The death of Churchill reminds us of the limitations of our craft, and therewith of our duty. We have no higher duty, and no more pressing duty, than to remind ourselves and our students, of political greatness, human greatness, of the peaks of human excellence. For we are supposed to train ourselves and others in seeing things as they are, and this means above all in seeing their greatness and their misery, their excellence and their vileness, their nobility and their triumphs, and therefore never to mistake mediocrity, however brilliant, for true greatness.

Here is the Strauss whose work continues to attract those who see in politics an activity with its own dignity but also a horizon that points, potentially, beyond politics. Strauss bows at once to the needs of the many, in political life, and to the aspirations of the few, in the life of the mind—and he leaves himself and his would-be students in the middle of it all, trying to discriminate among necessarily shadowy, indistinct things in the confusion of our mortal cave.

Thanks to his detractors, Leo Strauss is far more famous now than he ever was during his lifetime, with discussion of his ideas and influence showing no sign of abating. “I used to run into Davarr on the street,” Bellow’s narrator observes in Ravelstein, “and it was hard to imagine that this slight person, triply abstracted, mild goggles covering his fiery judgments, was the demon heretic hated by academics everywhere in the U.S. and even abroad.” It remains hard to imagine today.

Gary Rosen is the editor of the Wall Street Journal’s weekend Review section and the former managing editor of Commentary. He is the author of American Compact: James Madison and the Problem of Founding (University Press of Kansas, 1999).