Attacking North Korea Would Be a War of Choice 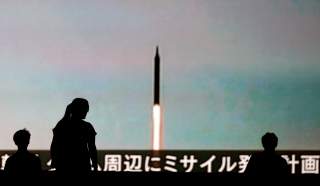 In my time with The National Interest, no column I have written received so much criticism as my claim last week that North Korean nuclear weapons do not represent an existential threat to the United States. Perhaps due to the current, Summer of 1914 atmosphere, critics found it “strangelovian” or insouciant about the use of nuclear weapons. I appreciate the TNI editors allowing me an opportunity to address these concerns.

A basic distinction in social analysis is between normative or moral concern, and empirical explanation. Soberly discussing potential U.S. survivability was too dispassionate for some readers. Perhaps nuclear weapons discourse should be morally rejected as too awful to contemplate. This is an old concern in strategic studies, often called “thinking the unthinkable.” Perhaps analytically discussing nuclear weapons helps normalize them; perhaps thinking about nuclear war strategy, survivability, state resilience and so on makes the appalling less appalling.

There is no easy answer to this, but it seems to me that not discussing how the United States might respond to a nuclear attack is irresponsible as national policy. Nuclear weapons exist. That genie will never be returned to its bottle, no matter how much we wish it so. Similarly, North Korea is a nuclear missile power, and we are unlikely to roll that back either. These are empirical facts, and no amount of normative revulsion over nuclear weapons’ awfulness will undo them.

I find nuclear weapons as appalling as anyone, pray they will never be used, and fear deeply that the world’s most dangerous state, North Korea, now has them. But revulsion alone is not enough. We must also think soberly about how we will respond in a worst-case scenario.

Nonetheless, when planning we should at least consider the worst-case scenario in passing. Specifically, is the current, worst-case talk correct that nuclear missilized North Korea is now an “existential” threat (see below) to America? Were North Korea to launch against the United States, could it do enough damage to actually bring down the American order—the state, the Constitution, the American way of life? It is obvious that many Americans would die, the economic and ecological consequences would be disastrous, a sharp, brutal turn in U.S. foreign policy would follow, and so on. I contest none of that in the original essay. Rather I express skepticism that the United States could not absorb at least some North Korean nuclear strikes without political implosion as well. The humanitarian catastrophe would, of course, be tremendous. Rather, I am asking if the U.S. government would collapse as well, which the “existential threat” language suggests.

In the essay I speculate that it would require dozens of strikes on American cities to actually pitch the United States into political collapse. Cooler-headed respondents suggested a lower threshold, or that even a few strikes would catalyze a military takeover. Perhaps. But the experience of states under strategic bombing in the twentieth century suggest far greater social and political resilience than that. The United States launched massive air campaigns against Nazi Germany, Imperial Japan, Communist North Korea, and Communist North Vietnam, including nuclear weapons use against Japan. Cities were razed; millions killed; millions more wounded. But none of the regimes collapsed or were overthrown, nor did those societies meltdown into some kind of Mad Max/Lord of the Flies dystopic anarchy. The Nazi and Imperial governments survived to surrender in good order, while the North Korean and (North) Vietnamese governments are still with us today.

In fact, the social resilience of the populations under these punishing campaigns astonished American planners and is a reason why the United States no longer contemplates such large-scale civilian bombing. It does not seem to work. Perhaps the United States is different. Perhaps it is politically more vulnerable. But I suspect not, as I argue in the original essay. The United States has major advantages those countries did not have: it is geographically and demographically very large, with multiple, federal layers of government, wealthy, and has deep political stability. By way of example, if multiple cities in the American west—those closest to North Korea—were struck, why should that lead to social collapse in Alabama, Maine or Pennsylvania? Fear, alarm and martial law would likely ensue—but why collapse? Would city, county, and state governments all over America simply cease to function if Washington D.C. were struck? Perhaps, but that is not intuitively obvious, even if it is deeply disturbing to contemplate.

I see no reason why saying this is somehow inappropriate; indeed, it strikes me as a good thing that the United States has these depths of resilience. (Why would we not want that?) To see cases where North Korean nuclear weapons really are an existential, constitutional, or state-breaking threat, consider South Korea or Japan. Both are geographically and demographically much smaller and denser than the United States, with highly centralized governments. That makes them extremely vulnerable to just a few strikes on their biggest cities.

All this suggest that, even in a worst-case scenario, the United States—its government, Constitution, and way of life—could in fact “ride out” a North Korean nuclear strike, despite the awful human toll. This is an important, if macabre, point to make, and one that is being inappropriately elided in the current atmosphere of paranoia.

Not an Existential Threat

North Korea is a great enough danger without unnecessary threat-inflation from U.S. officials regarding its missiles. Director of National Intelligence Dan Coats has repeatedly said North Korea’s nuclear weapons are an “existential” threat to the United States. National Security Advisor H. R. McMaster suggested that North Korea is undeterrable, and that Donald Trump believes a North Korean nuclear missile—not its actual use, but simply its existence—is “intolerable.” John Bolton, naturally, agrees; even the potential of a North Korean nuclear missile warrants a military strike.

Coats’ assessment is almost certainly inaccurate given the four strategic bombing cases discussed above, while the Trump White House and Bolton would have us fight just over the potential of a North Korean intercontinental ballistic missile (ICBM). The United States has lived with Soviet/Russian and Chinese nuclear ICBMs for years. Pakistan too has nuclear weapons. Most Korea analysts agree that the Kim elite of North Korea is rational. They are not suicidal ideologues like Osama bin Laden or ISIS. They firstly want to survive, whatever their other goals might be, which means they are highly unlikely to simply launch at the United States out of the blue.

Hence we do not need to preventively bomb North Korea, with the huge risk of regional or even global conflict that entails, just because they have nuclear weapons. Pyongyang will not launch a strike against the United States, unless we attack them first. The United States would—even in that extremely unlikely—worst-case scenario, survive. If we knew the North was about to attack, we should indeed preemptively strike. But that is almost impossible to know, especially with a state as opaque as North Korea. Thus, any American attack would be globally viewed as unnecessarily preventive, not legitimately preemptive.

As this essay has tried to argue, there is no clear-cut case for that, which is perhaps the root of all the administration threat-inflation. President Trump would have to sell to the American public why the United States cannot adjust to Northern nuclear weapons as we did to Soviet/Russian, Chinese and Pakistani nukes. Indeed, the preventive attack case is much stronger for more vulnerable South Korea and Japan, but they have made their peace living next to nuclear North Korea. President Trump might consider that before we do something rash. U.S. officials should be more honest about all this in the current febrile atmosphere. We are not on the cusp of World War III, the apocalypse or any of that cable news hysteria unless the Trump administration chooses to attack. And such an attack is not “existentially” necessary. Let’s at least be honest about that.