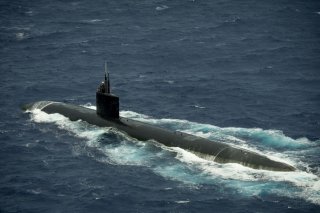 Last month, the war in Ukraine and the great power struggle for control of the South China Sea became forever linked. U.S. House Speaker Nancy Pelosi’s visit to Taipei at the beginning of August inflamed an already tense competition between Washington and Beijing for influence in the Indo-Pacific region. As part of buttressing Ukraine and defending a rules-based international order, the United States signaled its commitment to defend Taiwan by sending missile cruisers through the Taiwan Straits last week. China’s bellicose responses have been yet another example of the Chinese Communist Party’s (CCP) strong-arm approach to resolving regional disputes. Just days after Pelosi and her delegation left Taiwan, China launched missiles over Taiwan into Japan’s exclusive economic zone.

This missile launch into Japanese waters elicited no meaningful response from the United States even though Japan is a treaty ally with security guarantees. Washington’s strategy to counter China’s hegemonic ambitions remains vague given America’s justifiable preoccupation with Russia’s invasion of Ukraine. This series of events encapsulates the extent to which the U.S.-led unipolar global order is existentially threatened.

The world is living through an era of Enduring Disorder marked by the failure of Western hegemonic ordering mechanisms and institutions to manage and mitigate friction points in the international system. Like-minded allies struggle to create effective collective action mechanisms to deter competitors and protect their interests. Whether it is Turkey threatening to “freeze” Finland and Sweden’s NATO accession bids, Hungary and the European Union clashing over rule of law disagreements, or Russia blocking the United Nations (UN) Security Council’s actions on Ukraine, the world is experiencing a power vacuum. Pelosi’s decision to ignore the warnings of the White House and Pentagon is indicative of coordination failures among multiple power centers, as the systems in place to avert global conflict are constantly bypassed and ignored by those who claim to be supporting them.

However, Pelosi’s visit and the ensuing friction with China could also lead the West and its like-minded partners to finally embrace a coherent policy to combat this disordered era of international affairs and balance Chinese hegemony in the region. A key first step has already been taken in the form of AUKUS (the Australia-United Kingdom-United States trilateral defense pact). While some, including China, have called AUKUS little more than a dangerous and hostile “arms deal,” AUKUS is so much more.

AUKUS is a trilateral security pact with the potential to serve as a “cornerstone balancer,” that can counter China’s hegemonic ambitions in the Indo-Pacific. Rather than being a values-based coalition, AUKUS is a technocratic agreement focused on creating a rules-based order in the Indo-Pacific that will check Chinese coercion with strong naval security protections. It is also a network of shared technologies that build on existing bilateral arrangements. With AUKUS, Washington has laid the groundwork to craft a strong deterring alliance.

AUKUS is representative of a new form of collective action that has emerged in the Indo-Pacific. It is a mini-lateral engagement that has faced challenges since its inception but now appears to be developing into an effective security pact. Indeed, AUKUS may be the most consequential step toward reasserting meaningful Anglosphere collaboration that could serve as a model for how to address common problems and hostile states.

AUKUS also cements the buy-in of London and Canberra to Washington’s paramount role as security guarantor for the Indo-Pacific. The new Albanese government in Canberra has worked diligently to mend relations with partners rankled by his predecessor, including by smoothing over tensions with France and providing assurances to regional partners, such as Indonesia, that AUKUS is not a threat.

Although AUKUS’s primary mandate includes providing Australia with conventionally armed nuclear-powered submarines, as well as advanced defense and security capabilities, there is strong potential for the pact to serve as a region-wide denial deterrence platform. Expanding AUKUS to include Japan and possibly even India would improve regional interoperability, promote joint training exercises, and forward position key military assets. Australia, the United Kingdom, and the United States can also signal the pact’s determination to maintain a free and open Indo-Pacific by continuing to deploy naval assets in the South China Sea and scheduling freedom of navigation transits through the Taiwan Strait.

As cross-strait tensions between Beijing and Taipei continue to worsen, AUKUS can also reassure the region by working with partners to secure emergency basing arrangements and provide humanitarian support if China invades Taiwan. As China launches its third aircraft carrier and is constructing five Type 052D destroyers, AUKUS members must prioritize technological developments in the defense sector, including the production of hypersonics, counter-hypersonics, and electronic warfare capabilities to surpass recent Chinese military advancements.

AUKUS members must also urgently prioritize increasing overall defense production capacity. It turns out that the need for the Anglophone allies to increase ammunition and ship-building capacity is very real. At present, America cannot be the full-service arsenal of democracy equipped to supply arms for a two-front war. The war in Ukraine has depleted American artillery ammunition stockpiles and maxed out submarine construction capacity, leaving allies like Australia and Taiwan undersupplied if hostilities with China escalate in the short to medium term.

As long as Australia, the United Kingdom, and the United States signal their resolve in the face of CCP aggression by increasing defense preparedness and coordination, AUKUS will bolster the U.S.-led order in the Indo-Pacific. It remains to be seen how AUKUS will perform in the face of new Chinese aggression, but given the growing turn towards similar arrangements—the Quad, the India-Japan-US trilateral, and the India-France-Australia trilateral—this type of arrangement seems poised to help tackle disorder where larger collective action mechanisms, like the UN, have failed.

The world is living through an era of Enduring Disorder ripe with collective action challenges and the multiplication of power centers. However, this does not mean like-minded allies cannot take innovative steps to craft new forms of order and deter potential aggressors.

Darren Spinck is an Associate Fellow at the Henry Jackson Society and author of Securing the Strait: Engaging Taiwan in the UK’s Indo-Pacific Tilt.