Australia's Challenge: Navigating the Uncertainty of the Asian Century 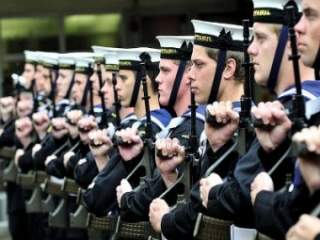 During its first few months in office, a combination of rookie errors and challenging circumstances gave the Abbott government’s international policy a shaky start. The PM’s declaration that Japan was Australia’s best friend in Asia showed a lack of diplomatic finesse, while the government’s handling of the Snowden leaks made something of a mockery of the Coalition’s intentions to prioritise good relations with its near neighbours. Critics who had labelled Abbott out of his depth in foreign and strategic policy seemed to be on to something.

After nearly seven months in office, the Coalition’s foreign and strategic policy is beginning to coalesce. Abbott’s remarkably successful three-country tour of Northeast Asia shows the government’s approach to Asia is beginning to take firmer shape. In particular, we can now see clearly the course it is trying to navigate in its dealings with Asia’s major powers.

One of the big themes of the Abbott government’s strategic policy is to signal clearly where Australia stands in relation to the fundamental underpinnings of Asia’s regional order. Australia thinks the basic parameters of the strategic status quo are the best means of securing and advancing Australian and regional interests. Those centre on continued American primacy, a stable military balance, a relatively open economic system and the international rule of law. While both sides of Australian politics share that belief, they’ve not always been clear about their commitment, mindful of the ways it might upset China.

In contrast to the clumsy declarations and curt press releases of the first few months, the set-pieces of the Northern Tour allowed a more sophisticated approach to that signalling. In the prime minister attending the newly established National Security Council in Tokyo, his personal audience with Emperor Akihito, and in the signature of various trade and defence agreements, Australia made clear the depth of its ties to Japan. Moreover, the visit reinforced Australia’s commitment to the American-dominated regional setting, albeit in ways China would find it difficult to complain about.

The set-piece dramas for the trip were the three trade agreements and the substantial business delegation to China. Concluding a deal with Japan, signing an already finalised text with South Korea and giving the long-stalled China agreement a prime ministerial heave were the most publicised achievements. While the politics of the trade agreements were mainly domestic—it is the use of the agreements as fundamentally political devices that is especially notable. The decision to conclude what are remarkably constrained, preferential trade deals was driven by a clear strategic calculus. Indeed, good friends like the United States and New Zealand have been privately critical of the knock-on consequences for regional trade liberalisation. But the Japan agreement does more than advance two-way trade and investment—it signals longer-term commitment. Similarly, the desire to build a stronger strategic link with Seoul and to strengthen relations among U.S. allies underpinned more overt aims of improving access to agricultural and services markets. The China deal is perhaps the most political of all and sends two messages to Beijing: first, Australia sees a mature economic relationship with China as compatible with its strategic link to Washington; second, Australia can’t be interested in containing China if it seeks closer trade relations with Beijing. The Abbott government has little time for those who argue that the strategic and the economic are inextricably intertwined; the strategic is separable from, and more important than, the economic.

During the election campaign, the Coalition sensibly avoided spelling out how it was going to manage Australia’s relations with Beijing and Washington. The Abbott government has now made clear that in its handling of China, it is dusting off the Howard playbook of compartmentalisation. Australia is seeking to focus squarely on its shared economic interests with China, being clear about its strategic relationship with the United States, and keeping questions of democracy, human rights and other issues off the table. Over the longer run, that strategy is likely to be tested. As the two economies become more intertwined, and as the relationship matures, keeping the economic separate from the political and the strategic will become harder.

Abbott’s first major diplomatic foray was strikingly effective. Notwithstanding a few clunky speeches, there were no major gaffes. The government brought home a raft of ‘wins’ that it will use to thump the Australian Labor Party at home. At the strategic level, the trip signals how Australia is going to try to navigate the Asian Century. Clearly, the government believes the order established by U.S. primacy must be retained. Equally, it recognises that the rise of China challenges key aspects of that order. The Northern Tour continues the heavy emphasis Australia has traditionally put on its relations with Japan. That reflects not only the long and deep relationship between the two U.S. allies but also a larger strategic ambition. Australia is trying to help Japan take on a strategic role in the region commensurate with its size. If Japan can become a strong autonomous strategic power, closely linked to the United States via an alliance, the basic regional order established over the past thirty years is likely to prevail over the medium term. If it doesn’t, a more unstable future likely awaits us. Much depends on what path Japan takes, and the Abbott government is intent on shaping that development to the best of its ability.