Austria and Germany Need to Rethink Their National Security Strategies 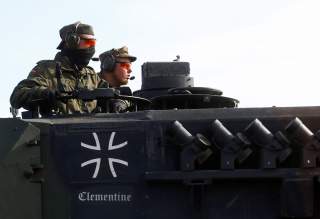 Going forward, any narrative supporting an increase in Austrian and German defense spending—plus an increased military role of both countries in European security—cannot be built in reaction to threats from Russia or the Islamic State, but they must be formulated as actions to preserve the unique economic and political achievements of both Austria and Germany. There has to be an Austrian, German, and European equivalent of the idea of American exceptionalism founded upon liberal principles and not blood. In short, both countries and the whole of Europe need to jointly shape a narrative around becoming an “arsenal of liberal democracy,” to paraphrase Franklin D. Roosevelt. Lack of such a narrative will ultimately doom European efforts to failure.

Franz-Stefan Gady is a senior editor with The Diplomat.