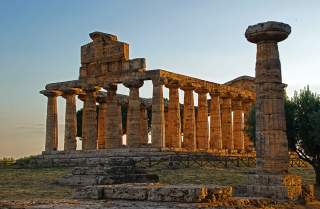 Deneen fills the gap here: Why Liberalism Failed is a robust argument that liberalism has a clear and contestable anthropology, and this anthropology—to which liberals demand conformity in government policy and social life—is wrong. But the attentive reader will detect in Galston’s own soothing prose a few ideological barbs. For one, there is Galston’s euphemistic use of the word “diversity,” which does not simply mean “variety.” What it means for liberals is a positive good—not a mere multiplicity of human characteristics and types, but rather a preference for certain kinds of groups over others. The preferred groups are precisely those that diminish traditional “ethnic, historical, class, or religious conceptions of ‘the people,’” at least where Europe and North America are concerned. “Diversity” never means that Algeria must accept more Frenchmen or Zimbabwe more English farmers, of course.

There is a charitable interpretation of liberal demands for diversity and an uncharitable one; probably both are true. The charitable one is that liberals truly wish to eradicate the illiberal past of their own countries, but to do so they must also eradicate the foundations upon which the old illiberalism stood: not only outright racism, but the unintended biases that arise from supermajorities sharing a faith or ethnicity or a small cluster of related faiths and ethnicities. The surest prophylactic against the return of racial or religious discrimination is to smash the old racial and religious blocs into fragments and prevent those fragments from recombining by instilling in the old sorts of Americans and Europeans a belief that unspeakable evil always arises from their particular kind of identity politics. Stated simply, if whites are racist and Christians are bigots, then our countries need proportionally fewer whites and Christians.

The glaring flaw in this thinking is that even if its premises were true, nonwhites and non-Christians would not necessarily be any less racist or bigoted than the old Western majorities. What’s more, in demolishing the foundations of the old illiberalism, one risks demolishing what was once the foundation of liberalism, too. Few non-Christian countries have a history of fostering liberal traditions.

The uncharitable interpretation of the mantra of diversity is that it serves a divide-et-impera strategy and substitutes a weaker, disorganized, more pliable underclass for the well-organized and militant working classes that troubled liberalism from the nineteenth century until the last decades of the twentieth century. Turkish guest workers in Germany and undocumented Latin American immigrants in the United States are in no legal or cultural position to demand the kind of treatment or wages that American and German citizen workers would insist upon. But even beyond such crude economic considerations, the political and social fragmentation brought about by diversity may be essential for an administrative overclass to maintain its power. If nothing else, diversity makes the rise of an alternative ruling class of either the nationalist Right or socialist Left—out of a majority that possesses a strong sense of solidarity political cohesion—highly unlikely, if not impossible.

Galston is right that liberalism’s survival depends on compromise, but by presenting a misleadingly inoffensive and nonideological picture of liberalism, he makes the first step toward compromise, an honest and open airing of differences, more difficult.

Deneen does not want liberalism to survive. Yet Why Liberalism Failed does not really advance any worldly alternative, either. The book has received generous reviews from progressives and respectful ones from conservatives, which is impressive, given that Deneen is, in straightforward terms, a Catholic Christian conservative who is highly critical of much of what the American Right holds dear, beginning with the American Founding and the market economy. He has succeeded in interesting multifarious readers, however, because he attacks each side’s idea of Satan: for the Left, the free-market Right; and for the Right, the cultural Left.

Liberalism has many meanings: for Galston, it is a bland system disguising a benevolent program of social reconstruction. For “classical” liberals of the nineteenth century, it was a system of economic freedom and political emancipation from the old medieval order. In twentieth-century America, liberalism came to be identified with the New Deal and Great Society, and later efforts to expand government to provide more benefits and services.

The liberalism at which Deneen takes aim is a grand conception that encompasses both the classical liberalism and the modern big-government variety. He argues that the philosophical-anthropological foundations of liberalism, extending back to Hobbes and Locke, lead the free market and large centralized government to work together to liberate individuals from their relationships with one another and even from their own natures. The result is a loss of virtue, endemic anxiety—especially about technology—a sense of helplessness and alienation from self-government, and a series of recent and impending financial and environmental catastrophes. These are the ways in which liberalism has failed.

Although Deneen draws upon a range of insightful social thinkers, including Alexis de Tocqueville and the sociologist Robert Nisbet, the core of his conception of liberalism comes from Leo Strauss, who goes unmentioned, however, in the pages of Why Liberalism Failed. Deneen relies upon Strauss’s interpretations of Thomas Hobbes as a liberal individualist and John Locke as a crypto-Hobbesian and atheist. (C. B. Macpherson, who shared Strauss’s view of Hobbes, does get cited.) Francis Bacon also looms large for Deneen as the prophet of technological liberation from nature. Academics have been known to joke that students in the tradition of Strauss characteristically inflate the political importance of Bacon while omitting from their considerations of liberalism actual, historical liberal figures like Benjamin Constant—and sure enough, Constant goes unmentioned in Deneen’s account of liberalism. Also unmentioned are such unimpeachable liberals of indisputable religious conviction as Lord Acton, William Gladstone and Reinhold Niebuhr.

Liberals whose works show a great concern for the social or communal dimension of life, such as L. T. Hobhouse, also disappear from the record of liberalism to be found in Deneen’s work. His major points of reference for liberalism instead consist of Hobbes, Locke, Alexander Hamilton, James Madison, John Stuart Mill and John Dewey, with Machiavelli and Bacon haunting the background. It’s a cherry-picked list, whose members’ words and ideas are cut up and put to similarly selective use.

The result could be characterized as a Frankenstein liberalism built out of mismatched parts, but there are two things to be said for the genealogy Deneen constructs. The first is that—whether or not these sources all deserve to be called liberal—they may have crucial elements in common, such as a tendency in their theorizing to weaken the traditional bases of authority and social life, promoting individualism either directly or indirectly. Second, however implausible the lineage Deneen draws up may seem in light of liberalism’s historical development, this construct does bear a certain disturbing resemblance to the thing that goes by the name of liberalism today. To say so is not to let Deneen entirely off the hook—the fact that liberalism has sometimes looked very different from how it appears now is important, in part because it may mean that the best alternative to “liberalism” is to be found not in rejecting liberalism altogether but in accepting a different kind of liberalism, perhaps an anti-Frankenstein built out of the parts that Deneen omits. Deneen himself perhaps nods in this direction by treating Edmund Burke—whose Whig credentials and views on trade make him at least as plausible a liberal as Thomas Hobbes—as a source of wisdom.

The social contract is the theoretical centerpiece of Deneen’s understanding of liberalism. (Despite the fact that John Stuart Mill, arguably the paradigmatic liberal, rejected the social contract as even a mere thought experiment.) For Hobbes and Locke, human beings begin as radically loose individuals in a state of nature, subject to no formal authority, which only arises though the self-interested act of entering a contract. Deneen argues that the purpose of social-contract theory, however, is actually to create the radically individualistic state of nature that the theory is supposedly trying to escape, and to replace earlier, more socially and politically grounded conceptions of nature, such as are found in Aristotle, with a new, self-made, unnatural “nature,” in which men and women have no preexisting commitments and are free to pursue pleasure as the highest end.

This, for Deneen, is what liberalism is fundamentally about. It fails because human pleasure-seeking can never be satisfied and must end with discontentment. Similarly, the limits of the natural world’s resources and humanity’s real, preliberal nature make endless consumerism and the accumulation of ever more power unsustainable. Deneen’s is a grand philosophical critique of a hedonistic anthropology and the technological and political ethos by which it attempts to establish itself in the world of flesh and blood. He warns of apocalyptic consequences to follow, though one is asked to take on faith the magnitude of the ecological and economic disasters to come.

This last part is more than a little unsatisfying: Deneen confidently prophesies doom, yet he rejects the scientific and social-scientific basis on which predictions about economic exhaustion and global warming are made. But Deneen isn’t writing as a scientist, just as he is not writing here as a political thinker: Deneen is a moralist, and the darkness he foresees is above all and most certainly a moral one. Its material correlative in global warming or a bank crash is beside the point for what matters most to Deneen—which is the moral condition of man under liberalism.