Averting a Deepening U.S.-China Rift Over the South China Sea 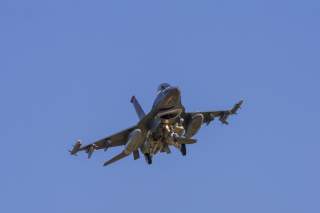 Second, Washington needs to make it clear privately to Beijing that its continued failure to enter into talks, to clarify the nature of its claims to waters within the 9DL, and to disavow the unprovoked use of force, combined with its growing presence and capabilities in the area, will increasingly cause the United States and other states to hedge against worst case outcomes and act accordingly. Specifically, the United States will need to maintain its own capacity, and the capacity of others, to counter possible future attempts by Beijing to declare a de facto exclusionary zone or zones in the area and to employ force, possibly against an ally (the Philippines).

Third, Washington should make it clear to Beijing that such hedging would require a significant improvement in U.S. defense relations and presence with, and the provision of armaments to Manila, as well as Hanoi and Malaysia. However, this augmented level of U.S. activity should be made contingent on China clarifying its claims and entering into negotiated codes of conduct with other claimants. Beijing must also clearly affirm, through its words and actions, that there is no military solution to these disputes and that it will not seek to dislodge rivals forcefully from occupied areas in an unprovoked manner. Washington should make it clear that, if China undertakes such actions and pledges, the United States would suspend the above hedging activities.

Fourth, regarding negotiations over the disputed claims, Washington should stop opposing bilateral talks between claimants, including China-Vietnam, China-Philippines and China-Malaysia, and try to broker bilateral settlements between Vietnam and the Philippines and Vietnam and Malaysia so as to reduce differences between claimants to the bilateral level with China. The current U.S. stance of pushing “collaborative” efforts is a non-starter in the absence of any unity among the non-China claimants.

Fifth, in order to reduce tensions and improve the environment for negotiations, Washington should work behind the scenes (perhaps with Indonesia?) to organize an effort to promote the joint exploration of seabed resources without prejudice to sovereignty, as has already been done by Malaysia and Thailand (1979), Malaysia and Vietnam (1992), and Malaysia and Brunei (2009), and as China has long urged.

Sixth, while Japan’s effort to improve the capacity of coast guard units of our allies and friends in Southeast Asia is welcome, Washington should not encourage the JSDF to join the United States in patrolling the South China Sea. Having the JSDF in an area where Japan has no territorial claims (unlike China) and its security and freedom of navigation are not threatened would intensify the emerging security dilemma between the U.S.-Japan alliance and China, as well as promote instability.

Finally, this issue, and the need for greater clarity regarding concerns and consequences, is sufficiently urgent and important to justify discussion at the highest levels of government. It should be on the agenda of President Xi Jinping’s meeting with President Obama during the former’s upcoming state visit to Washington in September. Rather than yet again exchanging each side’s formal position, the two presidents and their aides should seek to achieve a clearer and more finely grained understanding of concerns, intentions and consequences and commit themselves to undertaking mutual assurances designed to avoid an escalating spiral. Military and civilian authorities at lower levels could then develop such assurances.

The United States and China must get beyond the heated rhetoric and signals of resolve and build the basis for demilitarizing and defusing the escalating tensions in the South China Sea. If this is not done, the current course of action threatens to produce a far more dangerous situation that will prove extremely difficult to reverse.

Michael Swaine is a senior associate in the Asia Program at the Carnegie Endowment for International Peace.