To Avoid a War With China, Should America Abandon Asia? 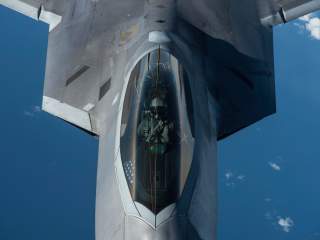 Rule number one if you are trying to win a debate: never admit your own thesis is a “fantasy.” And yet, this is the grim position that John Glaser finds himself in, stating that “there is something fantastical about my policy preferences.” Fictional foreign policy ‘fantasy’s’ like Glaser’s, alluding to an America that can hide behind “vast oceans to its east and west and a superior nuclear deterrent” that is supposedly “remarkably insulated from external threats” creates a false narrative. Such ideas should be exposed for what they are: at their worst a shameful mischaracterization of what many are dubbing a policy of “restraint” and at worst a foreshadowing of a dangerous neo-isolationism that should be thrown onto the ash heap of history once and for all.

But let’s not get ahead of ourselves just yet. Before we continue on with our debate on American foreign policy towards Asia (you can find Mr. Glaser’s original essay here, my response here, his rebuttal here as well as a supportive post to Glaser’s position by CATO Vice President Christopher Preble here), let us recap a polished up version of Glaser’s argument:

“In order to avoid a clash with a rising China the United States should abandon its strategy of primacy in the Asia Pacific. Containment of China is a costly and risky strategy, I claimed, and one that is not necessary to secure America’s vital national interests. Crucially though, the core of my argument came down to this: the prospect for such apparently belligerent policies to successfully dampen China’s regional ambitions is very dim. That Beijing will grow more assertive in response seems more likely.”

So now that we have his arguments reestablished, I would like to focus my final effort in this debate by unpacking Mr. Glaser’s thesis points, arguing not only why they are wrong, but also why they run completely counter to furthering America’s national security interest, something Glaser argues he is advancing in his half-baked foreign policy fantasy.

Idea #1: In order to avoid a clash with a rising China, the United States should abandon its strategy of primacy in the Asia-Pacific

This is really the crux of Glaser’s argument and really what makes his ideas truly unique—but also uniquely dangerous.

Let us suppose next year, when a new U.S. president takes office, that he or she decides America should ‘abandon’ primacy in Asia—an argument no presidential candidate dares make, by the way. What next? At the very least, Washington would have to dissolve treaties and other obligations to allies in the region such as Japan, South Korea, Taiwan, the Philippines and Australia—as well as dissolve budding strategic partnerships with nations such as Vietnam and India.

The above scenario should set off a number of frightening questions. For starters, has any nation throughout history decided to simply just dissolve so many different alliances and partnerships at once over a short amount of time? How would our allies in Europe or in the Middle East respond? Would they trust our leadership to confront the Islamic State? What about the challenge of Putin’s aggressive moves in Ukraine or Syria? Our allies would correctly assume America might just walk away from these relationships as well someday—as according to Glaser’s worldview, better to withdraw than confront a challenge to the status quo that might create conflict. Sketch this out a little further and one would not be remiss in making the assumption that Glaser is not only advocating dropping so-called primacy in Asia, but by default, walking away from many other alliances around the world. If this is the case, Glaser owes it to the reader to explain what happens when America walks away from an international system not just in Asia but around the world. What replaces it? Would nations like Russia, China and Iran that have very different interests than the United States quickly rush in and fill the void? Any college freshman taking International Relations 101 or even the most cursory reading of history would tell you that this is the likely outcome.

Idea #2: Containment of China is a costly and risky strategy. . . and one that is not necessary to secure America’s vital national interests

Is the Obama Administration today really trying to contain China? If this is what containment looks like—when we can’t even get the messaging right when the U.S. Navy conducts freedom of navigation operations (FONOPS), as we are so worried we are going to offend China as it builds and militarizes new islands in the South China Sea—then we have a much bigger problem on our hands.

For the purposes of this essay, let us put aside the debate if Obama is trying to contain China.

I along with many others in these pages have argued Washington is following a classic hedging strategy when it comes to Beijing. On the one hand, America wants to continue a nearly $600 billion bilateral trade relationship that has clear benefits for both sides. At the same time, Washington has undertaken a careful—and what I would argue far too careful when one analyzes Beijing’s actions—reassessment of China policy. This has resulted in the “pivot” or “rebalance” to Asia. Doing the bare minimum in order to not invite China’s wrath, America, along with its allies, is attempting to restrain Beijing’s aggressive and coercive actions, actions that at this point, can only be seen as China’s attempt to dominate a space at least out to the first island chain—and cast aside the status quo. America’s reaction was simply the least risky course of action, and merely a reaction to Chinese actions from 2008 to the present, actions that are growing more aggressive and coercive with each passing day.

1) Vietnam, a former Cold War enemy, is seeking a much stronger partnership with America—all thanks to Chinese actions in the South China Sea. Hanoi is also working to modernize its military, such as purchasing from Russia advanced conventionally-powered attack submarines armed with state of the art anti-ship weapons.

2) India, once a proud member of the non-aligned club, is working with the United States closely on many strategic and economic issues of mutual concern. Such a relationship is a direct result of a shared concern over Chinese actions. Washington has sold billions of dollars of defense equipment to New Delhi with talk of additional purchases already in the works. Both nations, fearing China’s aggressive actions, are being pushed closer by the day.

3) Prime Minister Shinzo Abe is working toward a stronger Japanese military, with record defense budgets and the crafting of plans to develop an anti-access/area-denial strategy in the East China Sea. In fact, Japan might end up selling Australia some its most advanced attack submarines, an idea unthinkable just a few years ago, but now very possible thanks to actions taken by China.

4) Speaking of Australia, there is now an active debate whether Canberra should acquire nuclear weapons. While most experts don’t believe Australia will acquire nukes anytime soon, when one factors in the fierce debate over ideas such as a “Larger Australia” then such chatter suggests a change in Asia’s security environment, one that China can only be credited in creating.

5) The Philippines has taken China to court over its claims in the South China Sea. While Beijing has been steadfast in its position that it will not accept any type of court decision over its claims of “indisputable sovereignty,” losing such a case would weaken China’s hand in the global court of public opinion—something it surely does not take lightly. Considering Manila can’t hope to counter China’s military might, “lawfare” was its only option after Beijing seized Scarborough Shoal.

6) Taiwan, after Washington has dropped the ball time and time again after agreeing to help Taipei acquire new conventional submarines, will now work to engineer their own domestically. This was an obvious response to China’s massive military buildup and fears that America might not be able to make it to the island democracy in time to stop a possible future Chinese military action such as an invasion—an option Beijing has not renounced despite good relations and a recent meeting between “Mr. Xi and Mr. Ma” late last year.

As we can see, it is not just America that is working to constrain China’s aggressive actions, but a region-wide effort—and Beijing only has itself to blame.

Despite Mr. Glaser’s assertion above, I would argue that Washington and its allies must confront Chinese actions head on and that we can change Beijing’s strategy of altering the status quo. No one is calling for conflict, but Beijing must be made to understand that its challenge of the international system will be met with significant costs. Simply walking away from Asia, out of fear that war will be the result of a more active policy, is not a solution based on reality or history, but rather is a failure to understand the tools America and its allies have to change Beijing’s calculus.