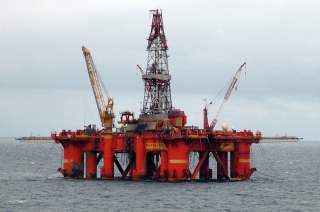 On the road to Paris, don’t bypass oil. This warning sign looms large as the world’s nations map out their future climate targets over the next month ahead of the United Nations Climate Change Conference later this year.

The greenhouse gas emissions associated with the nearly 100 million barrels a day that flow through the global oil supply chain—from extraction to refining to consumption—rivals that of other fossil fuels. Despite America’s Clean Power Plan, Germany’s Energiewende, and other strategies that center on coal, gas, and renewables, oil is projected to remain the world’s number one energy source that must be managed anew.

While oil is expected to dominate, alternative oils will increasingly fill the void as conventional crudes dwindle and once-unreachable resources are tapped. Alternative oils look and behave very differently than twentieth century oil—and one another. It turns out that oils’ climate impacts are as highly diverse as the resources themselves.

In a sampling of global oils, there is more than an 80-percent difference in total greenhouse gas emissions per barrel when comparing the lowest-emitting oil and the highest. These estimates are based on modeling 30 test oils run through the first phase of the Oil-Climate Index—a new open-source tool developed by the Carnegie Endowment for International Peace and its partners at Stanford University and the University of Calgary.

If oils had similar greenhouse gas emission footprints, oil demand reduction policies would be the main climate strategy. But getting off oil through fuel switching and vehicle replacement is costly. The fact that oils actually have wide-ranging climate impacts offers complementary supply-side solutions that are force multipliers in terms of wisely selecting and managing oils. For example, putting a gallon of fuel made from an oil that is half as climate intensive into a car that is twice as fuel-efficient cuts carbon by a factor of four. Merging supply- and demand-side gains is the best hope of making progress in the years ahead in the otherwise challenging oil and transport sectors.

The key lies in transparency that features robust, detailed information about alternative oils. From the 30 oils tested in the Oil-Climate Index, several climate mitigation opportunities arise.

If the light, gassy oils in Nigeria, the United States and elsewhere stop burning associated gas, install methane-handling equipment, and abide by Norway’s self-imposed flaring prohibition, they would be some of the lowest greenhouse gas emitting oils available. Satellite technology could monitor flaring commitments.

Oils that are watery, heavy and depleted in California, Indonesia and elsewhere require enormous amounts of steam to enhance their recovery and energy to lift and re-inject their produced water. If these oils used renewable energy sources like concentrated solar to generate heat, they could significantly reduce their climate footprints.

Extra-heavy oils in Canada and Venezuela will have to innovate to better manage their naturally embedded carbon. Their solid residue (or petroleum coke), when removed, shouldn’t be burned to generate power without offsetting its emissions, which are vastly higher than renewables, double that of natural gas, and 10 percent more than coal. Conversely, when these oils are treated with hydrogen to expand their excess carbon into additional products, that hydrogen needs to be generated using low-emitting resources and techniques.

And expanded analysis of other oils on the horizon is expected to reveal even more possibilities for progress. Yet there is just not enough currently available open-source, verifiable data to model their emissions. Still, oil shale (kerogen) in Estonia, Israel, Jordan, and the U.S. Rocky Mountain region, coal-to-liquids in China and South Africa, gas-to-liquids in Qatar, and oils in extreme environments, such as those buried beneath Arctic permafrost, should be modeled through the Oil-Climate Index before they are commercially developed.

Scientists warn that at least one-third of the world’s oil resources need to remain buried, taking advantage of nature’s own carbon capture and sequestration, if we are to insure against catastrophic global warming. By indexing oils to one another, investors, industry, policymakers and the public can debate the most affordable and least disruptive way to approach pressing oil-climate challenges. Such disclosure could foster critical public-private resource discussions, help guide energy and climate decisionmaking, inform fuel regulations and facilitate the design of a viable carbon tax.