Awaiting the Verdict: The Genocide of Christians 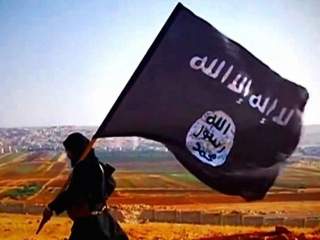 The House of Representatives will vote Monday on a resolution recognizing ISIS atrocities against religious minorities as acts of genocide. The word genocide, which many say entails legal commitments to action, is one the Obama administration has been loath to use amid debate over the perceived lack of U.S. initiative in Syria and Iraq.

Since ISIS stormed western Iraq in the summer of 2014, threatening Christians, Yazidis and other communities with extermination, decisive responses from the White House and Congress alike have been slow in coming. The first hint of official progress came in November, when the federally supported U.S. Holocaust Memorial Museum issued a report concluding that ISIS’s actions against Yazidis—though not Christians—met the international definition of genocide.

Since then, rumors of an imminent announcement from the White House have circulated almost continuously among activists and Capitol Hill staff. Adding to the pressure, Congress has imposed a deadline on the administration to categorize the violence perpetrated by ISIS as well as Bashar al-Assad’s regime in Syria. That deadline falls on Thursday, March 17.

The European Parliament recognized ISIS crimes against minority groups as a genocide in February, agreeing with a judgement long held by Pope Francis. And in the United States, last week saw the release of another extensive report, cosponsored by the Knights of Columbus and the advocacy group In Defense of Christians (IDC), arguing that ISIS’s targeting of Christians meets the international legal definition of genocide.

President Barack Obama has famously been cautious to intervene in conflicts abroad for humanitarian reasons. Last week, the Atlantic’s Jeffrey Goldberg released a lengthy profile of Obama’s foreign-policy doctrine, highlighting tension between Obama and his UN ambassador, Samantha Power, whose Pulitzer Prize–winning book A Problem from Hell is a critique of U.S. responses to genocide. Amid pressure to evoke Power’s “responsibility to protect” doctrine, Obama reportedly once snapped, “Samantha, enough, I’ve already read your book.” That doctrine eventually proved insufficient cause to escalate against the Assad regime after 2013’s Ghouta massacre crossed the administration’s chemical-weapons “red line.”

Despite the facts—that ISIS entered northern Iraq in 2014 with coercive and bloody intentions against the non-Sunni populations of the Nineveh plains—consensus remains divided on whether the term applies to this case. In a November interview about the U.S. Holocaust Memorial Museum’s report, Cameron Hudson, director of the museum’s Simon-Skjodt Center for the Prevention of Genocide, told the National Interest that “there was a real qualitative difference in how Yazidi communities were treated [by ISIS] versus other communities, Christians among them.” By comparison to Christian sites, Hudson said that the pillaging of Yazidi property and holy places was far more “systematic.”

Furthermore, the tiny size of Iraq’s Yazidi community compared to its Christian population, and the relative lack of a Yazidi diaspora abroad, made it more vulnerable to complete extermination at ISIS’s hands. And ideologically, Hudson said, ISIS’s version of Islamic jurisprudence meant that Yazidis faced only two choices—“forced conversion or destruction”—whereas Christians could at least theoretically pay the jizya tax levied on non-Muslim “people of the book.”

But according to last week’s report by Knights of Columbus and IDC, the jizya levied by ISIS was little more than an exorbitant and legitimized form of extortion, far from the premise of the tax as practiced historically. Even if paid, a jizya to ISIS was still “a prelude to killings, kidnappings, rapes and the dispossession of the Christian population.” And while the Holocaust Museum report argues that only atrocities against the Yazidis were comprehensive enough to merit the label of genocide, sources close to IDC and its congressional allies have told the National Interest that the Genocide Convention’s reference to acts “with intent to destroy [a group] in whole or in part” fits ISIS’s sweeping destructive intent against at least some portion of Iraq’s Christians. The KoC/IDC report echoes this argument.

Given the contradictory pressures to act—but not too heavy-handedly—in Syria and Iraq, why would the administration want to assign the genocide label to ISIS’s acts against Christians, Yazidis and other targeted groups? According to Cameron Hudson of the Holocaust Museum, viewing the ongoing conflict through the lens of genocide broadens the range of potential U.S. responses where policymakers have so far “exclusively used a counterterrorist doctrine.”

This need not involve a commitment to intervene; recognizing the Darfur genocide as such, for example “didn’t materially change the [George W.] Bush administration’s response,” said Hudson. Instead, “it was used more as a political statement and effort to rally international attention.”

Moreover, some critics of Obama’s record in the Middle East say that recent U.S. policy has only worsened the condition of the region’s vulnerable Christians and other religious minorities. At a time when the White House is often tarred as indifferent to increasing hardship facing Christians at home and abroad, finding ISIS’s crimes against Iraq’s Christians as constitutive of genocide is a relatively low-cost way for the administration to recognize the concerns of the “persecution caucus.”

The United States is not necessarily the best equipped or most willing international party to respond with force to ISIS’s atrocities against groups that it considers obstacles to God’s will. But soon it will be forced to demonstrate, at the very least, the consistency of its moral judgment.