Back to Basics: America Needs a Return to Realist Internationalism 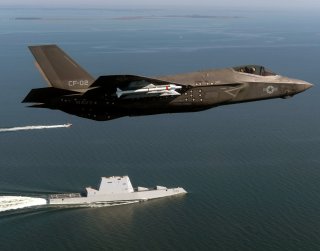 WHAT DIRECTION should foreign policy take in the wake of the Russo-Ukrainian War? Rather than invent a new and clever theory, it’s time to go back to basics. They served us well during the Cold War and they will serve us well again. Basics constitute realist internationalism: not the bogus neo-isolationist realism of the post-Cold War. Realist internationalism encompasses a concern for human rights without harboring an obsession with human rights as with the newly fashionable post-Cold War Left of today. It is all a matter of moderation—the very moderation that motivated American administrations from Harry Truman to George H.W. Bush.

This rejection of post-Cold War extremes does have one innovation: an emphasis on expertise. The fine-tuning of sanctions, the recent emergence of cyberwar, the potential for tactical nuclear war, and much else that is historically new dramatically complicates the application of foreign policy. Coordination of countless moving parts has become in and of itself a value in the conduct of our international relations. In short, a combination of Cold War-style philosophical moderation with twenty-first-century-style operation is the key to avoiding blunders and missed opportunities. We should avoid getting too clever, which is the stuff of the editorial pages.

On a regional level, we should employ the Russian fiasco in Ukraine to signal to the Chinese that we are absolutely committed to the defense and de facto independence of Taiwan. We should pay attention to our backyard in Latin America, where the Chinese have been making serious inroads. We should not make a fetish of democracy in the developing world, where the issue is basic order by any reasonable means possible. And we should settle our problems with Saudi Arabia, which has the capacity to pump enough oil to lower the price, thus helping to undermine Russia’s revenues. But to repeat, we have to avoid ideology of any sort in foreign policy. The more dangerous and complex the world becomes, the more centrist and pragmatic we will need to be. Dealing with democratic and authoritarian regimes alike allowed us to contain Communism for decades. It is a model that still has its uses.

Robert D. Kaplan holds the Robert Strausz-Hupé Chair in Geopolitics at the Foreign Policy Research Institute. His most recent book is Adriatic: A Concert of Civilizations at the End of the Modern Age.