Back to the Future in Iran? 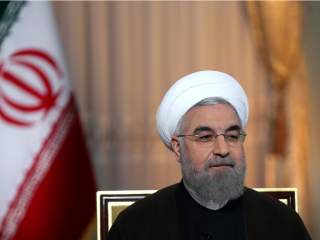 The election results for Iran’s parliament (Majles) and its highest clerical body, the Assembly of Experts, indicate a robust yield in support of President Hassan Rouhani’s foreign and domestic agenda. No doubt the peaceful resolution of the standoff over Iran’s nuclear issue and the lifting of Western sanctions weighed heavily in the minds of voters. This election was as much a referendum on the nuclear deal as it was about the future course of politics in Iran.

With very few exceptions, most observers have heralded the election results as a triumph for the cause of moderation and reform in Iran. Indeed, there are reasons to be optimistic about the new balance of power in Iranian politics. Although hardline conservatives (known as “principlists”) still constitute the largest voting block (but no longer a majority) in the Majles, the combination of high voter turnout and ouster of long-serving hardliners affords Rouhani the space for meaningful deal making that had thus far eluded him.

But contrary to prevailing expert opinion, the results do not suggest a victory for reform. In fact, they may well have marked its end as a permissible political force.

Prior to the vote, the Guardian Council, the body charged with vetting the qualifications of would-be candidates, disqualified nearly 90 percent of reformists from participating in the elections. This was particularly harsh, even per the Council’s standard practice in elections past (even the grandson of Ayatollah Ruhollah Khomeini was disqualified), and drew the ire of Rouhani and his supporters.

All the same, of those approved to run hardly any were of the caliber of the first generation of reformists with bold and clear agendas for expanding basic rights and reforming discriminatory laws. Given these rather bleak circumstances, what eventually emerged as the list of preferred reform candidates (dubbed the Hope List) was in fact a roster of moderate and even ultra-conservatives conjoined in their support of Rouhani’s economic and political agenda. Sadegh Zibakalam, a professor at Tehran University and outspoken reformist, justified the choice in an interview with the Guardian thusly:

“Reformism is not only about empowering reformists, it also means you should boost the moderate principlists against the hardliners. That also somehow paves the way for the reformists.”

Indeed, the Hope List succeeded in electing more moderate principlists in place of hardliners in Tehran, where a substantial number of seats are apportioned. But the hope that avowed anti-reformists of moderate variety can somehow cultivate a political space for reformists surpasses wishful thinking. Not only do individuals on the Hope List openly refer to the pro-reform protests after the fraudulent 2009 presidential election as “seditious,” but most of those elected have had no affiliations whatsoever with the twenty-year struggle for reform, except as critics of reformist leaders. With friends like these, then, it is curious that reformists should invest any hope on the goodwill of moderate principlists toward them.

Two of the more notorious figures on the Hope List elected to the Assembly of Experts were former intelligence ministers Mohammad Reyshahri and Ghorban Ali Dorri Najafabadi. Reyshahri’s infamous reputation among ordinary Iranians goes back to his actions as a former chief judge on the Military Revolutionary Courts after the 1979 revolution, when, on his orders thousands of political dissidents and intellectuals were executed. Dorri Najafabadi’s tenure is similarly linked to a period when agents of the intelligence ministry carried out some of the most brazen and brutal chain killings of intellectuals and dissidents both at home and abroad.

Upon further scrutiny, the replacement of reformists with moderate-conservative and principlist politicians represents a shift in the direction of an altogether different, but not entirely unfamiliar, political movement. The new Rouhani coalition bears some rather striking resemblances with the pre-reform era pragmatist-conservative consensus led by the former president Akbar Hashemi Rafsanjani, which oversaw the post-war reconstruction period and made limited attempts at liberalizing the economy and establishing trade relations with some advanced economies such as Germany and Japan.

Although since taking office Rouhani and his administration have taken every precaution not to be perceived as too close to Rafsanjani (due to the the latter’s ongoing power struggles with the hardline establishment close to Supreme Leader Ayatollah Ali Khamenei), in reality the ties between them run deep. Rouhani’s technocratic approach to governance, his ranking of economic liberalization above political reforms and his cautious embrace of a pro-engagement policy—each of these have precedents in the post-war consensus cultivated by Rafsanjani in the early-to-mid 1990s.

To be sure, there are significant differences in terms of the scope and substance of the issues facing the two administrations, not to mention the fact that the Islamic Republic was in its infancy then. In addition, the political system has absorbed some rather serious blows to its legitimacy from progressive reformists as well as hardline conservatives, as exemplified in the presidency of Mahmoud Ahmadinejad. Nevertheless, as regards temperament, personnel and approach to domestic politics, Rouhani’s administration shares more than a few strands of DNA with that of Rafsanjani’s.

In many respects, Rouhani’s successes on the diplomatic front are the result of a careful study of missed opportunities and management of contentious politics inside Iran. It remains to be seen whether his modified approach will avoid the pitfalls of Rafsanjani’s tenure, some of which contributed to the advent of the reform movement in the first place. Continued political repression, rampant corruption, rising inequality and foreign isolation ultimately doomed the previous pragmatist-conservative consensus, and were a major reason why Rafsanjani’s name became synonymous with graft and cynicism in popular parlance.

The public vote of confidence for the handling of the nuclear file notwithstanding, the ultimate test of Rouhani’s tenure will be his management of the post-sanctions economy and its attendant political considerations. With reformists now nearly extinct, the “hope” invested in Rouhani’s coalition comes with a much higher burden of responsibility.

Hussein Banai is an assistant professor of international studies at the School of Global and International Studies, Indiana University-Bloomington.