Backwards Britain: Why It’s Time to Abolish the Monarchy 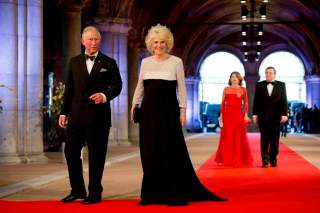 The United Kingdom has more than its fair share of political problems. Three and a half years of acrimonious debate over the European Question—exacerbated by two rancorous general election campaigns—has left Britain with deep social and political divides. The 48 percent who voted to remain inside the European Union (EU) are understandably resentful at the 52 percent who are jubilant at now having left. It sometimes seems as though the very soul of Britain is up for grabs. Will it be an open or closed society? Cosmopolitan or intolerant? Internationalist or introverted?

How the British choose to associate with their European neighbors—and how they choose not to—will go a long way toward providing answers to these questions. But there is another relationship that says more about Britain’s national character than EU membership ever will—that is, Britain’s relationship with its monarchy. As Britons ponder what sort of future they want for their country, they would do well to consider abolishing this corrosive and anachronistic institution.

The most offensive feature of monarchy, of course, is that it cements privilege at the top of state and society. By definition, royalty is an advertisement that “pedigree” still matters in Britain—which, of course, it does even in contexts far removed from royal life. Abolishing the monarchy would not erase Britain’s class divide overnight, but a republican form of government would at least be able to lay claim to the principles of equality and democracy.

Monarchy, on the other hand, precludes equality even as a pretense. There is nothing remotely egalitarian about a system that guarantees, by law, that one family will receive taxpayer-funded grants, literal palaces in which to live, special protections from criminal justice, barely disguised political influence, and the deference of elected politicians. The whole point is that some people are born different—and better—than others. This is a repugnant doctrine.

The state-sponsored extravagance of royalty would be bad enough if members of the Royal Family could be trusted to set a serene example for “ordinary” people to follow. It is made much worse by the fact that, in reality, the royals behave badly. As the great constitutional theorist Walter Bagehot once wrote, “a constitutional prince is the man who is most tempted to pleasure, and the least forced to business.” After all, an idle mind is the devil’s playground—and members of the Royal Family are idle as an occupation.

To be sure, senior royals may choose to devote their entire lives to noble acts of charitable work. But they might equally choose not to. And whenever a royal misdeed is committed, it is a fact of modern life that such news will be plastered all over the front pages of tabloid newspapers. Famous headlines include royals donning Nazi uniforms, cavorting with alleged pedophiles, and injuring members of the public in car accidents. At best, the House of Windsor is a group of people afflicted with the usual flaws. More likely, it is an institution that predisposes its members to ill behavior.

The British are thus left with the worst of both worlds—a privileged coterie of royals who use their money and influence not to set a high example but to embarrass the country and provide endless fodder for gossip magazines.

This will only get worse when Queen Elizabeth II dies, and Prince Charles accedes to the throne. For years, it has been relatively easy for the press to show deference to an elderly lady. It will be much harder to respect a man who once likened himself to a female hygiene product, talks to his plants, has interfered in official government business, and is generally regarded as a figure of fun. Charles I was beheaded for going to war against his own people. Charles III won’t be treated quite so harshly, but he might well be forced to abdicate under the weight of relentless mockery.

Despite all this, it is unlikely that the abolition of the monarchy will be high on the agenda anytime soon. Despite its many flaws, the crown is a stubborn institution. Part of the explanation for its stickiness is that royalty inculcates habits of social conservatism in British society. For while citizens of the UK might no longer be classified as formal “subjects” of the reigning monarch, the edifice of monarchy casts a long shadow of deference that is difficult to escape.

Consider the popular response to the recent announcement from the Duke and Duchess of Sussex that the pair would like to step back from royal duties, relocate their family to North America, and pursue financial independence. The initial reaction was one of surprise and indignation—sheer disbelief that Harry and Meghan should want to retreat from public life and deny the British people their rightful window into the couple’s everyday lives. The umbrage was particularly acute given that the public purse had just doled out £2.4 million refurbishing the Sussex’s residence, Frogmore Cottage, which sits on the grounds of Windsor Castle.

Having accepted money from the public purse, the argument went, there could be no question of the Sussexes pursuing an independent life. The implied assumption was that the British taxpayer had purchased a controlling stake in the lives of Harry and Meghan; it was not for the Sussexes to make decisions for their own family!

This was a telling insight into how the British people view their relationship with the Royal Family—not much dulled by the fact that, in the end, the Sussexes were “allowed” to retreat from their public duties after agreeing to an exit plan with other senior royals. In a normal society, anyone should be free to plot their own course; nobody’s life ought to be subject to public control. But in monarchical Britain, oppressive social expectation is not unusual. Abandoning one’s station is to be frowned upon, whether rich or poor.

For a long time, it was possible to argue that the monarchy should be retained because abolition would involve major constitutional upheaval. But leaving the EU has already opened the door to “root and branch” reform of how Britain governs itself. Even Scottish independence and Irish unification are now realistic prospects—foreshadowing, perhaps, the breakup of the British state. In this context, abolishing the monarchy alongside other constitutional reforms can be seen to make a great deal of sense, especially if the UK is to fragment into two or more entities.

Exiting the EU was supposed to presage the emergence of a Global Britain—confident, ambitious, cultured, and “cool.” But as the Second Elizabethan Era draws to a close, it is now painfully clear that some Britons have their gazes fixed inward and backward. There is a risk of atrophy. To push Britain forward, the country ought to consider ditching its heaviest anchor to a past best left behind. What better way to “take back control” than to become a republic?