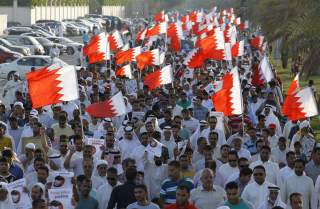 For now, Bahrain has the political space to try to absorb some of the wounds of the past through an expanding economy if it is also able to generate a new—and up to now, lacking—sense that economic benefits will be shared fairly. The Shia population may have a limited opportunity to channel demands through social and economic issues, and perhaps they will make use of those possibilities. The newly elected National Assembly could evolve in ways that create a sense of some real participation in decisionmaking.

How each of these threads—social services, education, job expansion and whether parliament becomes a serious vehicle for discussing economic change—develop will influence Bahrain’s future stability. At the same time, the continuation of heavy-handed control will keep some resentment alive. Eventually, Bahrain will need to test the progress its plans have made by lightening repression. Finding that time and avoiding another explosion of unrest will require wisdom from all sides—not just the government’s.

Ronald E. Neumann is the president of the American Academy of Diplomacy. He has served as U.S. Ambassador to Bahrain, Algeria and Afghanistan.