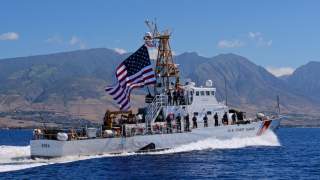 In his prophetic poem, “The Second Coming,” about the coming of fascism in Europe in the 1920s, Anglo-Irish poet W. B. Yeats wrote:

Turning and turning in the widening gyre

The falcon cannot hear the falconer;

The best lack all conviction,

While the worst are full of passionate intensity.

Yeats’ words apply to today’s fierce debate over U.S. foreign policy as much as they did to the debate over Europe’s future after World War I. Today, the long-standing bipartisan consensus about America’s role in the world is being challenged as never before by passionate extremists of the populist left and right. At a time of unprecedented danger in the world, the center must hold, lest the liberal world order we created over seven decades ago falls apart.

To that end, we offer (1) a summary of the national security challenges that face us as a nation, (2) an analysis of the debate about how we should respond to these challenges, (3) a description of five, distinct, core principles that we believe should guide the next Administration’s thinking about U.S. national security strategy, and (4) an outline of how these principles would be applied to an especially critical question for national security policy—the relationship between diplomacy and military force and the limits of state power in the twenty-first century.

The challenges that face us

Fifteen years after the September 11 terrorist attacks, the United States finds itself still embroiled in Afghanistan and Iraq, but not for the reasons it initially went to war there. Al Qaeda and its ilk have metastasized across the Middle East and North Africa, and the so-called Islamic State has sought to redraw by force the boundaries of the Levant, while demonstrating its ability to target cities in the Middle East, Europe, and the U.S. Clearly, America’s strategy to pacify these regions and establish at least the foundations of sustainable pluralistic political systems has not fulfilled the aspirations of its proponents. Instead, we are confronted with hostile forces, based in failed states fueled by apocalyptic visions, filling political vacuums previously dominated by more traditional despots.

Russia—buoyed by a decade of lucrative oil revenues—attempted to veto Ukraine’s desire to associate more closely with Europe. While one can debate Mr. Putin’s motives and the longer-term effectiveness of his strategy (Putin got Crimea, but Ukraine still signed an association agreement with the European Union), his actions have clearly dashed hopes that Russia would collaborate with the West in assuring peace and security in a post-Cold War Europe.

Similarly, China—following a quarter century of spectacular economic growth that is only now showing its limits—has begun to assert a more aggressive nationalist posture, with motives that need to be understood on many levels. Its actions have called into question, first, the notion that the prosperity of China’s new middle class would move that society in a direction more akin to Western liberalism, and, second, the expectation that greater interdependence and a larger stake in a globalized world order would entice China into taking a “more responsible” role in world affairs.

Terrorism and great power conflicts both dominate our headlines, but they are by no means the only issues on the agenda. The prospect of nuclear weapons proliferation is potentially an existential threat, not just from North Korea (which has them) and Iran (which may eventually choose to get them depending on the fate of the current multilateral agreement), but also from other powers (e.g., Saudi Arabia, Japan, South Korea) if they ultimately determine that they need nuclear weapons for their own security against regional rivals.

We also face another potentially existential threat. Regardless of its causes, the impact of climate change has already exacerbated the potential for conflict in Africa and the Middle East and threatens to undermine some of the most fragile developing countries in the world.

Meanwhile, our Allies are experiencing critical debates about their own identities and their role in the world. In Japan, one hears persistent and highly placed rhetoric about becoming, again, a “normal” country. In South Korea, there is frustration with a frozen and increasingly dangerous peninsula. In Taiwan, renewed interest in claiming their own national identity complicates not just relations with Beijing but a constellation of relationships in the Western Pacific. And in Europe, economic stagnation and floods of immigrants and refugees have reawakened the darker sides of nationalism, nativism, and xenophobia, while “Brexit” is symptomatic of broader forces that may yet unravel the foundations that have given us confidence about peace in Europe for almost three quarters of a century.

The past quarter century has witnessed an explosion in prosperity, health, and technological advances to improve human lives. Moreover, globalization has expanded significantly the distribution of many of these benefits beyond the handful of industrialized societies that dominated the global economy through much of the twentieth century. Yet, this period has also witnessed an alarming growth in the disparity in how those benefits have been distributed—both at home and abroad—contributing to growing levels of disaffection and alienation that, in the extreme, continue to foster and even intensify violence between individuals, groups, and states.

In short, not only has national security become both a domestic and a foreign policy question, but governance has become a national security issue. The established democracies that created the post-World War II liberal order have reaped many of the macro-benefits of globalization but have not responded adequately to its socially disruptive features and facilitated the kind of transformations necessary for those benefits to be felt more widely within their societies. That, too, has serious implications for national security.

These are among the most pressing national security challenges that will confront our next President. They are global issues, not just American problems, but others look to the U.S. for leadership in shaping answers. Let’s examine the debate about how the United States should respond.

The debate about how we respond

The United States is experiencing an identity crisis over what role it should play in international affairs. Virtually every tenet that provided the foundation of America’s global role in the second half of the twentieth century—when we, along with Britain and a handful of other close allies, reshaped the international order following World War II—is now being openly challenged:

Historically, presidential election campaigns have offered little reliable insight into how the next occupant of the White House would answer such questions. This year, an alarming number of policy prescriptions from presidential candidates have alternated between isolationism and adventurism—sometimes in the same voice—but with little nuance or evidence of having considered the longer-term consequences of their actions. This year is not unique in this respect, but the intensity of passion around these issues, amplified by contemporary media technologies, has brought these issues into stark relief for the whole world to see.

This oscillation between policy extremes is understandable. The West prevailed in the Cold War with a strategy that enjoyed a resilient domestic bipartisan consensus in the U.S. American political, economic, and military power provided the foundation for a new global order. The end of the Cold War brought predictions of an “end of history” and the eventual globalization of Western liberal values on which that global order had been built, along with a warning that our “unipolar moment” would be short-lived. In retrospect, many of these predictions were grounded in excessively generous assumptions about the human condition.

We have seen questions like this before, especially in the wake of major structural changes in international relations. Following the first cataclysmic war of the twentieth century, E. H. Carr’s classic, The Twenty Years’ Crisis: 1919-1939, outlined a devastating realist critique of “utopianism,” yet concluded, “if it is utopian to ignore the element of power, it is an unreal kind of realism which ignores the element of morality.” Likewise, in The Irony of American History, Reinhold Niebuhr explored after World War II the ironies of a moral nation coming to terms with the exercise of global power, stressing the need to balance between the twin evils of “sloth” in refusing to accept the responsibilities of power and of “pride” that overestimates one’s power.

Since the end of the Cold War, successive U.S. national security strategies have consistently embodied this tension by posing, in various ways, two fundamental objectives: first, to promote democracy and free markets; and, second, to promote security and stability. These objectives are, of course, contradictory, but the point is not to choose between them. We want to pursue both, even though they compete with each other, and promoting one is usually at the expense of the other. We need to balance the way we pursue each, because both are vital to us as a nation.