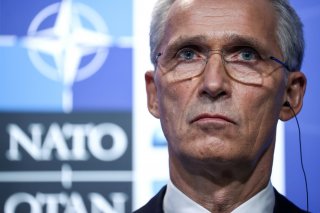 The transatlantic alliance is suffering from a major communications breakdown. The U.S. decision to establish the trilateral AUKUS partnership without notifying France beforehand, despite the massive financial implications for Paris, has been labeled a “stab in the back.” Coming on the heels of European complaints about inadequate U.S consultation during the Afghanistan withdrawal, a sense of doubt now pervades the transatlantic security relationship.

Fortunately, the nascent U.S.-European Union (EU) security and defense dialogue offers an opportunity to right the ship. At the June 2021 summit between the United States and the EU, the two sides agreed “to launch a dedicated dialogue on security and defense,” carrying out a proposal made by the European Commission to the new U.S administration in December 2020. But while establishing direct U.S.-EU communication in this area offers the potential to make a real difference, the dialogue’s effectiveness will ultimately depend on its implementation. U.S. and EU officials must, therefore, carefully consider key decisions about the new forum’s agenda, interlocutors, relationship with NATO, and degree of institutionalization.

The need for greater U.S.-EU coordination on security and defense is clear. Insufficient European defense capabilities continue to cause frustrations about burden-sharing, straining the transatlantic relationship. One of the most promising ways to fix this imbalance is greater integration of various national capabilities through the European Union, which could reduce unnecessary fragmentation and duplication between member states. Yet counterproductively, the United States has traditionally refrained from supporting EU defense, engaging European allies primarily through bilateral and NATO channels.

The new dialogue is a welcome change in approach, providing the United States and the European Union with an opportunity to cooperate directly. But while the list of issues is long, success will require prioritization. “To get the wheels moving,” suggested Tania Lațici, a policy analyst with the European Parliamentary Research Service in Brussels, “start with six to seven working groups looking at crisis management, resilience, defense industry, strategic partnerships (including NATO), defense technology and innovation, and intelligence.”

Indeed, quick wins will be crucial. According to one U.S. government official, there is a degree of skepticism about whether talks with the European Union are worth the time and effort. Thus, to create momentum and form the basis for a longstanding working relationship, the United States and EU would be wise to focus first on areas of technical cooperation, for instance by securing U.S. participation in additional PESCO projects and removing obstacles to U.S.-EU defense and intelligence-related data sharing. While high-level strategic questions such as approaches to China and Russia are undoubtedly important, they are unlikely to yield the immediate results needed for U.S.-EU dialogue to blossom.

The United States and EU must also determine who their respective interlocutors will be. Though high-level political dialogue lends itself better to headlines, real progress is more likely at the lower staff level. “These are the people who do the actual policy formulation and implementation, who need to understand how the EU works as well as the ‘who does what’ and ‘who is who,’” explained Lațici. This could mean working at the deputy assistant secretary of defense level on the U.S. side and the director-general level on the EU side. Importantly, the officials involved should differ depending on the issue being discussed, in order to ensure appropriate expertise in the room.

One potentially thorny issue will be whether NATO is included in the talks. The importance of effective EU-NATO cooperation is undeniable. In the view of Ben Hodges, the former commanding general of U.S. forces in Europe and the Pershing Chair in Strategic Studies at the Center for European Policy Analysis, “The alliance has to make clear to nations what its requirements are. This involves communicating the standards needed to create a certain set of capabilities, as well as ensuring that the work each nation is doing contributes to overall collective security.”

Yet direct participation by NATO’s International Staff in the dialogue may undermine its overall goal of improving the U.S.-EU relationship. There must be greater recognition from the U.S. government of the EU’s role as a separate authority on security and defense issues, rather than being treated as an afterthought to NATO. There is thus a strong political rationale to keep the focus primarily on U.S.-EU bilateral cooperation, though NATO could perhaps play a secondary observer role on a limited range of relevant issues.

Finally, the United States and the European Union will need to decide to what extent they wish to institutionalize the dialogue. As previously mentioned, a lasting political mandate for talks with the European Union is not yet assured in the United States. If the dialogue does gain some momentum, however, it could develop into either a regularly scheduled series of meetings or a more flexible format, called on an “as-needed” basis. Though an ad-hoc setup does mitigate the risk of interlocutors simply spinning their wheels, there is real value in scheduling regular meetings that will allow U.S. and EU officials to develop a habit of mutual consultation. This will ensure that once a crisis scenario does emerge, the groundwork will already be laid for smooth bilateral cooperation.

The U.S.-EU Security and Defense Dialogue is no silver bullet for the transatlantic relationship. It cannot on its own fix the persistent asymmetries in the transatlantic security bargain, nor can it magically bring about convergence on major strategic questions or solve fundamental problems of political will. Yet it is a laudable first step toward promoting more coherent and effective European defense capabilities, which will be sorely needed as the United States continues to shift its attention to the Indo-Pacific in the future. President Joe Biden’s explicit support for stronger European defense in a recent call with French president Emmanuel Macron demonstrates that the time is ripe for the U.S.-EU security and defense dialogue. Therefore, it is worth making the effort to get the details right.

Nick Lokker is the Joseph S. Nye, Jr. Research Intern for the Transatlantic Security Program at the Center for a New American Security (CNAS) as well as the 2021 Europe Fellow for Young Professionals in Foreign Policy. He wrote this article in his previous capacity as a graduate student researcher for the U.S. Office of Defense Cooperation, U.S. Embassy, Brussels.  The views expressed are those of the author and do not reflect the official policy or position of the U.S. Department of Defense or the U.S. Government.