Barzani Should Not Spark Another Intra-Kurdish War 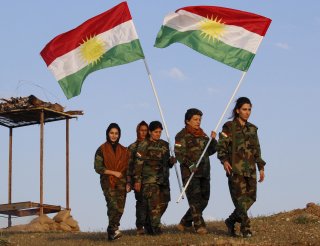 The conflict between the Kurdistan Workers’ Party (PKK) and the Kurdistan Democratic Party (KDP) dates back to the 1980s. The PKK is secular, egalitarian and progressive, while the KDP is rooted in conservative tribal politics. The two parties fought in the 1990s to no one’s benefit although at great cost in terms of both blood and treasure.

U.S. and European policymakers often dismiss the PKK as illegitimate. This fundamentally misunderstands why the group exists. The PKK grew in response to Turkey’s genocidal policies and inability to uphold human rights for Kurdish people. That threat remains real: It does not matter whether the Kurds take to the mountains or to the ballot boxes; their fate in Turkey is always the same. Selahattin Demirtas, a Democrat who led the Peoples’ Democratic Party, the third-largest party in parliament, now languishes behind bars despite the European Court of Human Rights calling for his release. The PKK has never threatened nor posed a threat to the integrity of Iraq or the Kurdistan Region, nor does the PKK use either as a base to carry out attacks inside Turkey. This raises the question of why Turkey has entered Iraq. Local reports show the Turkish army has penetrated into Iraq by at least twenty-five miles, deforesting pristine wilderness to build military roads and conduct their operations. Increasingly it appears the fight against a PKK bogeyman has less to do with counterterrorism and more to do both with expanding influence in the environs of the oil-rich city of Kirkuk and also reclaiming former Ottoman territories.

The PKK, for its part, has played an undeniable role in curbing and weakening the Islamic State (ISIS). Kurds in Sinjar gravitated toward the PKK because they perceived the KDP’s rapid retreat as the Islamic State rose up to be a betrayal. The KDP responded by cozying up to Recep Tayyip Erdogan’s government for support, despite Turkey’s iron-fisted approach towards its own Kurds. Without the existence of the PKK, much of the Kurdistan Region would have fallen under ISIS control overnight. The Islamic State’s fall, meanwhile, started when the pro-PKK People’s Protection Units (YPG) defeated them in Kobani. This in turn cemented a relationship between the Kurds and Arabs in Syria, aided by the Global Coalition to Defeat the Islamic State.

The KDP increasingly lashes out at the PKK less because of the PKK’s own actions and more because the KDP seeks a foil to distract from its own failures. Corruption within Kurdistan Region is at an all-time high. A more agile leader might allow the free press to identify problems so the government could address them, but Prime Minister Masrour Barzani is not agile. A power struggle between Masrour and his cousin President Nechirvan Barzani also weakens the region as both undercut and undermine the other in their personal quest for local, Iraqi, regional and international partners. The government both lead, meanwhile, has failed to pay civil servant salaries for the past seven years.

As Iraqi Kurds question the legitimacy of an increasingly dysfunctional Barzani family, Masrour seeks protection in an alliance with Erdogan. This will lead to disaster. It will backtrack efforts to save the Kurdistan Region from predatory powers and turn it into a colony for Turkish aspirations. It will also drive the region closer to a meaningless war between the KDP and PKK. The renewal of such a conflict would cause humanitarian tragedy, breathe new life into the Islamic State insurgency, hamper the recovery of Sinjar’s Yazidi community who want nothing to do with either KDP or Turkey, and it would further Turkey’s Neo-Ottoman policies in the region.

Turkey has destabilized Syria, Libya, and the South Caucasus. Its Ottoman dreams, however, could cause far more damage. The Barzani family peddles the Turkish line for provincial, cynical reasons. The United States should not fall prey to such cynicism. Should the State Department accept the Ankara-Erbil line on the PKK, then it will provoke a war rather than prevent one.

Kamal Chomani is a Kurdish political analyst based in Germany.