The Battle Over Russian Oil Is Just Beginning 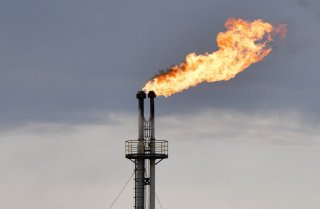 On September 2, the finance ministers of the G7 countries—Canada, France, Germany, Italy, Japan, the United Kingdom, and the United States—released a statement confirming their plans to implement price caps on Russian crude oil and petroleum products.

The idea of the price cap is to leverage the United States and Europe’s control of the insurance and shipping services to prohibit those industries from facilitating any oil shipment that does not meet the yet-to-be-determined price cap, thus forcing Russia to abide by the regulation. Once the plan is finalized, the G-7 countries hope to implement the cap on crude oil starting on December 5, with the cap on refined products to follow two months later.

Secretary of the Treasury Janet Yellen called the move “a critical step forward in achieving our dual goals of putting downward pressure on global energy prices while denying [Russian president Vladimir] Putin revenue to fund his brutal war in Ukraine,” in a separate statement released the same day. The United States and Europe hope such a maneuver will help fill a gap in the unprecedented sanctions that the West has imposed on Russia since its invasion of Ukraine in February. Thus far, the Russian economy has managed to stay afloat due to oil sales. According to the Wall Street Journal, Moscow has earned $74 billion via oil sales through July of this year.

If the G7 can successfully enforce a price cap, it could keep the price of oil relatively stable while limiting Russia’s profits, finding a middle ground between the status quo and an earlier proposal to issue a complete ban on insuring Russian oil shipments that was to take effect at the end of the year, and which would likely have seen the price of oil skyrocket. Questions about whether this plan can be put into action, and how effective it will be, remain.

The most important of these questions is Moscow’s response. While conventional wisdom suggests that Russia would abide by the new rules because even reduced profits from sales are still preferable to none, this is not necessarily the case. “Russia is a strategic player with a somewhat exotic value function, adept at negative-sum games,” Sergey Vakulenko, an independent energy analyst and the former head of Strategy and Innovations at Gazprom Neft, wrote in a July 2022 article for Carnegie Politika. “With that in mind, Moscow could well be inclined to call the West’s bluff and establish not a price ceiling but a floor for its crude, prohibiting exports at a price lower than that threshold. ... and then Moscow could simply wait for buyers’ cartel defectors to come knocking at its door.”

Putin has already threatened retaliation against countries that participate in capping oil prices. And as with any other sanctions, Putin and his allies are surely conceiving how to successfully circumvent the impending caps, including whether oil exports could be insured by Russian or Asian insurers.

The other important factor to consider is how other important stakeholders outside of Russia or the G7 respond to the initiative, including the countries of the Organization of the Petroleum Exporting Countries (OPEC). President Joe Biden traveled to Saudi Arabia earlier this summer in an effort to convince Riyadh to pump and ship more oil, partly in order to ease the effects of a possible price cap on Russia. At the time, it was reported that this could be a nearly impossible task, in part because Saudi Arabia may have already been out of supply.

But aiding the West in enforcing a price cap on Russian oil may also run counter to Saudi Arabian—and the other members of OPEC’s—interests. Setting a price cap poses a direct threat to OPEC’s ability to set global oil prices. “Paradoxically, Russia may get some help from the OPEC countries here. For them, an emerging buyers’ cartel risks potentially manipulating the entire oil market and its prices,” writes Vakulenko in a recent follow-up to his July article for Carnegie. Therefore, regardless of whether or not Saudi Arabia has additional oil supply, it may be hesitant to increase exports.

Although its response to a price cap remains to be seen, so far Saudi Arabia and OPEC have taken the opposite approach. As a result of a recent decrease in oil prices, the organization agreed to reduce production.

Finally, the G7 will likely also need buy-in from China and India for their plan to be successful. The two economic powers have been the big buyers since the invasion of Ukraine and are responsible for over half of all Russia’s seaborne oil exports. So far, both countries have been noncommittal regarding how they would respond to a price cap: Indian petroleum minister Shri Hardeep Singh Puri has said that he would consider the proposal but that he ultimately has no moral conflict with doing business with Russia. “I have a moral duty to my consumer,” Puri said earlier this month.

A spokesman for the Chinese foreign ministry said that Beijing hoped that “relevant countries will make constructive efforts to ease the situation through dialogue and consultation, not do the opposite.”

If Russia does not abide by the price cap, it could provoke a war of attrition between Moscow and the West. If Putin decides to halt exports to countries that enforce the cap before December, oil prices would again increase, creating a political headache for Biden ahead of the approaching midterm elections.

Consequently, while the intentions behind the price cap may be worthwhile, it may be difficult to carry out in practice. There are too many different stakeholders that must be accounted for, and if the G7, Russia, and OPEC are all unwilling to budge, the costs could be significant.