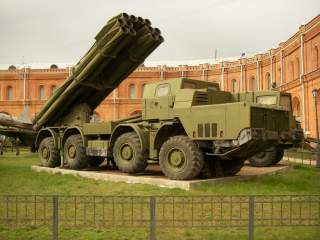 Nuclear relations in South Asia cannot be fully analyzed without taking into account the China factor. Strategic relations between China, India, and Pakistan constitute a unique nuclear triangle in which the parties share a history of conflicts and border disputes. Two earlier nuclear triangles — the U.S.-Europe-USSR and the U.S.-USSR-China—provide a framework to analyze how these nuclear triangles are different from each other, as well as what similarities exist.

One commonality is the fear that a small nuclear power is the most likely state to initiate a war. It is, therefore, important to pay attention to the nuclear postures of small states in a triangle. In the first nuclear triangle, France developed battlefield nuclear weapons. China, in the second triangle, maintained an “assured retaliation” posture. Pakistan, like France, has adopted an offensive nuclear posture with tactical nuclear weapons.

The concept of the “deterrence of the strong by the weak” was the foundation of the French Cold War nuclear strategy. France advocated the first use of nuclear weapons against the conventional or nuclear attack. If Moscow advances were not halted after the use of tactical nuclear weapons, then a massive strategic strike was to follow. For this purpose, France developed both tactical and strategic nuclear weapons and relied on a triad of delivery capabilities.

Still, France knew that it was not possible to deter the conventional and nuclear superior USSR without involving the United States. France’s initial use of nuclear weapons, it was thought, would force the United States into using nuclear weapons for the defense of Western Europe. President de Gaulle justified the presence of tactical nuclear weapons on the grounds that their initial use would drive the alliances to employ their strategic weapons. He stated, “The Alliance does not oblige [the United States] to be at our sides immediately, with all their might and all their weapons. That is why our atomic force is necessary. It is a triggering and driving force. It’s the starter.” In this way, the utility of tactical nuclear weapons was not only to deter the Soviet attack but also ensure the use of U.S. nuclear forces in defense of Western Europe.

The U.S.-USSR-China nuclear triangle started as a Sino-Soviet alliance to contain the United States, but emerged into a Sino-U.S. alliance against the Soviet Union as the Sino-Soviet split in the late 1950s. Specifically, the Nixon administration took advantage of the Sino-Soviet split in order to shift the global balance of power in favor of the United States. Washington used China to counter the Soviet Union because Beijing was a lesser threat than Moscow.

Since China’s nuclear weapons program was developed to prevent nuclear coercion, first from the United States and subsequently the Soviet Union, it relied consistently on “minimum deterrence.” Unlike France, China did not adopt an offensive posture, with the deployment of tactical nuclear weapons. Instead, Beijing’s nuclear posture has remained surprisingly consistent since it first tested nuclear weapons in 1964.

In the China-India-Pakistan nuclear triangle, Pakistan adopted a first use nuclear doctrine against conventionally superior India. After the overt nuclearization of South Asia in 1998, Pakistan initiated the Kargil war in 1999, the Twin Peaks Crisis (December 2001-October 2002), and the Mumbai attack in 2008. The last two crises were started when Pakistan-based militants attacked targets in India. During these crises, China did not support Pakistan and instead remained neutral. While China is willing to support Pakistan against an existential Indian-initiated threat, it is not willing to support Islamabad if Pakistan is the country that provokes the crisis. Moreover, despite its close relationship with Pakistan, China is not willing to adopt exclusively conflictual relations with India. In fact, with India’s rising economy and growing strategic partnership with the United States, China has a clear interest in maintaining stable relations with New Delhi. In this way, there is less inherent tension in the Sino-Indian leg than the Indo-Pakistani leg of this triangle.

France and Pakistan developed nuclear weapons to deter conventionally superior enemies. In the case of France, the United States had given an explicit security assurance for the defense of Western Europe. It was not the possession of tactical nuclear weapons that deterred the Soviet Union, but America’s strategic arsenal. Pakistan, however, does not have such a security guarantee and does not take into account the fact that tactical use of nuclear weapons has strategic implications.

After the 1969 border conflict, China realized that it was not possible to deter the Soviet Union by itself. China’s nuclear program was in its early stages after its 1964 nuclear test, and it is estimated that Beijing only had ten nuclear weapons in 1969. Mao saw improved relations with the United States as a useful counterbalance to the Soviet threat. Beijing, however, maintained diplomatic flexibility. In the 1970s it was not entirely clear that Beijing would further consolidate strategic cooperation with Washington. By the 1980’s, the Soviet Union was exploring the option of improving relations with China.

Saira Bano is a visiting research fellow at the Stimson Center, Washington D.C.