Be Afraid: The EU's Next Economic Crisis is Looming 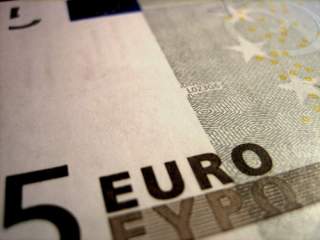 While Ukraine has wiped much economic and financial news from the front pages, Europe’s problems have taken a turn for the worse. Signs of inordinately low inflation and possibly even deflation now threaten to compound all the debt and policy problems that have bedeviled the euro zone for over four years now. To meet this new challenge, the European Central Bank (ECB) has promised a particularly energetic response. But even if it were to act on all its promises, immediately and thoroughly, there is only so much it can do. Monetary policy, even of the most energetic kind, cannot ultimately answer Europe’s needs. The best the ECB can do is buy time for more fundamental economic and fiscal reform in each member nation, especially in regulatory, labor, and product market policies. Without this (or extraordinary good luck) Europe’s problems can only get worse, no matter how active the ECB.

The deflationary threat is clear. As of the most recent report, zone-wide inflation over the past twelve months came in at a mere 0.7 percent. In Ireland and other countries of Europe’s troubled periphery, reports already indicate outright deflation. Inflation can have its own evils, but that does not mean deflation is harmless. On the contrary, all involved—the ECB, governments, investors, and business people—see it carrying a dual threat. On an economic level stands the warning of Japan, where deflation has contributed to two decades of stagnation. On the financial side, deflation raises the already great risk of default, for falling price levels would mean that the payments on Europe’s already outsized debt load, typically fixed in euros, would demand more and more real revenue, something these already-beleaguered nations can ill afford.

With both these concerns in mind, but especially the implicit default risk, the ECB has atypically promised bold action. President Mario Draghi, contrary to all earlier pronouncements, has promised “extraordinary measures” to guard against deflation, describing the bank as “resolute” and willing “to act swiftly if required,” including a resort to outright asset purchases, commonly called qualitative easing. This is a far cry from his past reluctance to make such purchases or his tendency to use guarded language. It is even more remarkable, considering that at the same time the Federal Reserve in the United States and the Bank of England are beginning to unwind their quantitative easing programs. Draghi has even talked about negative interest rates. Following a policy previously used in Denmark, his thought is that deflation would have more difficulty taking root if banks lent more freely to businesses and individuals; he is convinced that they would do so if, instead of paying them interest on the spare reserves they keep on deposit at the ECB, they actually had to pay a charge on them.

The pressure on Draghi and the ECB is that much greater, because low inflation has already blunted past stimulative policy efforts. To date, the ECB has relied mostly on low interest rates to relieve the strain on debtor nations and generally reliquefy the financial system. But with each notch down in inflation, those rates look less low in real terms. In 2012, for instance, when the ECB held short-term interest rates at 1.5 percent, zone-wide inflation averaged 2.5 percent. The real expense of borrowing that year was actually a negative 1.0 percent. But in the intervening period, interest rates have fallen only 0.5 percentage points, but the annual rate of inflation has fallen by almost two percentage points to, as indicated, near 0.7 percent. The real cost of borrowing has accordingly risen out of negative territory, still low by broad historic standards but clearly a lot less supportive than it was two years ago.

Even if the ECB performs brilliantly and stems the deflationary tide, it can still only offer Europe partial relief. The best that monetary efforts could ever promise was a period of relative financial calm and reduced borrowing costs to give these debtor nations time to fix their finances, presumably through a combination of economic growth and fiscal austerity. The ECB, in other words, has only ever offered deeply indebted nations a kind of low-rate bill-payer loan, such as households use to avoid bankruptcy while they get their finances in order. Just like a bill-payer loan, however, such palliatives fail unless the recipients use the time to cut spending or increase income (grow, in a nation’s case) or both. It was always a precarious effort now made considerably more difficult by the prospect of deflation.

If anything, then, this latest twist in the saga of Europe’s crisis makes austerity and fundamental, pro-growth reform that much more urgent. Just like the household clinging to its bill-payer loan, these nations cannot abandon fiscal austerity. Some, most particularly France, have floated the idea of giving up on austerity to use government spending as a way to produce some growth momentum. Though it is true that fiscal austerity stymies growth, such an approach would ultimately defeat itself. Any let up in fiscal discipline would signal markets of a new flow of debt on top of an already huge existing supply. Bond buyers, investors, and bankers would become that much more wary. Default fears would gain greater currency. Markets would become less stable. Governments would quickly find it more expensive to finance their fiscal ease.

In the event then, the nations of the euro zone have but two options. One is hope that somehow, with no additional policy effort, the economic situation will improve and promote enough growth to make the existing debt overhang supportable. This appears to be the French approach. The other option is to implement pro-growth fundamental reforms, even as these nations adhere to fiscal austerity. Such reform efforts have gone in and out of fashion among Europe’s periphery during these past four years of crisis. Now, as once before, those who would seek such change are watching the latest Italian experiment.

A couple of years ago, Italy, under its interim prime minister, Mario Monti, charted this necessary course. Acknowledging the need to sustain fiscal austerity but recognizing that the nation could never shoulder the existing debt burden without growth, he modeled his effort on successful German reforms of some years earlier, aiming to make Italian labor and product markets more flexible. Under pressure from the crisis and Italy’s desperation, he managed to enact labor market reforms that in prior years had failed again and again. These encourage job creation by making hiring and firing easier and less costly. By also allowing management more latitude to set work rules, his reforms promised more reliable growth by improving business’ ability to cope better with economic fluctuations. Politics, however, interfered. Monti was forced from office and the reform movement, if not rolled back, lost momentum. More recently, however, the country, still desperate, has revivified the effort. Its new prime minister, Matteo Renzi, campaigned on the need for such fundamental reform and recently announced a multi-year plan to promote long-term growth.

Whether Renzi and Italy can follow through is an open question. The country has already faltered once along this path. Still, it is reasonable that Italy should embrace this urgent need. Next to Greece, it was one of the continent’s most deeply indebted nations, a major contributor to the crisis, and one of the countries most in need of debt relief. What happens with Renzi’s effort, then, has the power to create or destroy hope for Europe’s ultimate recovery, especially now in the face of deflation. But even if Rome fails, Europe still has options. Greece, Spain, Portugal, even France have contributed mightily to the debt overhang that lies at the root of this crisis and have great potential to respond to the kinds of economic reforms adopted by Germany in the last decade and attempted by Italy more recently.

It would have a certain poetic quality if Italy, previously one of Europe’s leading examples of economic dysfunction, lead the continent’s healing effort. But whether the Italians or some other periphery nation takes the lead, the reform is urgent, especially now that the prospect of deflation makes it still more difficult for the ECB to buy time. If no one moves, as no one has sufficiently to date, the crisis will continue, while the monetary palliatives will become less and less effective as, indeed, the deflationary threat is already demonstrating.

Milton Ezrati is senior economist and market strategist for Lord, Abbett & Co. and an affiliate of the Center for the Study of Human Capitol at the State University of New York at Buffalo. He writes frequently on economics and finance. His latest book, Thirty Tomorrows, just out from Thomas Dunne Books of Saint Martin’s Press, deals with the link between aging demographics, globalization, and the radical changes these will bring to all developed economies.