Behold: The Great Congressional Landgrab of 2014 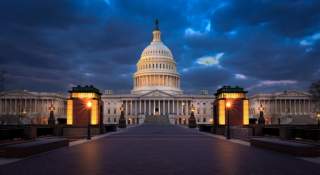 Page 1,163 of the National Defense Authorization Act (NDAA) states: “The land conveyed under this subsection shall be used only as a motocross, bicycle, off-highway vehicle, or stock car racing area, or for any other public purpose consistent with uses allowed under the Act of June 14, 1926 (commonly known as the ‘Recreation and Public Purposes Act’)…”

You may ask yourself: What in the world does this have to do with defending America against the numerous threats we face? The answer is: nothing. The NDAA, however, is the last appropriations train leaving Washington before the new Congress, and it is being slathered with all sorts of things that have nothing to do with the single most important job of the federal government—defending America from all enemies, foreign and domestic. This is a job all public officials pledge to carry out, and for Congress, it should begin with taking their responsibility to exercise the power of the purse seriously. Quite simply, that means using the NDAA to fund defense.

[Senator Tom Coburn is one leader who takes that responsibility seriously and has been finishing his service in the Senate strong, opposing the business-as-usual practice of stuffing goodies into the NDAA. Coburn is championing a defense authorization bill that is what it purports to be—a defense bill. Who will stand with him is the question.]

Advocates of the provisions that have nothing to do with this most crucial mission will tell you, “That’s the way we have always done it.” This, however, is exactly the problem, and one of the reasons voters replaced many in Congress last month. This is how we just hit $18 trillion in debt and counting. Among the many things inside this section that continue the endless expansion of the federal bureaucracy and federal footprint—more land locked up in restrictive wilderness, more parks, more Wild and Scenic Rivers, more National Heritage Areas and groundwork for a National Women’s History Museum—there may be things worthy of support. That, however, is beside the point. Title XXX does not belong in this legislation. If there are parts of it that merit Americans’ hard earned tax dollars, we should fund them through the right appropriation legislation, rather smuggling them (see examples below) onto the NDAA train.

Sec. 3056. Commission to study the potential creation of a National Women’s History Museum.

Again, some provisions for national parks and battlefields could be good ideas. But good ideas aren’t usually tacked on to completely unrelated bills; that’s reserved for the stuff Congress doesn’t want you to see.

In this case, Congress is hiding a landgrab by the federal government. A quarter of a million acres will be designated “wilderness” and thus off limits for energy production and other industries. This affects Americans everywhere, especially those looking for jobs or praying for lower energy prices. They’ll be thrown under the bus because of this carve-out for radical environmentalists.

The federal government already directly owns nearly a third of American soil. If Congress wants to gobble up more, it should give us a chance for some real public debate; not bury it in unrelated defense bills to pander to special interests.

A former U.S. Senator from South Carolina, Jim DeMint is president of The Heritage Foundation. Follow him on Twitter: @JimDeMint.